Higher than average numbers of Ring Ouzels have been seen passing through west Cornwall during the last couple weeks.  Buttermilk Hill and Rosewall Hill area has recorded the lion's share with a maximum of seven on 31st March, four on Sunday 1st April and four on Good Friday.  Other records include one at Nanquidno 21st March, three at Buttermilk 24th, one at Windmill Farm 25th March, one at Godrevy 26th March and Land's End.  The images below were taken today of a female at Buttermilk.
Ring Ouzel is a scarce passage migrant through Cornwall.  The species does not regularly breed in Cornwall though has done so in 1970 and 1996.
Further information: source Ring Ouzel info
The Ring Ouzel (Turdus torquatus) is a summer migrant to Europe and Fennoscandia, where it is characteristically associated with upland areas. The British population has declined steadily since early in the 20th century, and the species' range contracted by 27% between 1970 and 1990.  A national survey in 1999 suggested that this decline was continuing and estimated that fewer than 7,600 pairs remained.
As a result, the species is now of high conservation concern in Britain. British and continental ouzels winter in similar areas of Spain and north-west Africa, and whereas the species has declined in Britain, its numbers are thought to be relatively stable on the continent. Therefore, it is thought that the decline in British breeding ouzels is due to factors in Britain, rather than elsewhere. 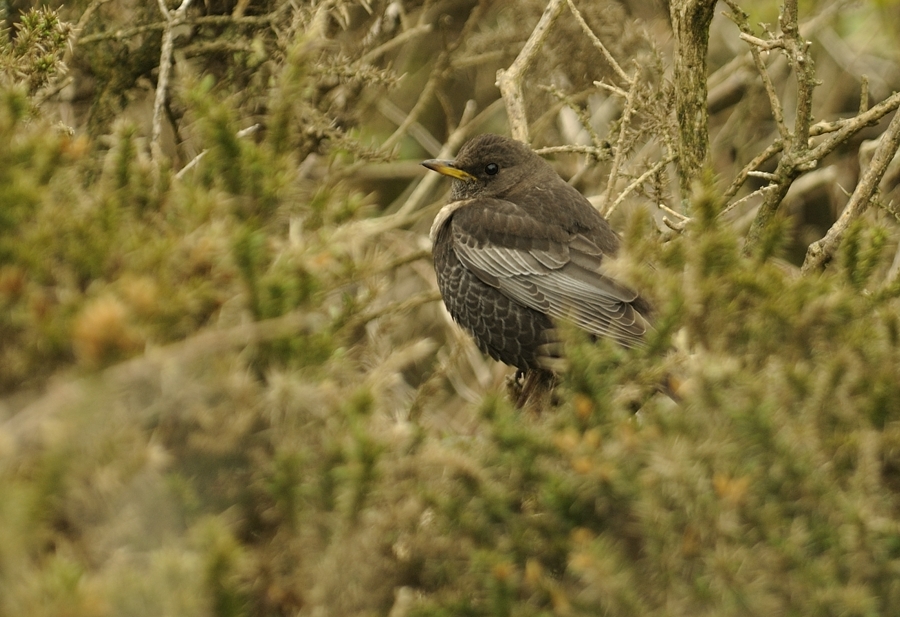 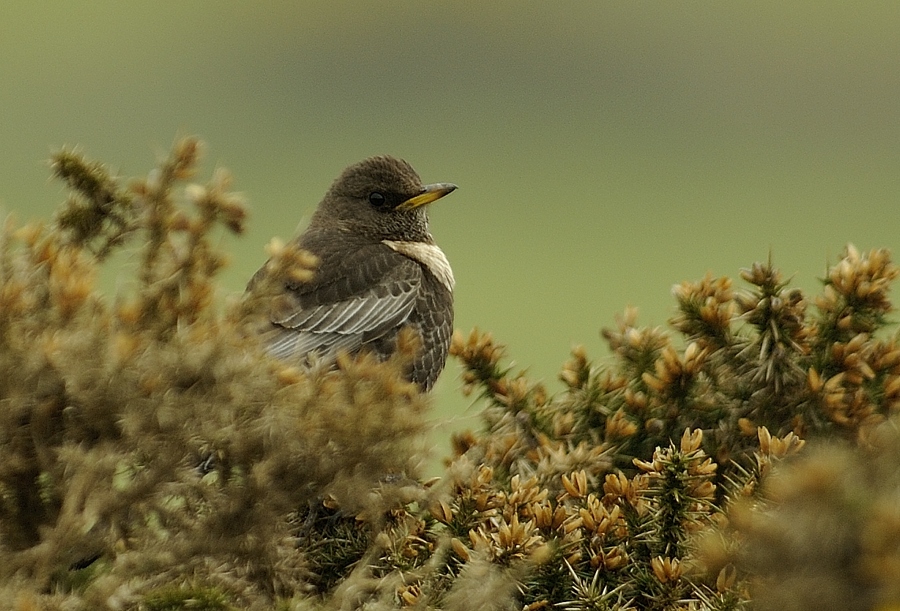