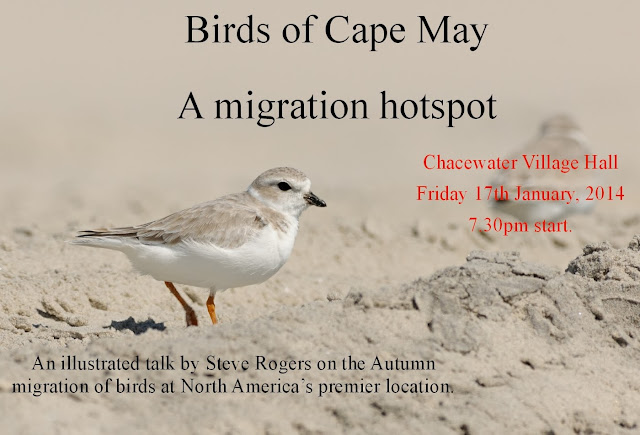 Posted by swopticsphoto at 18:58 No comments:

This handsome drake Mandarin has been present at Tresemple Pool, St Clement for the last three weeks.  It is free-flying and quite flirty with the local male Mallards!  Whether it is a genuine bird or an escape from a local collection, I guess we will never know.  Anyway, it's worth a look in this stunning plumage.

Email ThisBlogThis!Share to TwitterShare to FacebookShare to Pinterest
Labels: Mandarin

This morning Steve Kolodziejski and me located the three White-rumped Sandpipers on Ryan's Field, Hayle.  These three (1 ad and 2 first winters) have been giving me the runaround for the last two weeks.  Eventually two first winters flew across the road and into very close view with the sun behind us.  The bird below is one of the first winters.

More images here on Flickr.
Posted by swopticsphoto at 13:28 4 comments:

The wind this morning reached gale force though sadly never quite found the desired north-westerly direction.  Nevertheless, the morning was fruitful and several decent birds were seen, including Pomarine Skua, Grey Phalarope, Little Auk (BKM only), good numbers of Balearic Shearwater and a debatable Surf Scoter.  I say debatable because we later heard that a female flew past Pendeen with two drake Common Scoters.  We saw this group at some distance through bins only, but failed to id the Surf Scoter at St Ives.  The age-old question is can you year-tick it retrospectively?

Below are some images of the day including several different colour phase Balearics.


Posted by swopticsphoto at 22:33 No comments:

A look down memory lane

I've been meaning to copy some old slides from my collection.  I managed to find a used Nikon slide copier and link it to my digital SLR.  The slides are from various Cornish photographers including Pete Walsh, Gary Cockill and Brian Mellow.  I used to use these exact slides at evening slide-shows and at the time thought they were stunning quality.  They were the best of the day but how things have moved on with the constant improvements in technology.   All of them are unaltered and appear exactly as the slide appears.  I'm sure the photographers won't mind me reproducing them here again.