Both Black-necked and Slavonian Grebes showed really well today in the harbour area and at Sandy Cove respectively.  Both species are regular at this site.  In fact, both these species were present last year in exactly the same place, leading one to suspect they are the same returning birds.  Black-necked Grebes are known to be faithful to wintering sites.

On what must be the brightest and driest day of the whole Christmas period, I was really pleased to see both these birds so obligingly close to the shore.  The Black-necked was just ten yards from the tideline! 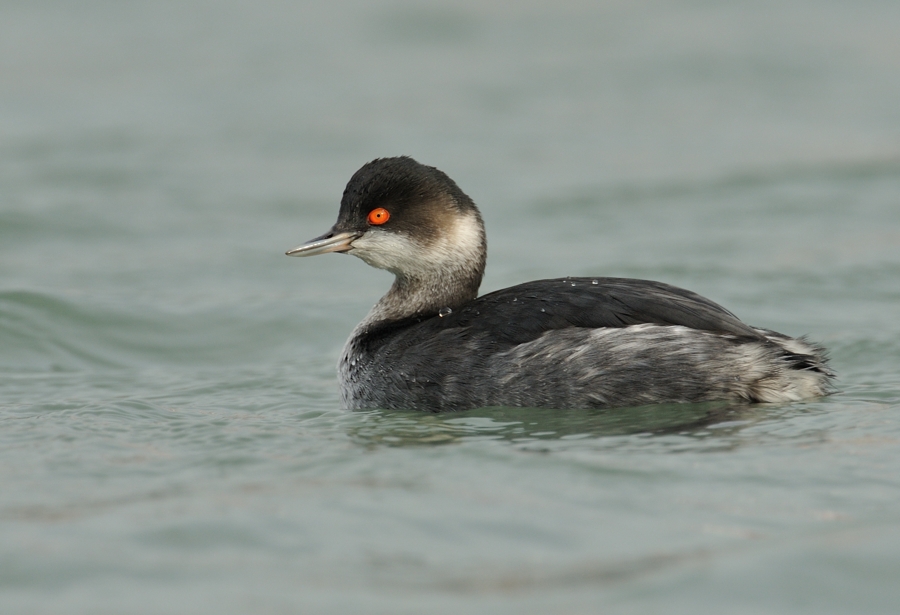 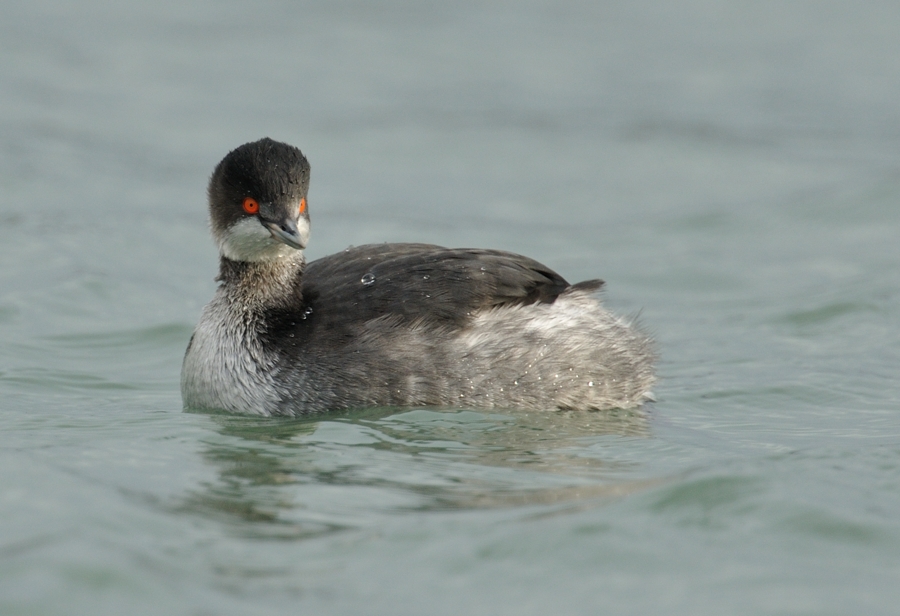 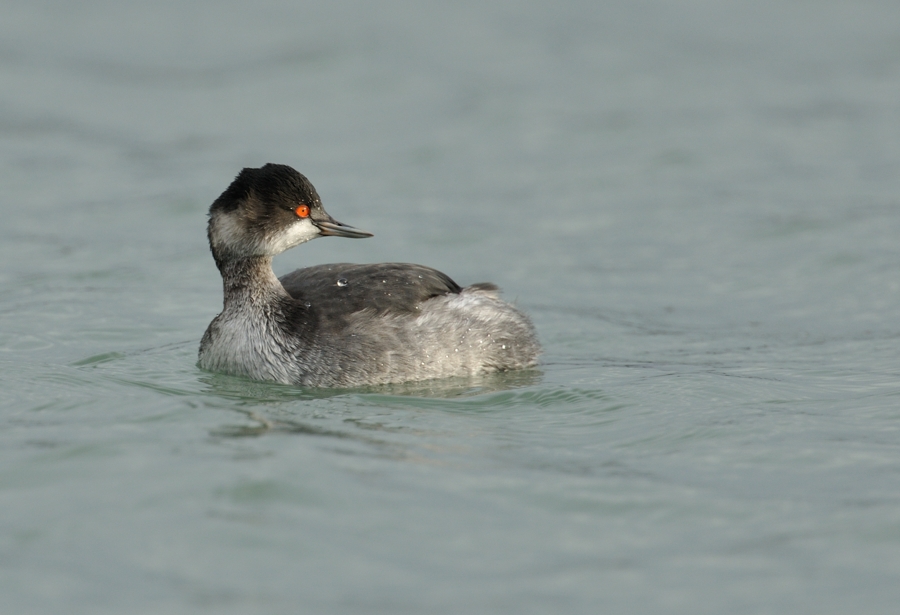 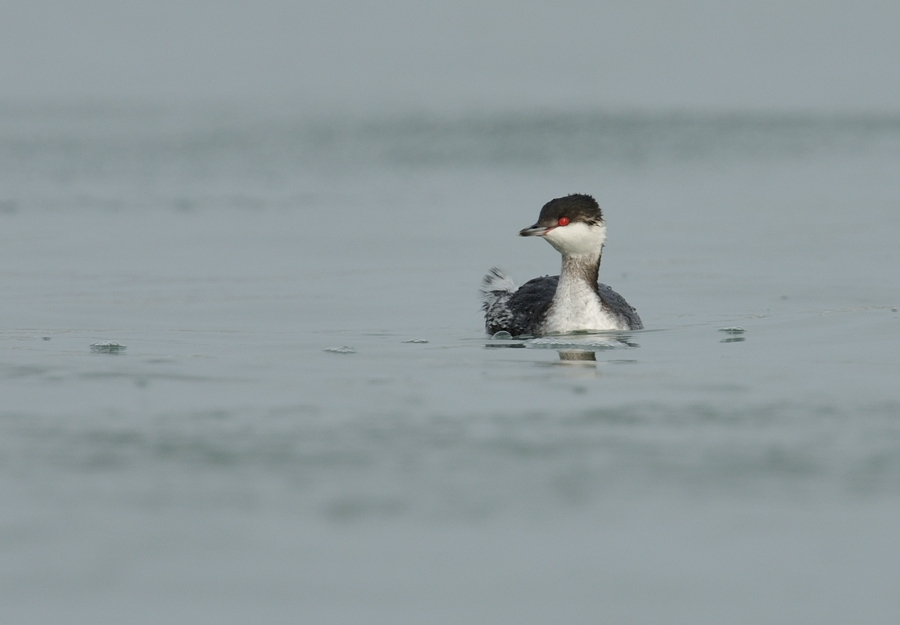 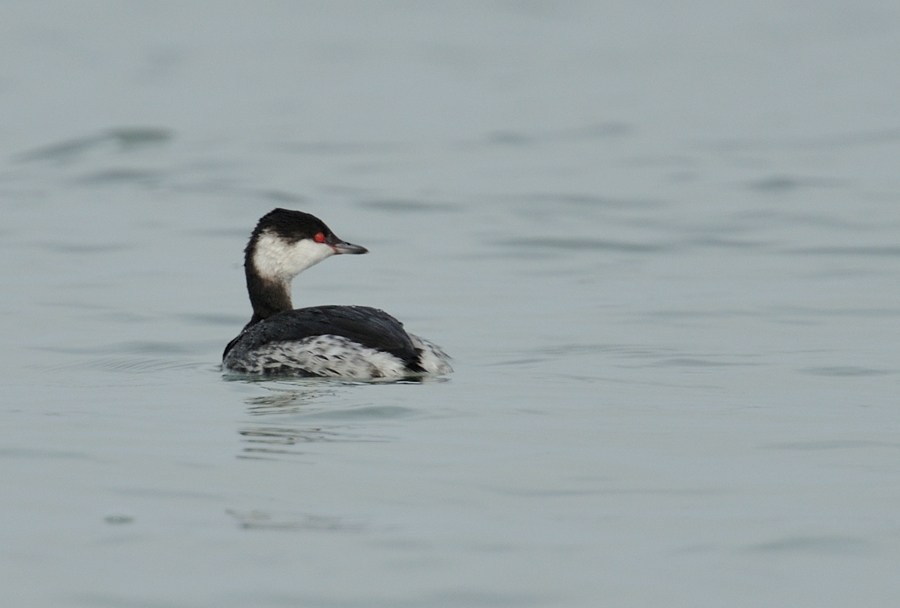 Posted by swopticsphoto at 22:46 3 comments:

This first year Long-tailed Duck appears to be over-wintering in the harbour at Portscatho.  First found several weeks ago, it favours the harbour area and also nearby Rosevine beach.  Today was the closest I have seen it, but still fifty yards or so off the rocks.  With the lack of white in the crown and any trace of white in the mantle and wings, this is presumably a first year female.  This is the third record of the species so far this winter in Cornwall, following an adult male at Carnsew and a first year bird at St Gothians. Gerrans Bay is a regular haunt for Long-tailed Duck but I have only seen them nearer to Nare Head than in Portscatho. 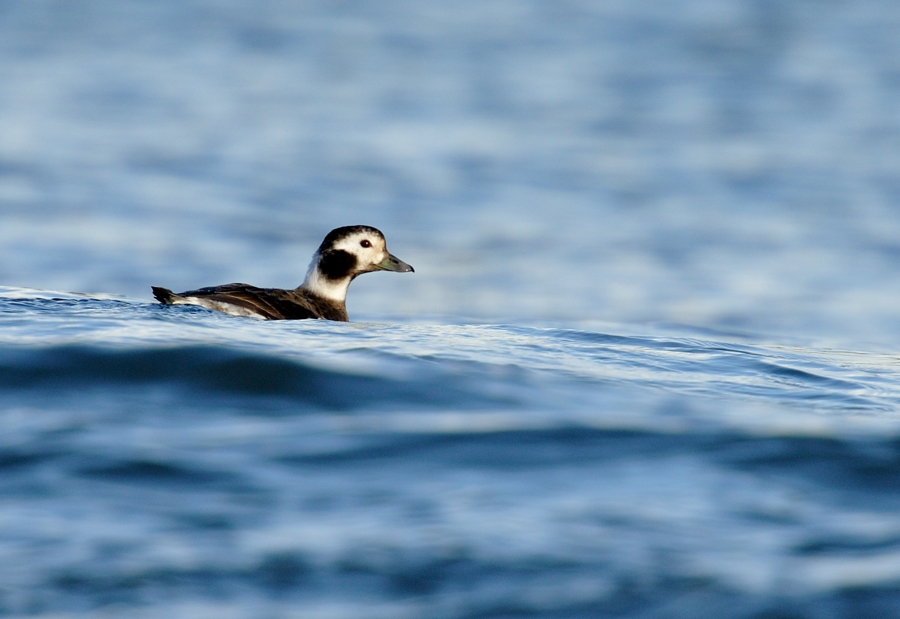 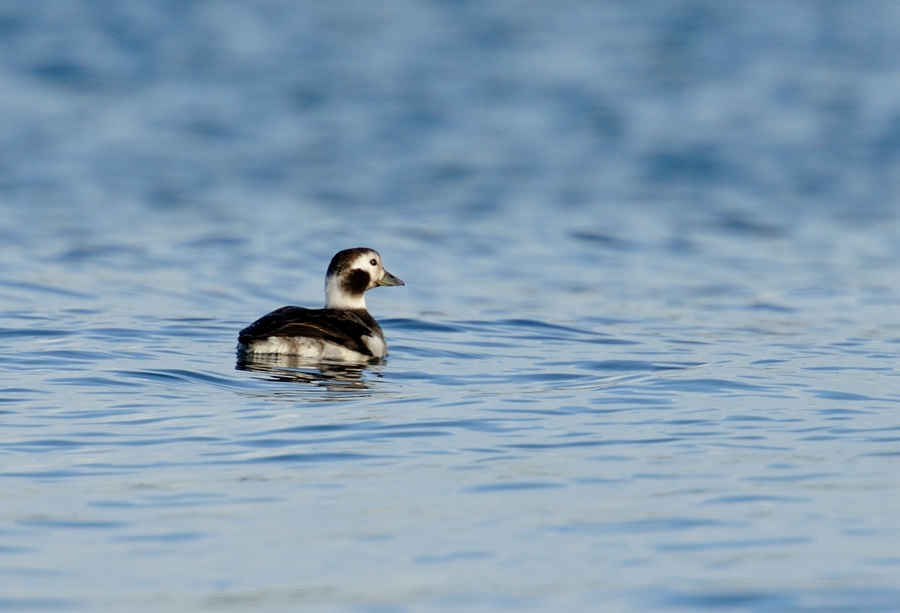 Posted by swopticsphoto at 16:37 No comments:

Show us your ring

This drake Ring-necked Duck was first reported on Saturday 15th Dec by Bob Davey at Par beach pool.  Most likely this is the returning bird from last year.  The species' name derives from a small purple ring round the front of its neck, just visible when it stretches, as shown in the image below.  Unless it stretches its neck, the purple ring is seldom actually seen.  Another Ring-necked Duck is also in the county at Siblyback Reservoir. 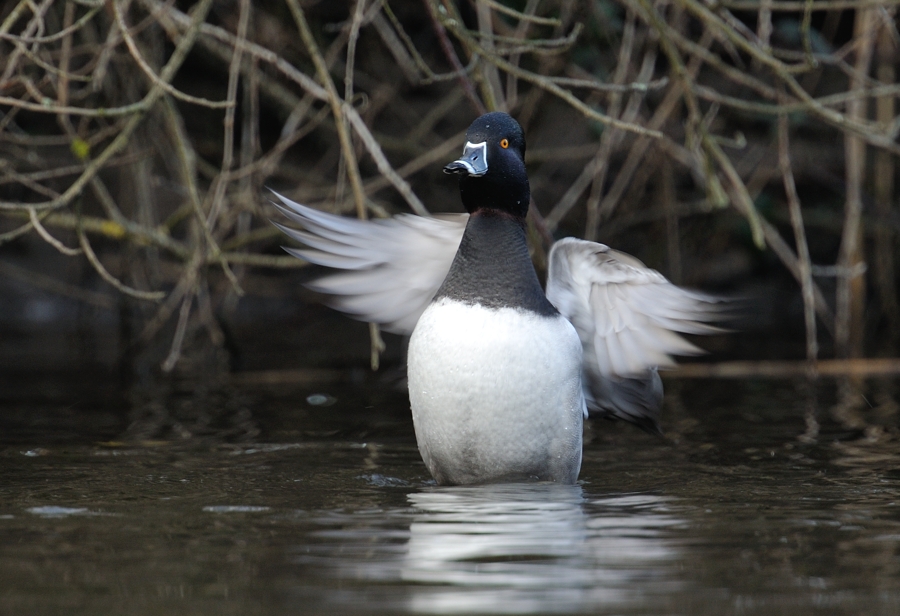 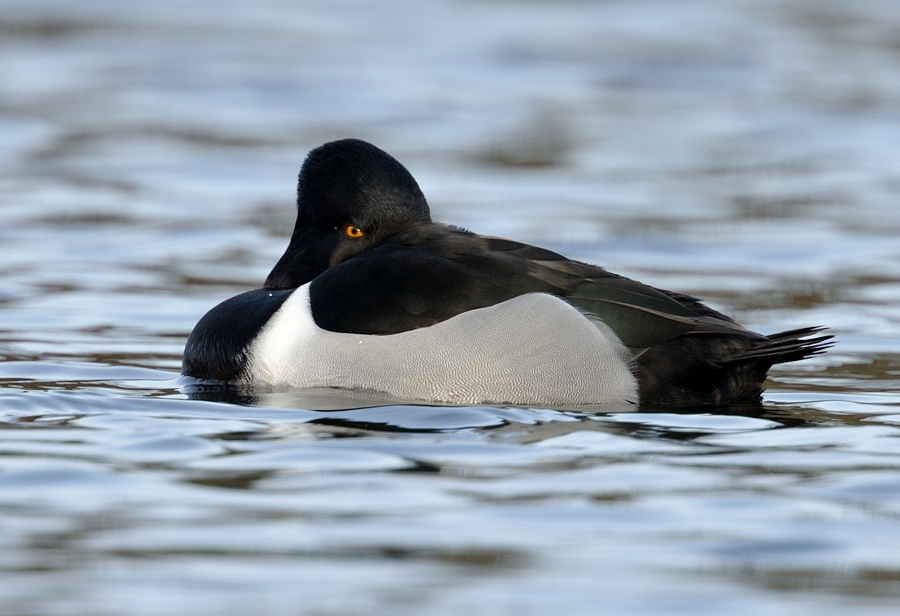 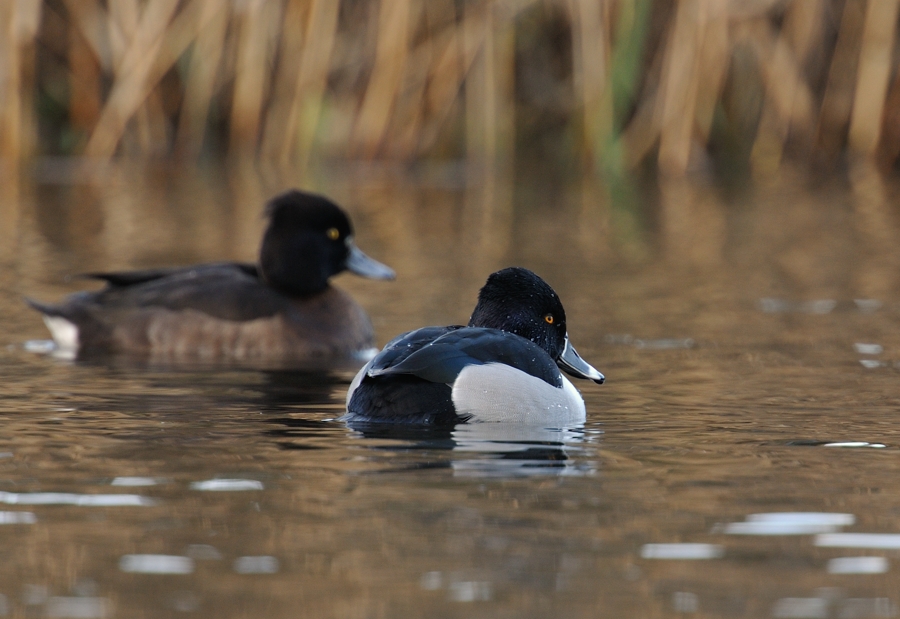 Posted by swopticsphoto at 16:19 No comments:

Latest DVD edition of the popular Birds in Cornwall series for 2011.

The long-awaited 2011 edition of John Chapple's DVD of Birds in Cornwall has just been published. This is the first DVD since 2007. The long wait though has been worth it as this edition is packed full of 96 species of top rarities, scarce birds and some commoner species as well, all filmed in mainland Cornwall. (The only exception is the Baltimore Oriole filmed on Scilly).

The double DVD set has a running time of 54 minutes and 72 minutes respectively, all in High Definition quality, some of the footage almost reaching Blu Ray quality! (Note: quality depends though on your own TV's quality).

Highlights include virtually every single rarity seen in the county during 2011. Quite an incredible feat in its own right. Highlights include the Gull-billed Tern at Nanjizal, Subalpine Warbler at Land's End, male Montagu's Harrier on the Lizard, Western Bonnelli's Warbler at Poljigga, Semipalmated Sandpiper at Davidstow, Desert Wheatear at Nanjizal and several North American rare waders to name just a few!

The most important species also include the Greater Yellowlegs at Wadebridge (first or second record for Cornwall depending on your geographical persuasion), Scarlet Tanager at St Levan (second for Cornwall) and the Bufflehead at the Lizard (first record for Cornwall).  Whilst there was no excuse for not seeing the Bufflehead, the recording of the yellowlegs and tanager required extra dedication.  Watching this DVD, one can only wonder just how much time was spent in gathering the footage but also post-editing as well.

In addition to the careful selection of footage, Chapple has added some very informative narrative to every single species.  This has created a delightfully local knowledge to the video.

In summary, this is an essential addition to any birding enthusiast's collection or students of birding in Cornwall.  The DVD priced just £15 can be ordered securely via this LINK or collected in person from South West Optics in Truro.

As 2012 comes to a close, below are some of the year's highlights for me.  I have written a little caption beneath each image.  They sum up everything about the year and the experience at the time.  And the best experience of all? It must be Cape May in New Jersey.   The truly awesome migration of passerines, raptors and Monarch butterflies will be remembered forever.

Posted by swopticsphoto at 20:45 2 comments:

Cirl Bunting on the Roseland

I spent some time today birding on the Roseland area of Cornwall.  Divers and grebes were my main target.  The sea state was calm and visibility was good.  I expected to see more but had to be content with six Great Northern Diver, six Black-throated Diver, one Slavonian Grebe, one Long-tailed Duck, one unseasonal Whimbrel, up to 200 Dunlin and a Grey Plover.  I also counted at least 16 Mediterranean Gulls, mostly adults.  I was walking the coast path when I stumbled across a flock of 30 Skylark and about ten Cirl Bunting feeding in some stubble.  I managed to get a couple distant shots.
Cirl Buntings have been the subject of a RSPB and Natural England re-introduction project, which has been running since 2007.  Summer 2011 was a particularly strong year when above average young were reared. This enigmatic farmland bird used to range across Cornwall, but disappeared in the early nineties. Thanks to the ongoing reintroduction project, it has been returned to one of its past haunts and the population is growing. More information can be found HERE  Stuart Croft's informative update can be found on the Roseland-Online website HERE . 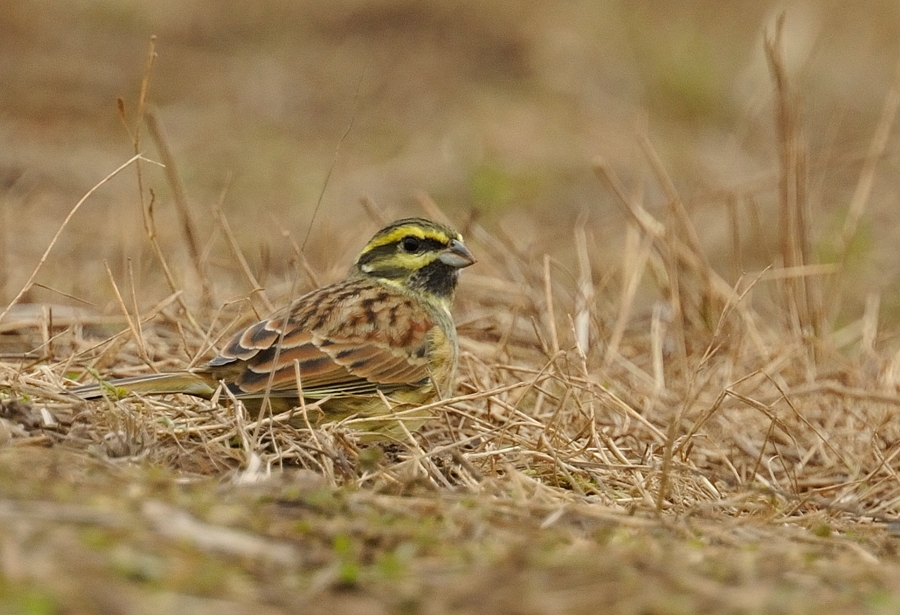 Posted by swopticsphoto at 18:42 No comments:

Two Bitterns have been seen at College Reservoir near Falmouth recently.  Today was the first chance I had to try and find them.  I saw the one below on the west side of the island. It stayed in the open for a few minutes before walking off into the undergrowth.  (For some reason the footpath has been closed by SWLakes but tbh, I walked past the sign as I wasn't going far anyway.  I think the health and safety jobsworths are having a laugh.) 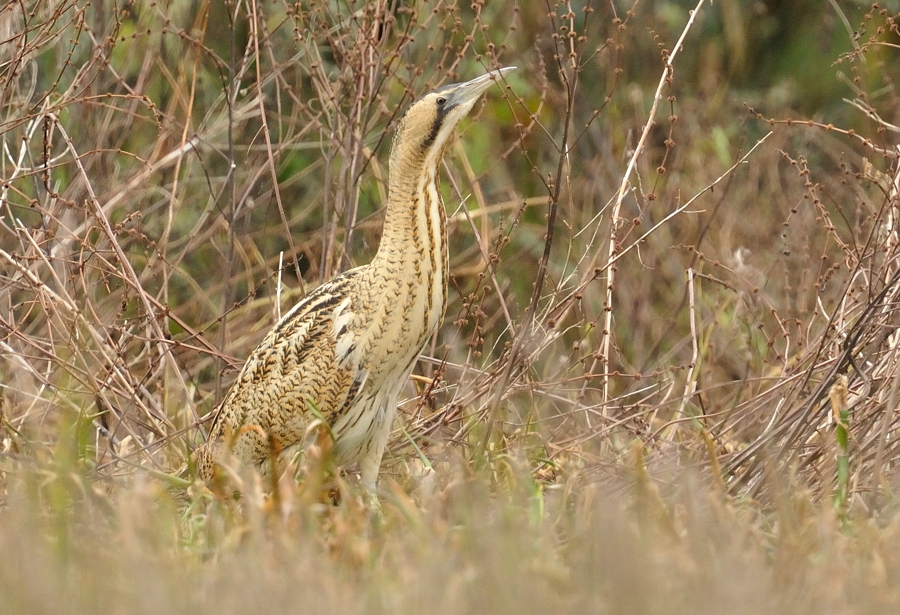 Posted by swopticsphoto at 16:36 3 comments:

A summary of reports in Cornwall so far are listed below.

One was at Penzance on the 27th.  A flock of ten were at Cubert (29th Nov), two Wadebridge (29th), five Falmouth (29th), two Gerrans (29th). Three were seen at Roman Drive, Bodmin and two at Lanner on 29th Nov. Two more were seen on the 29th in Ludgvan Churchyard.  Seven were seen on the 30th at Marlborough Crescent, Falmouth decreasing to five throughout the rest of the day. However, this number had increased to eight on 1st Dec.   Presumably the same flock of eight were also seen at Lambs Lane, Falmouth on the 2nd Dec.

Five had reached West Cornwall - two were at Seaview Caravan Park, Sennen on 1st Dec, another two were at B&Q Penzance the same day and another was on West Place, St Just.  The West Place site had increased to three birds on 2nd Dec. 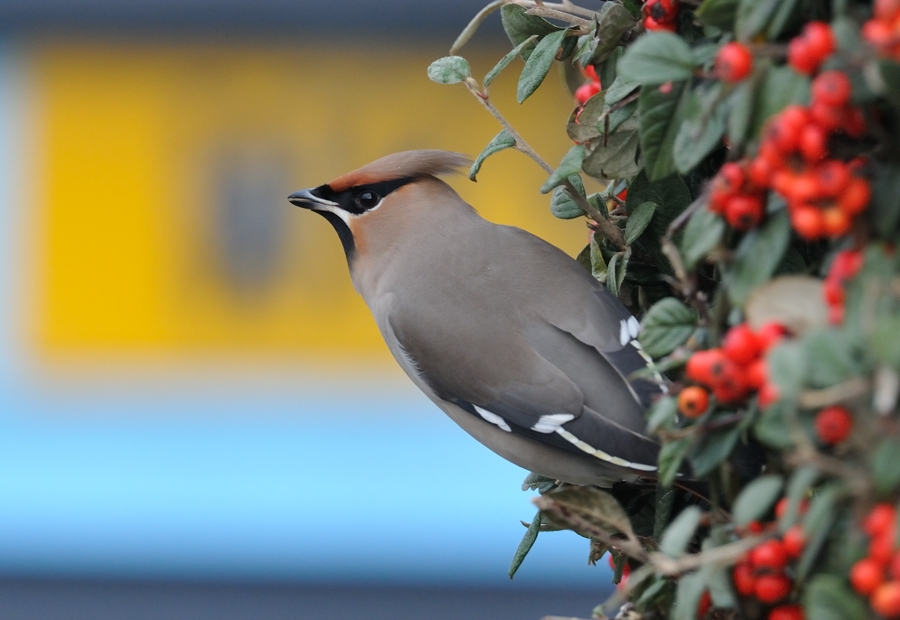 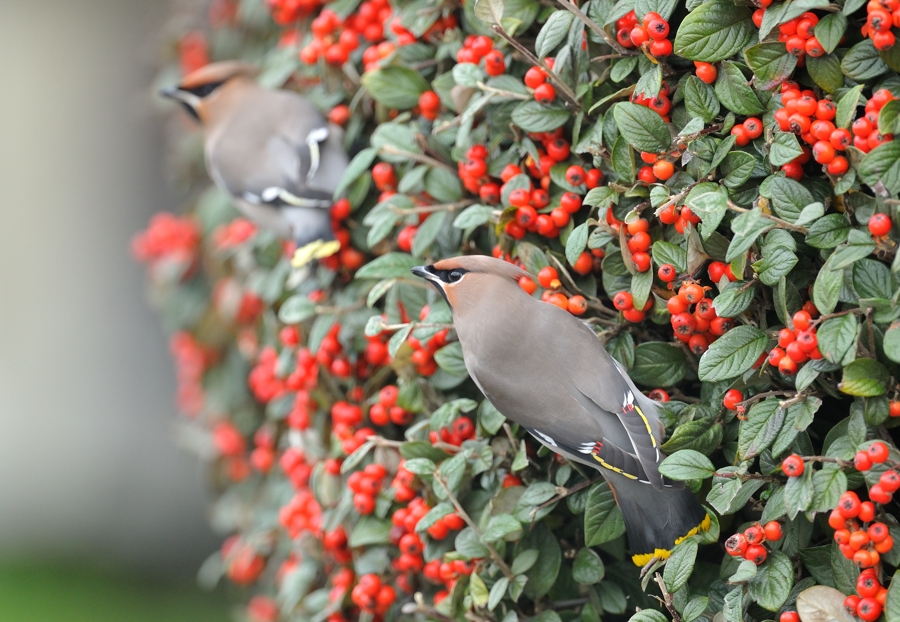 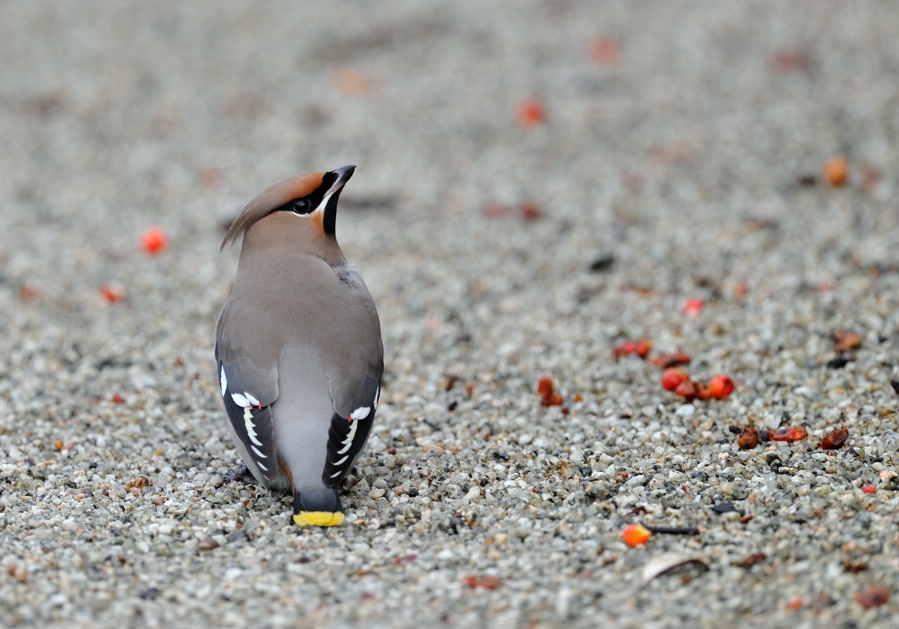 Bohemian Waxwings breed in the forests of northern Europe and Russia.  Their main diet is fruit and berries.  They are not true long-distance migrants, but wander erratically outside the breeding season and move south from their summer range in winter. In poor berry years, huge numbers can erupt well beyond their normal range, often in flocks that on occasion number in the thousands.  It's unlikely that Cornwall will witness thousands though the 20 or 30 recorded so far is well beyond normal numbers.

Posted by swopticsphoto at 21:10 No comments:

Invasion of Bohemian Waxwings in Cornwall

The recent shift of weather from excessive rain last week to cold conditions this week has seen a relatively large invasion of Bohemian Waxwings in Cornwall.  At least 20 have been reported across the county.  This number is above the county average. Highlights have included ten at Cubert (29th Nov), two Wadebridge (29th), five Falmouth (29th), two Gerrans (29th) and one at Penzance on the 27th.  Seven were seen early this morning at Marlborough Crescent, Falmouth decreasing to five throughout the rest of the day.  (Images of these birds below).  Meanwhile, in other parts of the UK, scores have been moving south, with large numbers reaching the South Coast, the Midlands and central Wales.
Fingers crossed, we should see even more of these photogenic birds. 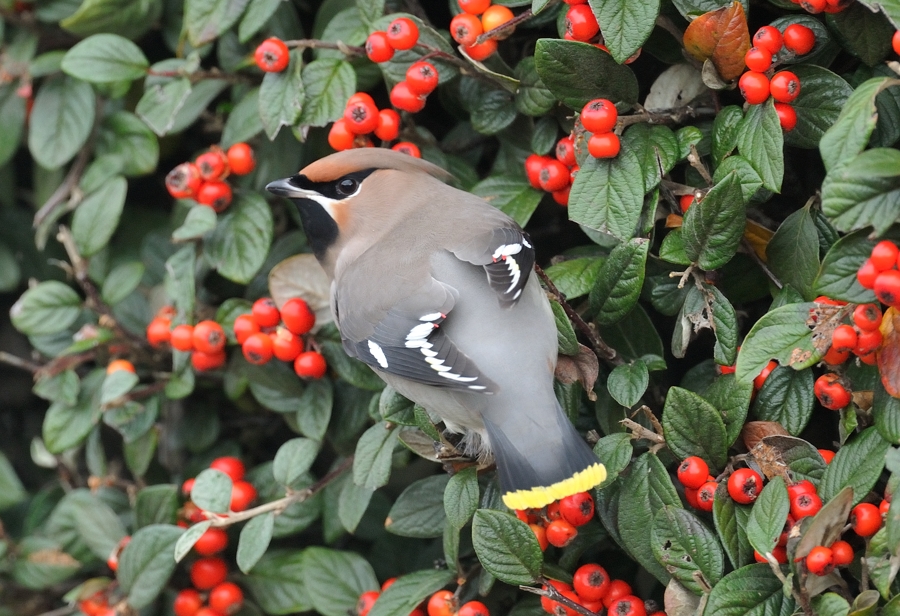 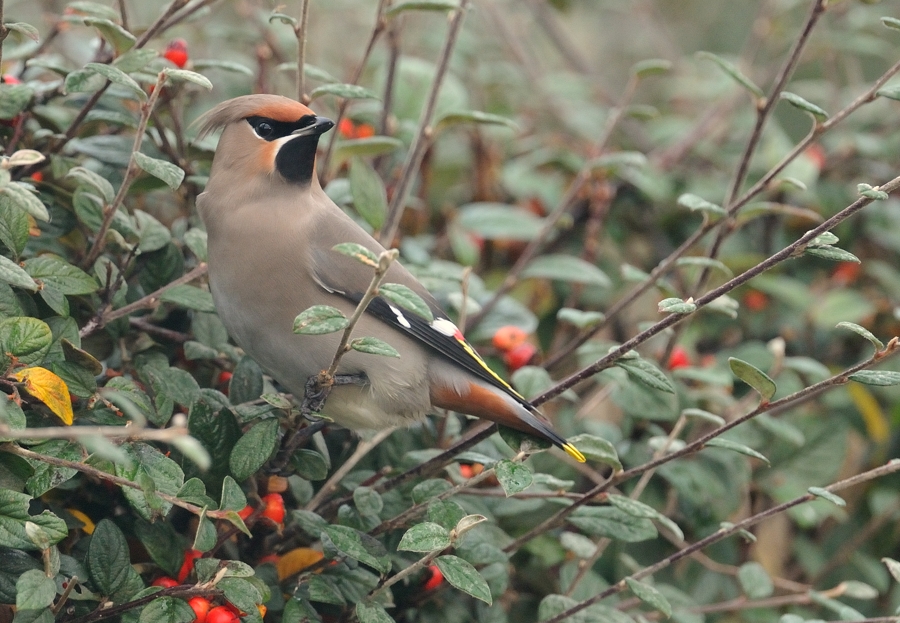 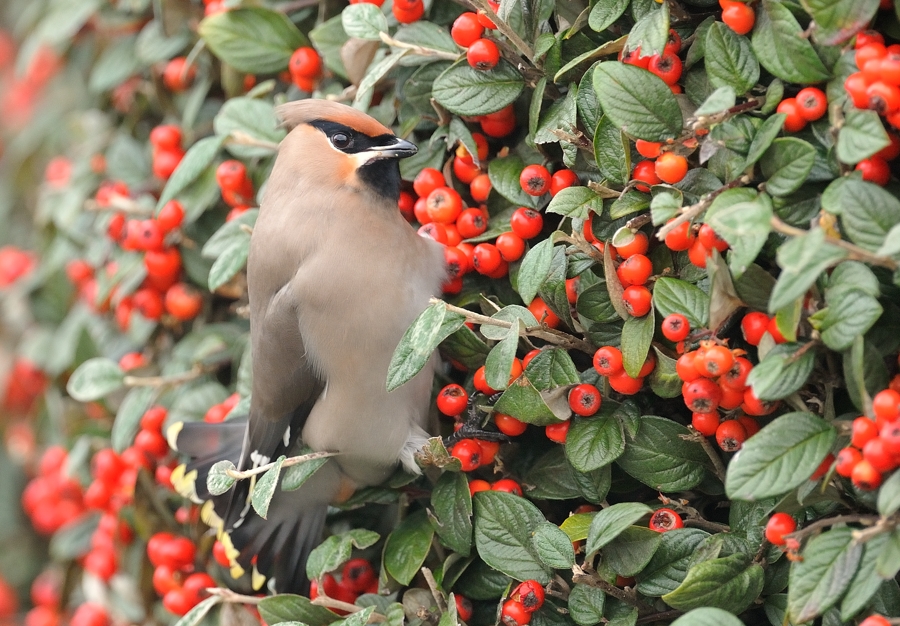 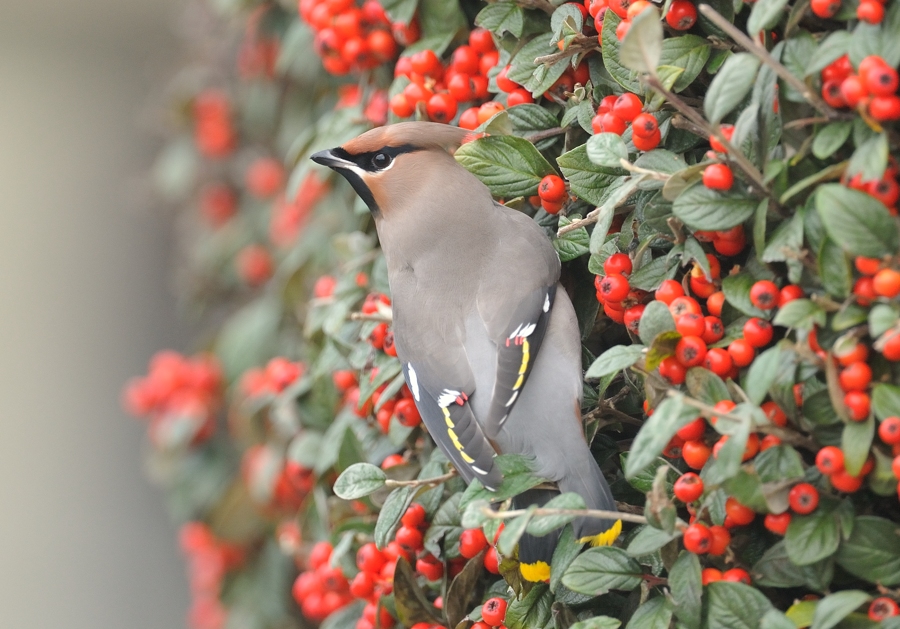 Posted by swopticsphoto at 20:17 2 comments:

This must be the most photographed Long-tailed Duck in the UK!  That said, when you look as smart as this, who can resist a few more shots.  This species is normally very scarce in Cornwall and even more so on sheltered "inland" pools.  This series was taken last Sunday but this weekend there is also news of an immature male at nearby St Gothians. 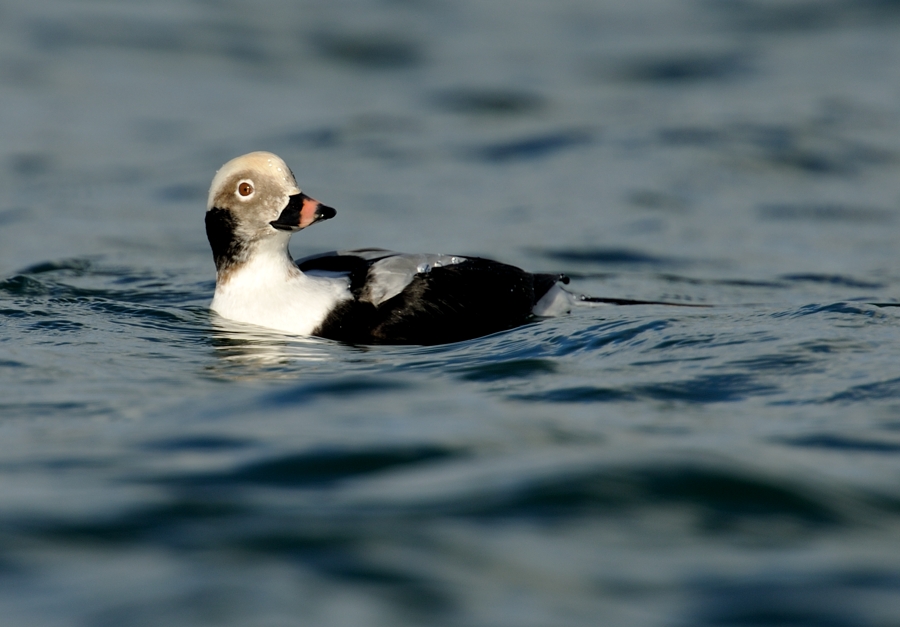 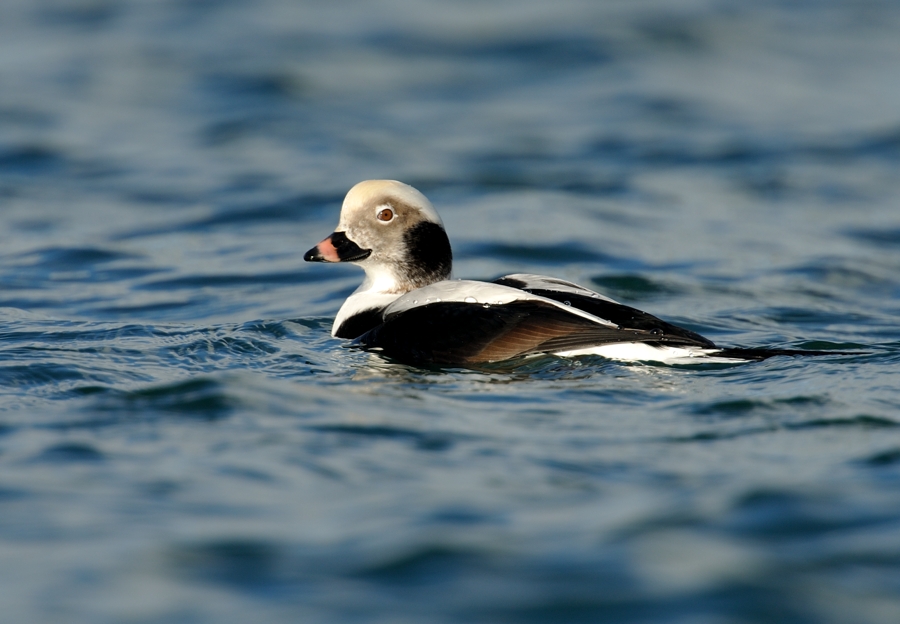 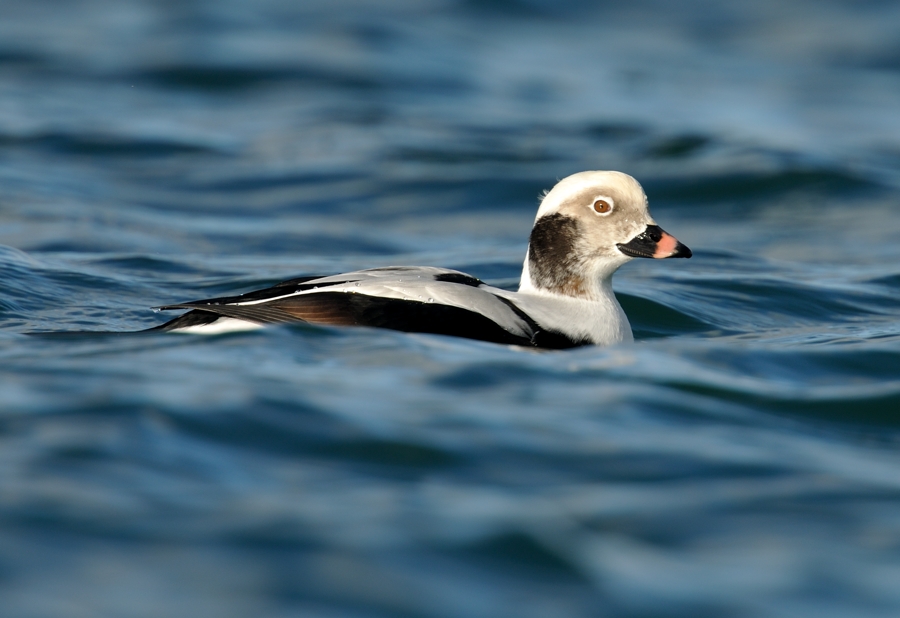 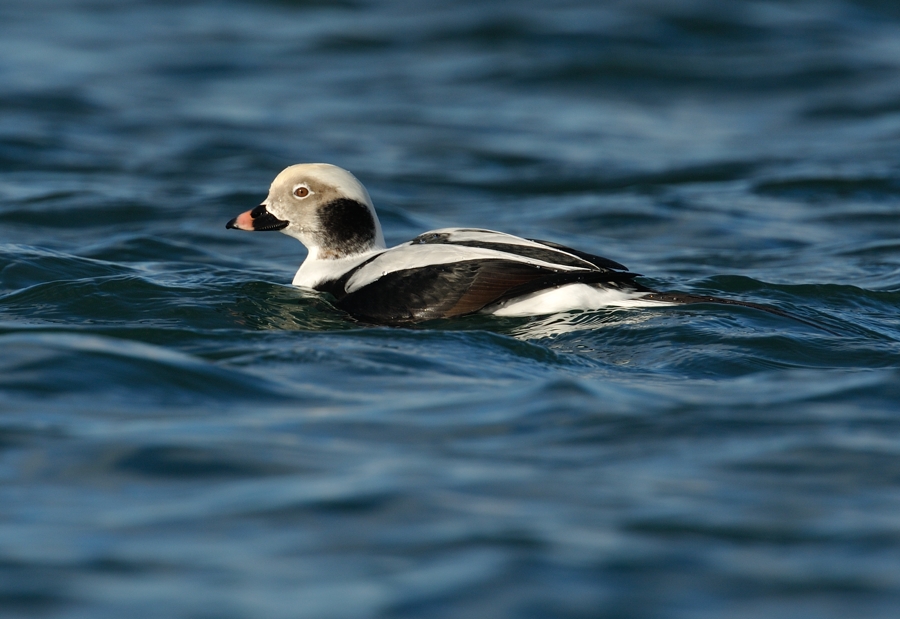 I took these shots early this morning at Tresemple Pool, near Truro.  The site is well known for Little Grebe wintering here.  As long as you arrive before the dog walkers then the grebes can be quite confiding.  The light today was once again stunning and some nice reflections from autumn trees in the background can be had. Camera settings: ISO 125. Ap. F/5.6 WB Cloudy. Exp -0.3EV. 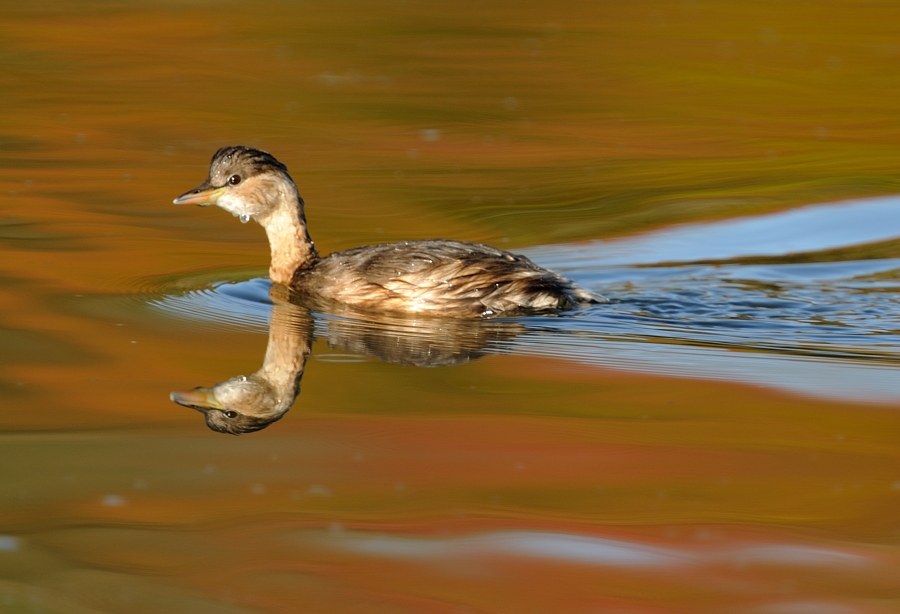 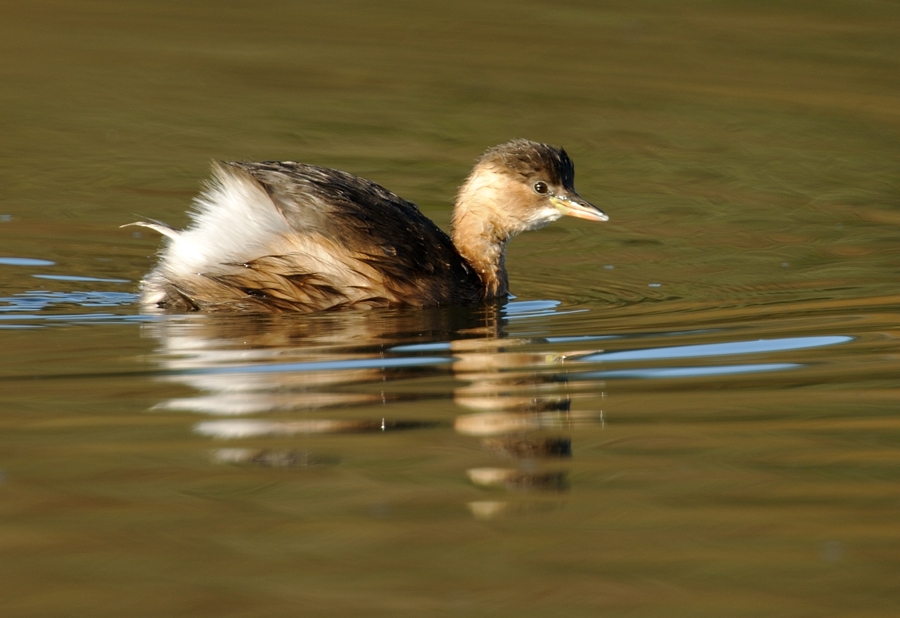 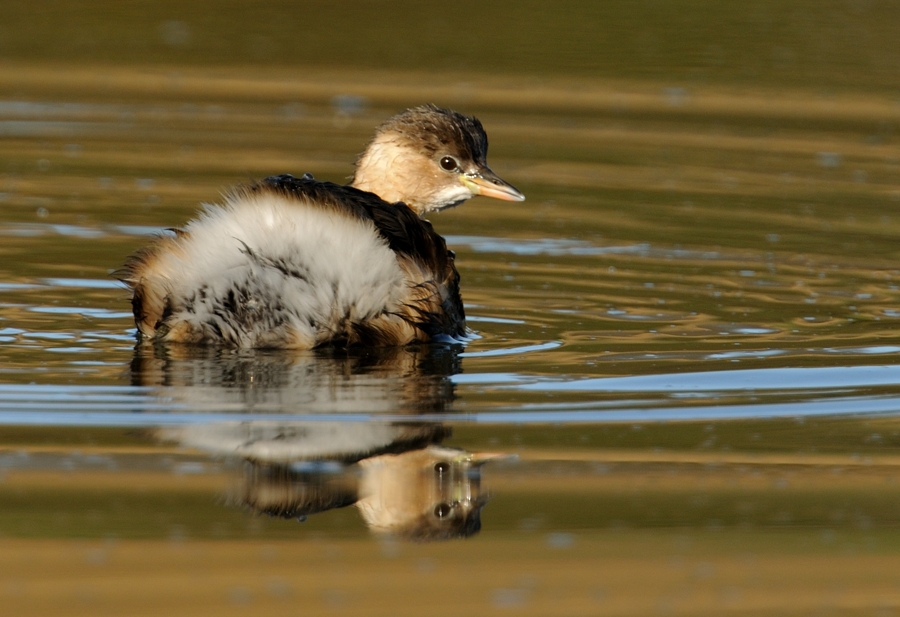 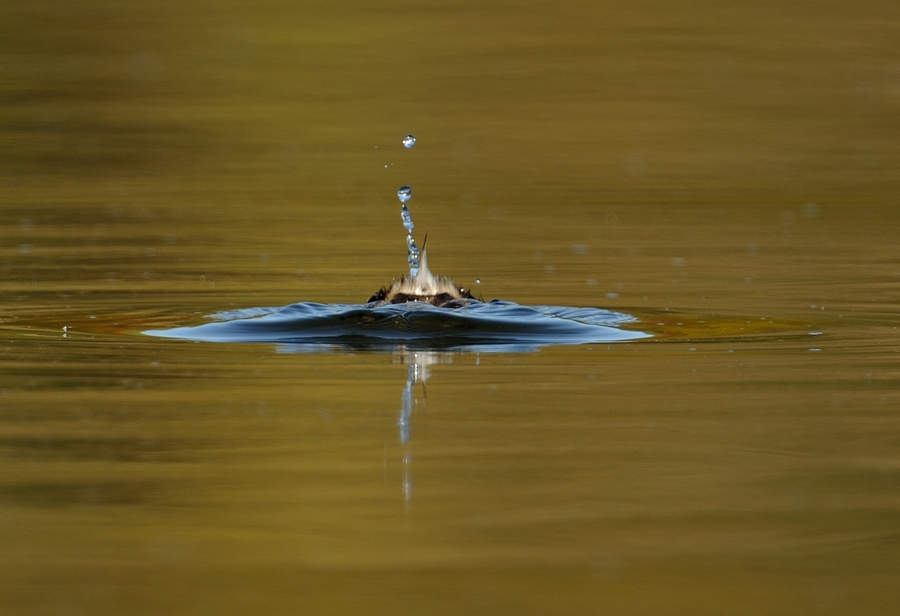