Guillemots and Razorbills off Pendeen

Below are some images of mixed auks moving west off Pendeen late last year.  They mostly include Guillemot, but there are also a few Razorbills.  Pendeen is an incredible place to bird from but in the big gales, the kit needs to be completely sealed from the excessive spray.  I wouldn't encourage getting too close to the rocks either.  Last night (16th Jan), the storm reached 41 kph with 8.2 m wave height! 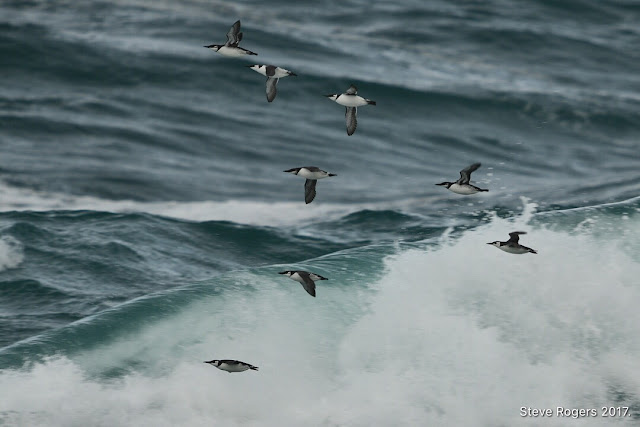 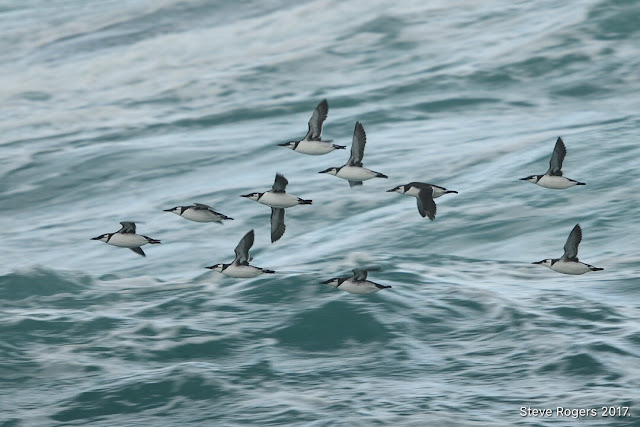 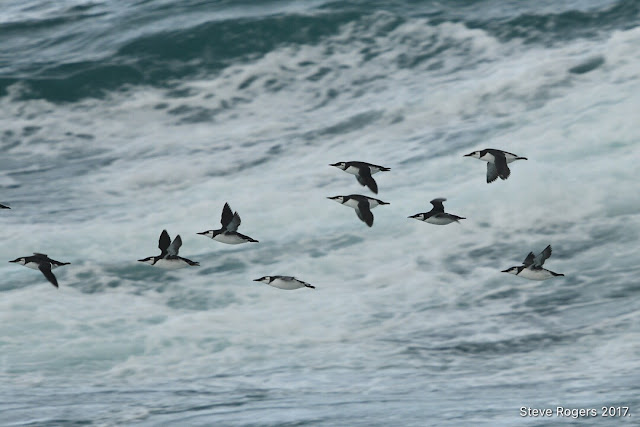 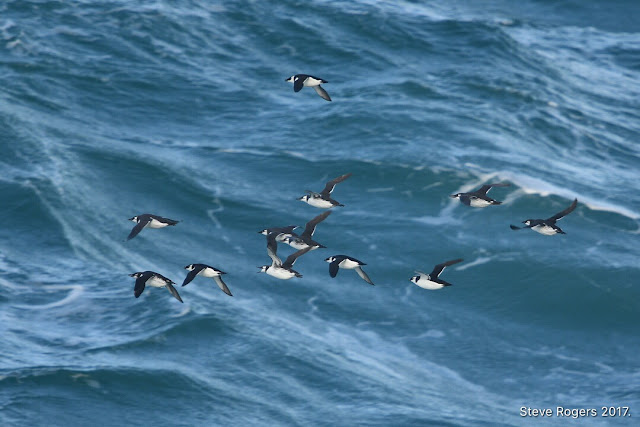 Posted by swopticsphoto at 19:55 No comments:

Following Storm Eleanor last week, several scarce gulls have been recorded in the region. The prize Arctic finds such as Ross's Gull and even Ivory Gull failed to materialise in the west country but several Glaucous and Iceland Gulls appeared at the normal coastal sites.  One very confiding Iceland Gull has spent a few days at the flood meadow at Marazion Marsh.  These large "white-wingers" fluctuate annually in numbers based on the Arctic temperature and Atlantic gales.


A bonus juvenile Ring-billed Gull was a surprise find on Trenance boating Lake, Newquay last week.  Cornwall averages one or two sightings annually.  They most likely originate from Canada or northern USA.  A rarer record would have been a juvenile Bonaparte's Gull in Mount's Bay  but sadly the views were not good enough to clinch the identification.  The regular wintering adult Bonaparte's Gull has returned to Exmouth, Devon. (6th Jan). 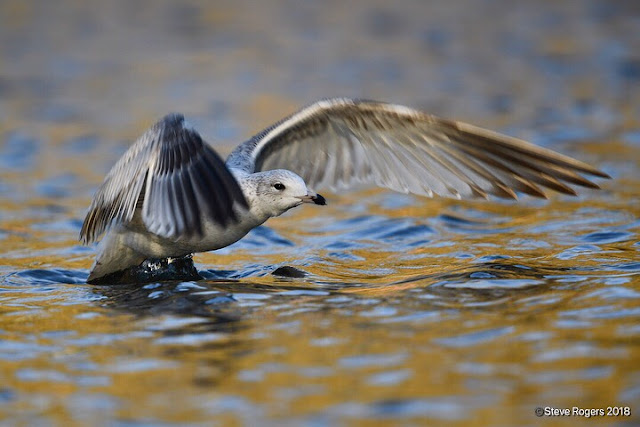 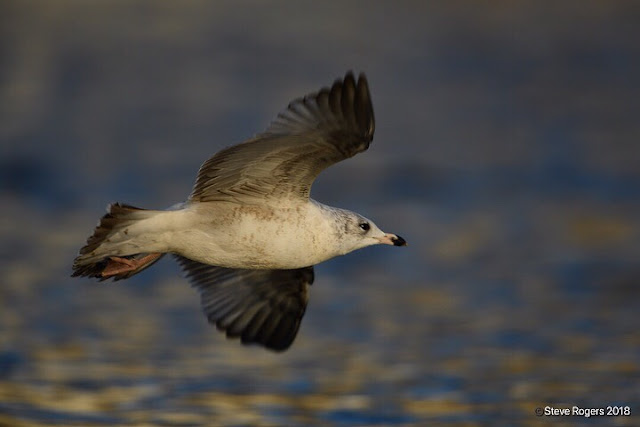 Keeping with the American theme, the two over-wintering Surf Scoters at Porthpean bay (St Austell) were joined by a third male bird following Storm Eleanor.  The supporting cast of a scarce Velvet Scoter and Long-tailed Duck make a necessary visit to the site.

Hawfinch's continue to show well across the region.  The unlikely favoured places are graveyards.  Hawfinch feeds on berries and the graveyard yew trees seem attractive.  Five birds have been spotted at Egloshayle cemetery, two at Feock church, Devoran, Saltash and various sites in West Penwith.  Hawfinch irruptions are rare on this scale.  Now is your chance to see one.

Devon birders will be delighted to hear this week that the Elegant Tern seen at Dawlish Warren in May 2002 has now been added to the UK official list, taking the total to 615 species.  Elegant Tern is a Pacific species, breeding in south west USA and Mexico.  Recent research has shown beyond doubt that Elegant Terns are occurring this side of the States and even breeding in the Western Palearctic.

On the flip side, Cornish birders will be disappointed to see that the Royal Tern, also an American species, has been removed from the archive.  The record, which dates back to September 1971, has been reviewed by the Rarities Committee and is now considered unproven.

The Snowy Owl which appeared in Cornwall last month has been relocated on St Martins, Scilly.  The world status of Snowy Owl has recently been reclassified as "Vulnerable," so cherish the memories as this species will become more difficult to find.  On the other hand, Cattle Egret numbers are increasing with a maximum count of 15 near Manaccan, Lizard. This species looks set to follow its congener, the Little Egret in becoming a regular fixture in the south west.

Posted by swopticsphoto at 19:16 No comments: