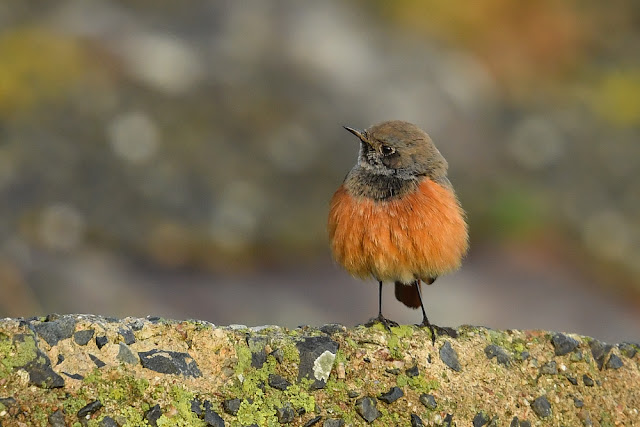 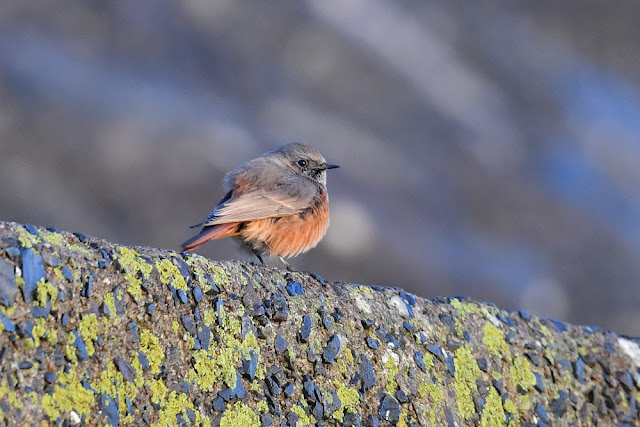 I took these shots this morning in stunning light. These shots are probably the brightest that I've seen so far; the sun really has brought out the orange tones nicely.
Posted by swopticsphoto at 16:06 1 comment:

A male Eastern Black Redstart was found on Sunday 18th December by Glynnis and Linton Procter on the coastal footpath by the rock pool.  It is the first Cornwall record of this form.  It follows other records this autumn in the Midlands and North East of England and Lothian, Scotland.  The first record for Britain was at Dungeness, Kent, in November 1981.

Quote from AW Birder's blog: "Eastern Black Redstart is a long distance migrant from its central Asian breeding grounds to wintering areas in central India west to northeast Africa. Its breeding and wintering distribution is comparable to species that occur regularly in northwest Europe, including Desert Wheatear and Isabelline Shrike (Slack 2009), both of which seem to have been recorded in fairly decent numbers within the UK and other areas within northwest Europe this autumn." More info here.