An adult Franklin's Gull was found on Wednesday 26th October by Jon Mycock and Dan Eva. I saw it on Sunday in the fields behind Tempest Printing, Carbis Bay and then saw it well on the estuary.  It is the 9th record for Cornwall, the last record being an adult or second winter on the Gannel in Nov 2005.  A first winter bird was also on Hayle Estuary from the 1st-2nd Nov 2005. (There has also been reports of Franklins Gull at Siblyback and the Camel in this first winter period though I don't know any dates). 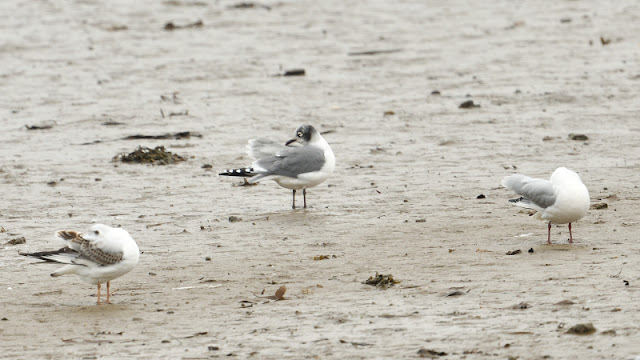 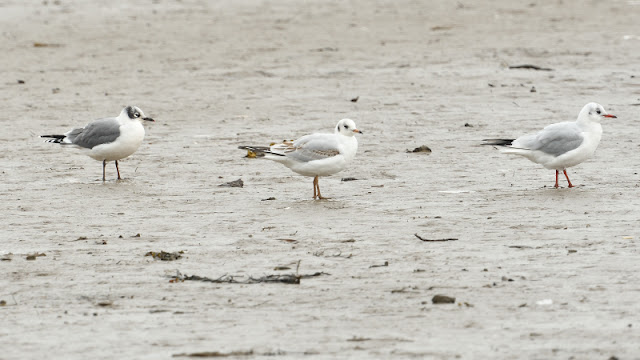 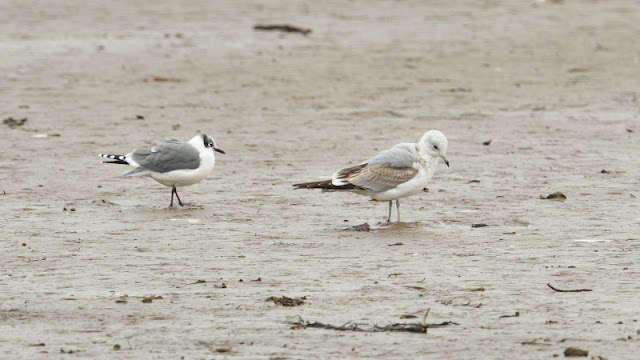 Posted by swopticsphoto at 15:47 No comments:


Posted by swopticsphoto at 15:12 No comments:

Four Snow Buntings were found last week in and around the Godrevy head area. As always, this species is very confiding and also very photogenic.  Snow Bunting is a regular passage migrant and winter visitor in small numbers and is usually found on favourite coastal sites. 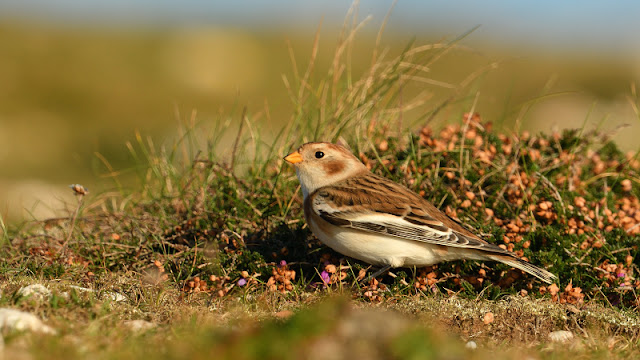 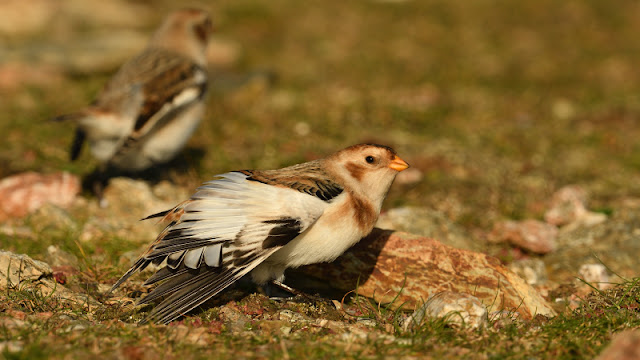 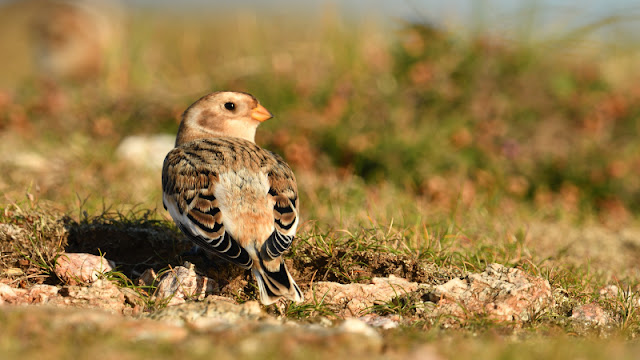 Posted by swopticsphoto at 12:04 No comments:

Paul Freestone found this stunning Isabelline Wheatear on Godrevy head on 20th October.  This is the second record of the species in the county.  The first was within a whisker of 20 years ago at Church Cove, Lizard. (29th Oct 1996) and seen then by just a handful of birders.  This long overdue species was enjoyed by many birders yesterday as it fed freely across the whole headland.  It follows several other records mainly on the UK east coast and continues the strong easterly theme of birding this Autumn. 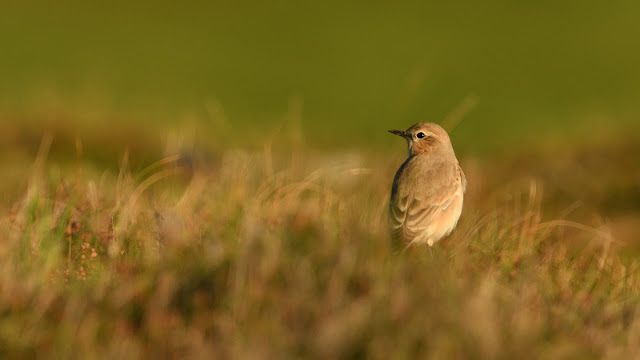 Posted by swopticsphoto at 11:20 2 comments:

I saw this large female Sparrowhawk devour a Woodpigeon by the side of the road at Kenidjack yesterday.  I photographed the event from the car.  I think it must have been hungry as the pigeon was consumed inside 15 minutes! 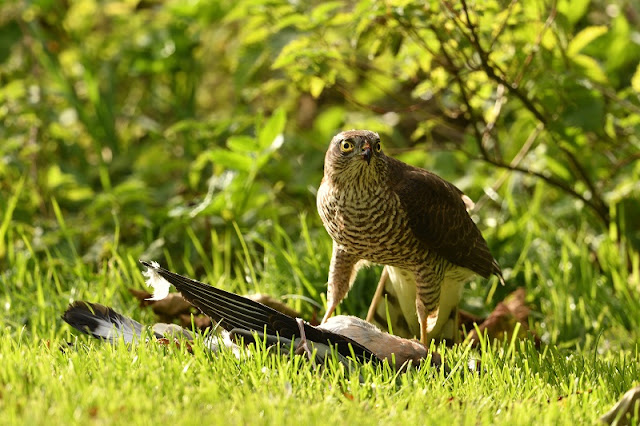 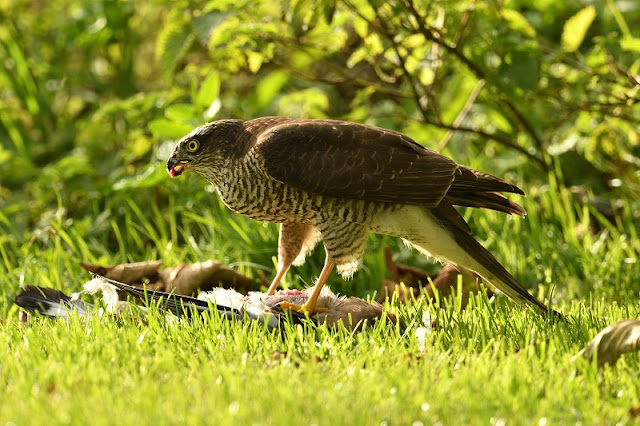 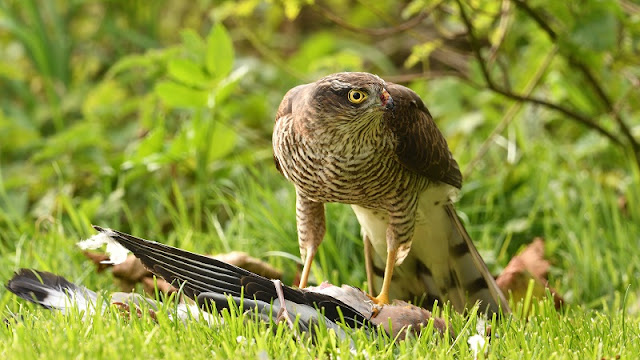 Email ThisBlogThis!Share to TwitterShare to FacebookShare to Pinterest
Labels: Sparrowhawk

A Red-eyed Vireo was found in the elm trees beside the toilet block at Porthgwarra on Saturday 15th October by visiting French birder Paul-Elie Jay. After quite a bit of searching I saw it at midday on Sunday typically feeding high in the leaf canopy.  As in the states, where they are fairly common, they always associate with smaller passerines and usually lead the flock through the trees.  This is the 27th record of the species in Cornwall with Porthgwarra the top site.  October is the prime month. The last record was in 2013 at Prussia Cove. 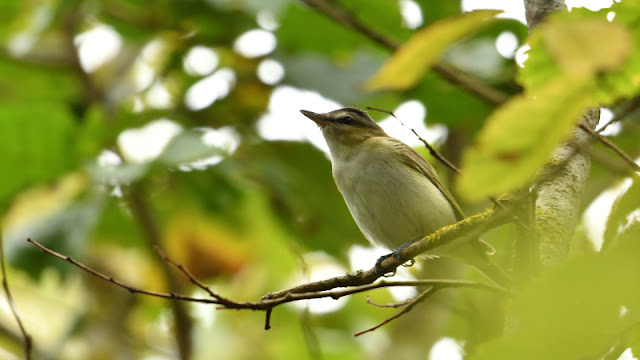 Posted by swopticsphoto at 11:19 No comments:

Posted by swopticsphoto at 15:34 No comments: