The second Woodchat of the season was found yesterday in the donkey field on the road between Kelynack and the Youth Hostel at Cot Valley. The bird seen at Kenidjack last week was clearly different to the one seen today; based on the amount of white on the lores and forehead, this bird is presumably a female.  The amount of grey in the mantle also suggests a first summer bird.  The bird was always quite distant favouring the gorse bushes at the bottom of the valley.

For the keen eyed observers, the images are not quite as sharp as they normally appear on this blog.  The reason is that they were taken with an old second hand Nikon D2H camera boasting a "massive" 4.1 mega pixel sensor!  It can still churn out 8 frames per second though. This model was launched way back in 2003 but can still just about hold its own among the latest crop of 36 mega pixel cameras. 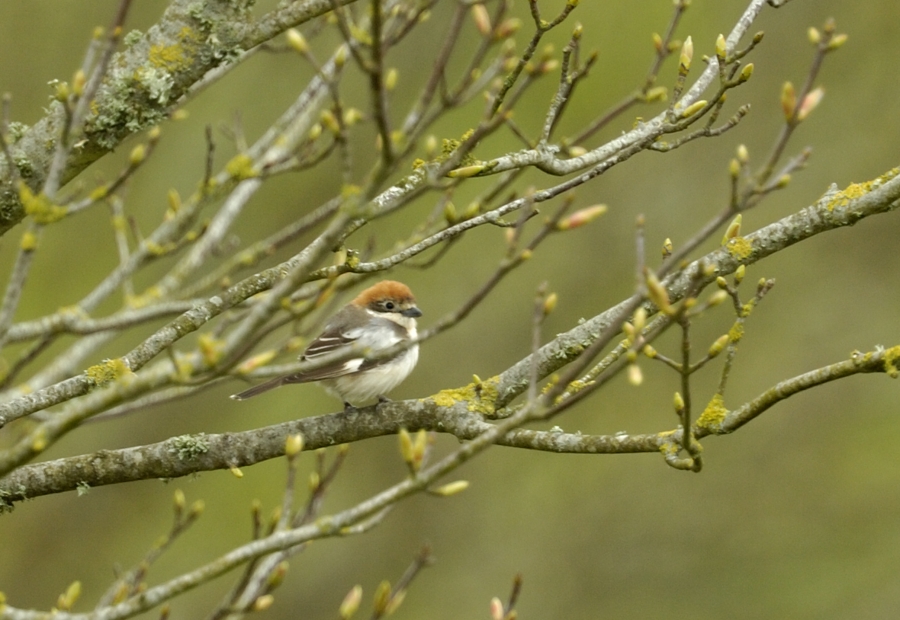 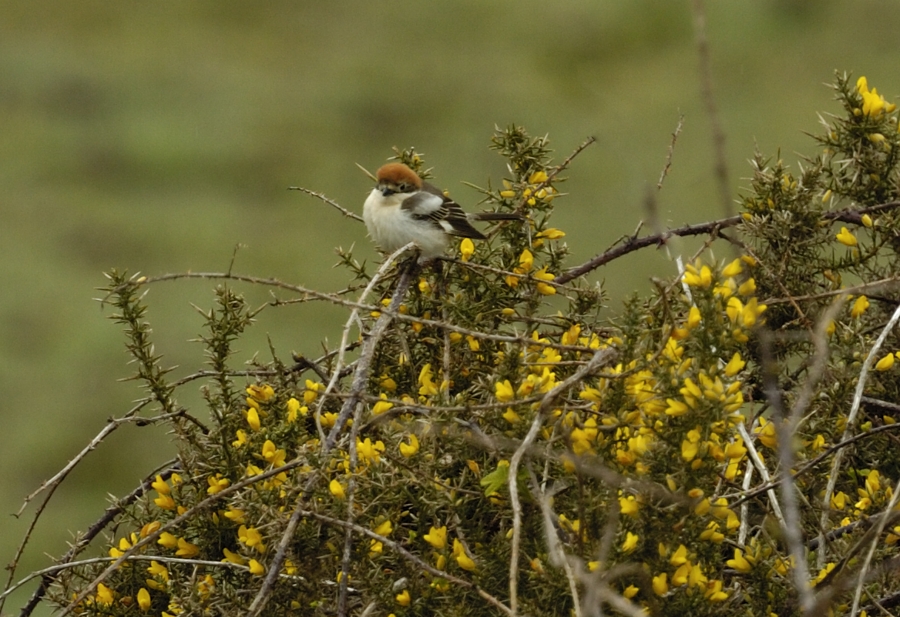 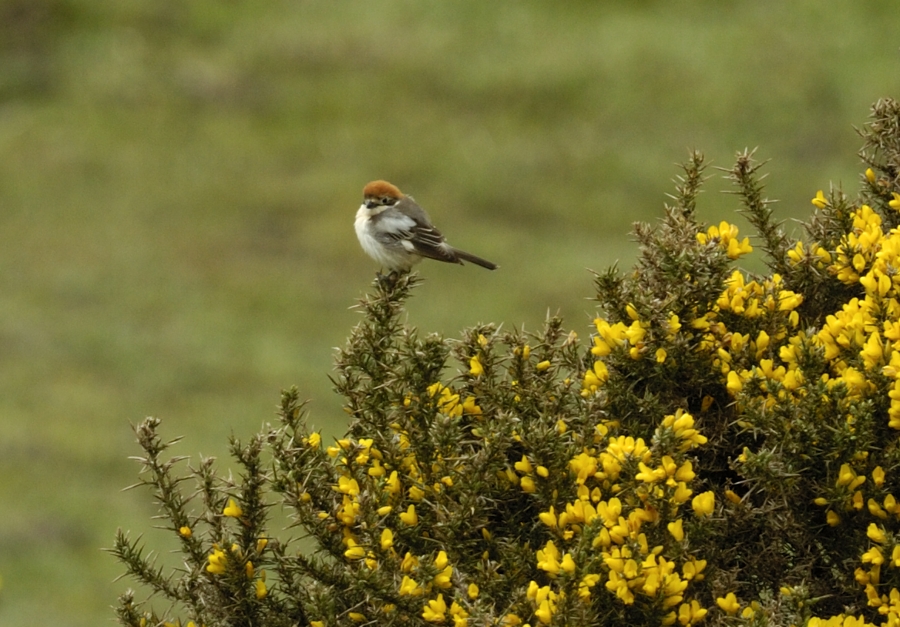 Posted by swopticsphoto at 14:01 No comments: 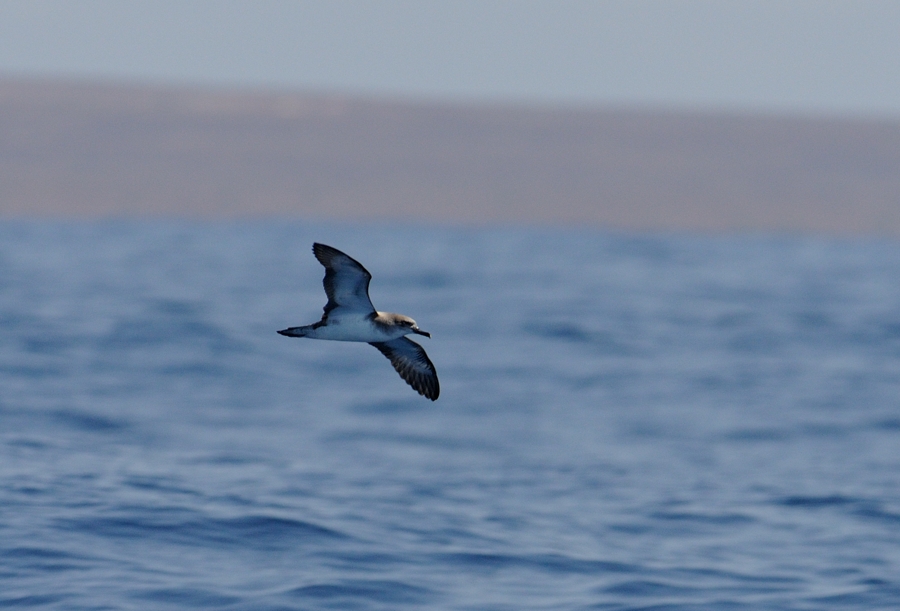 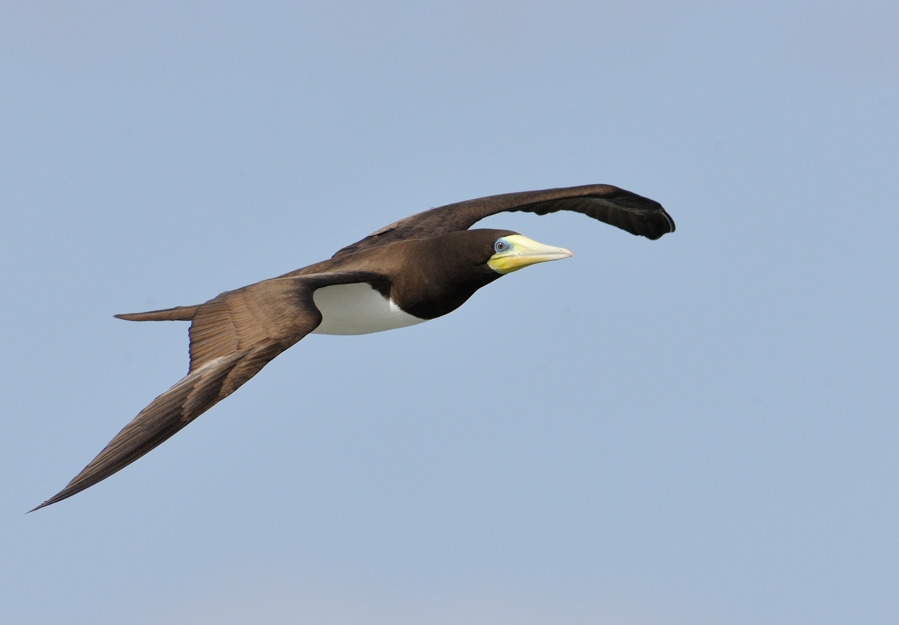 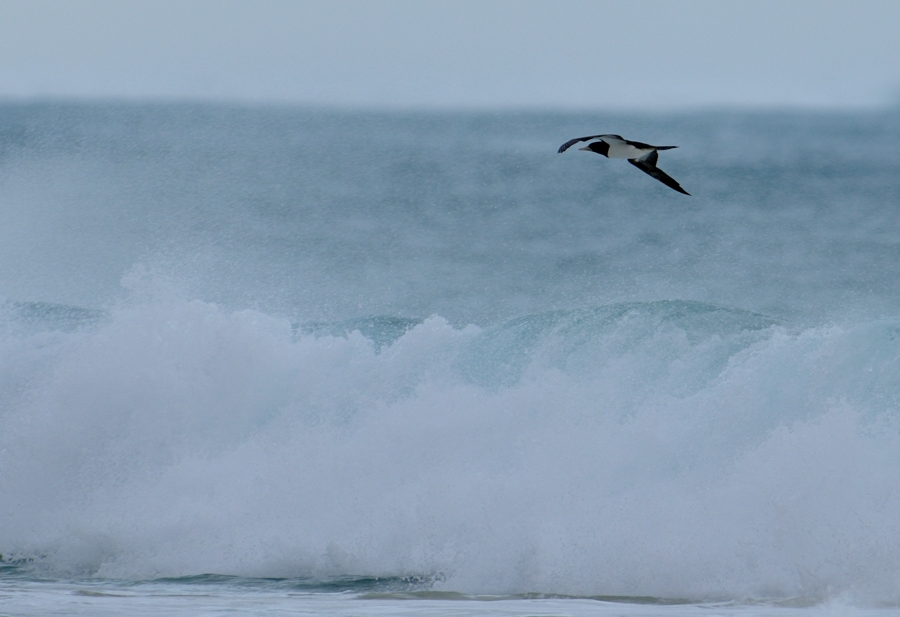 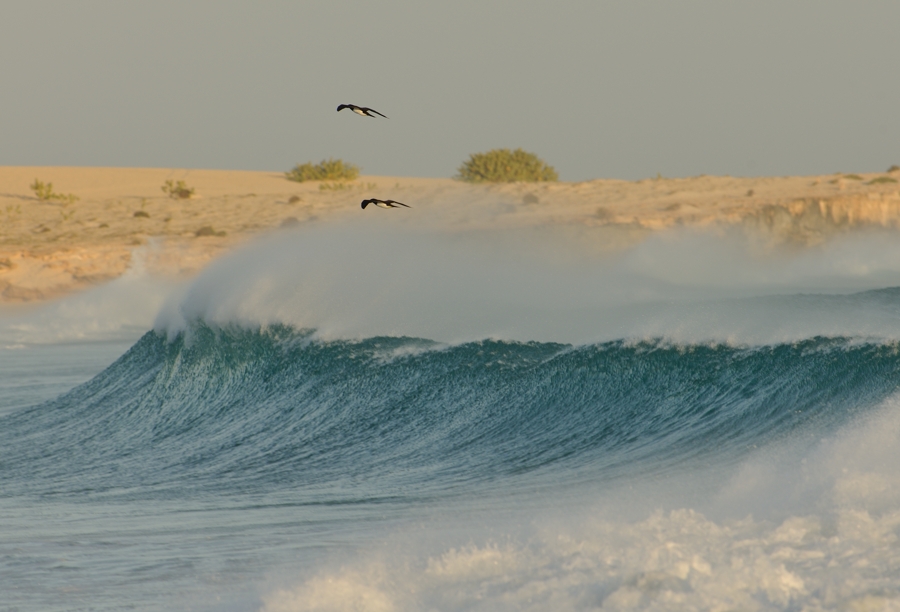 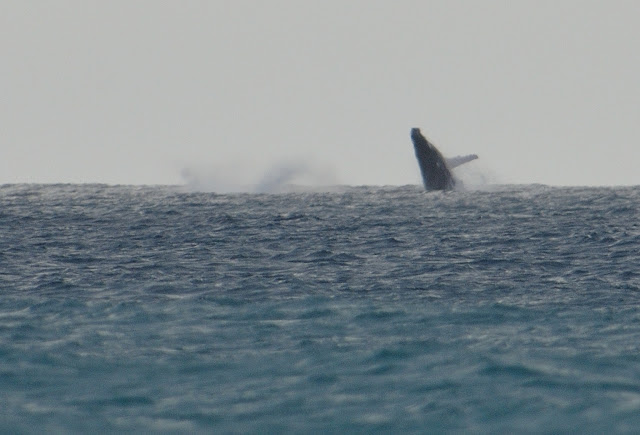 With the extremely cold weather averaging just 2.2 degrees in March, there was much dispondency about the birding scene in Cornwall.  Indeed, March 2013 was officially pronounced by the BBC as the coldest since 1962. That said, there has been some stunningly bright and clear days, ideal for mopping up those not-so-rare birds in the county.  As it happens, there has been a lot to see.  Three species in particular stand out for me.  Common Scoter, Red-necked Grebe and Lapland Bunting are normally really difficult to see well, let alone photo.  And they have offered themselves on a plate!

On the extreme rarity front, the regular, returning Pacific Diver has been pretty tricky to see in Mount's Bay, often seen to the east of the Mount.  The drake Lesser Scaup is presumably also a returning bird, popping up regularly at Colliford and more recently at Siblyback Res. I saw the drake Ring-necked Duck last Sunday at Par beach pool, neck-stretching regularly and showing its purple namesake.  Continuing with the waterbird theme, drake Goosanders have been very photogenic at St Andrew's Pool and also last week one at Hayle.  Black-throated Divers are now approaching summer plumage and can be seen in numbers in Gerrans Bay, sometimes quite close.  A decent raft of 50 or so Common Scoter could be seen at Porthpean and if lucky, a Velvet Scoter as well.

On the wader front, several Little Ringed Plovers were seen at the end of the month, with an obliging pair frequenting the scrape pool at St Gothians.  Others have been seen at Treraven Meadows.  A Black-tailed Godwit at Marazion was showing characteristics of the limosa race and mirrors the record of one at the same place and same date last year.

The normal early passerines battled the extreme wind and cold only to find little food here.  A large fall of Chiffchaffs were resorting to feeding on grass verges and gardens - but how many perished?  A Hoopoe was found moribund at St Agnes.  There were good numbers of Sand Martins at the normal venues and Northern Wheatears tried to make it feel something like Spring.

So all in all, despite the bitter conditions, there were a few good birds to be seen.  Some images I took are shown below: