On my recent visit to Cape Verde, I found Osprey to be really common. I saw about forty birds.  Some were migrants moving north to breed though the majority were resident breeders.  In Cape Verde, in common with many other species, Osprey start breeding in November and by March/April, young birds have already fledged.  I was lucky enough to witness the spectacular Osprey plunge diving.  The image below shows an Osprey early in the morning on a favourite roost.  The background is desert, then the sea about a mile in the distance. 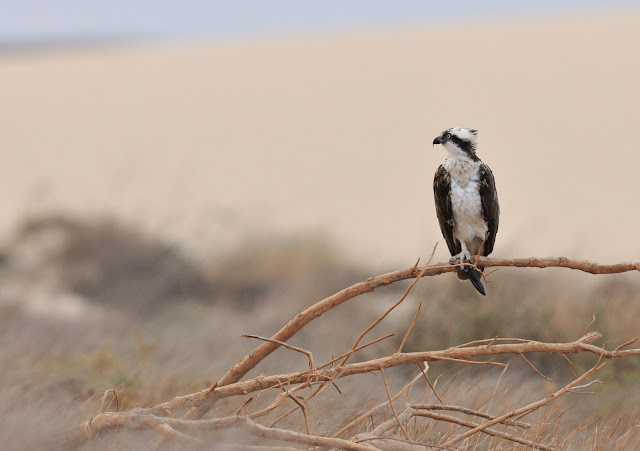 The image below is an Egyptian Vulture.  I was lucky to find a pair feeding on some carrion.  After reading the literature, I was expecting this vulture to be common though was later informed that only four pairs now breed on the island. 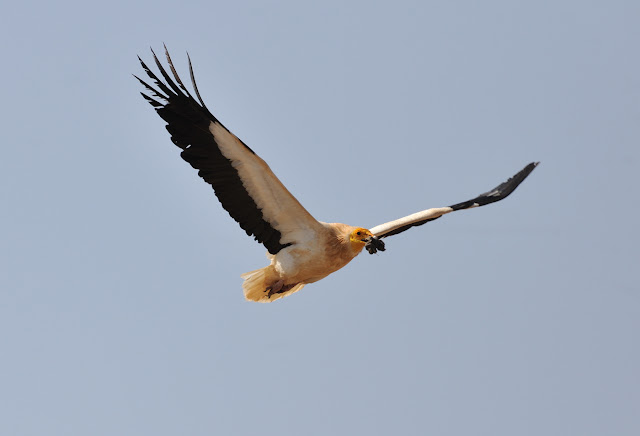 I also managed to see Alexander's Kestrel and the rare Cape Verde Falcon, similar to Peregrine.  These four raptors were the only birds of prey seen in the fortnight.
Posted by swopticsphoto at 21:14 3 comments:

Up close with the PBP Red-throated Diver

These two images are a follow on from last night's sequence and shows the fine detail of a non-breeding Red-throated Diver, presumably a second calendar year bird. 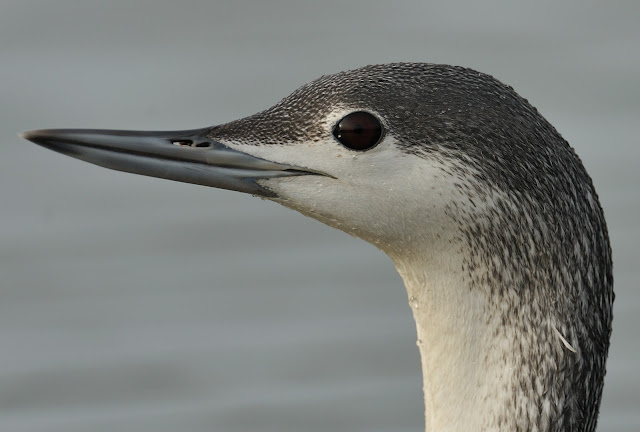 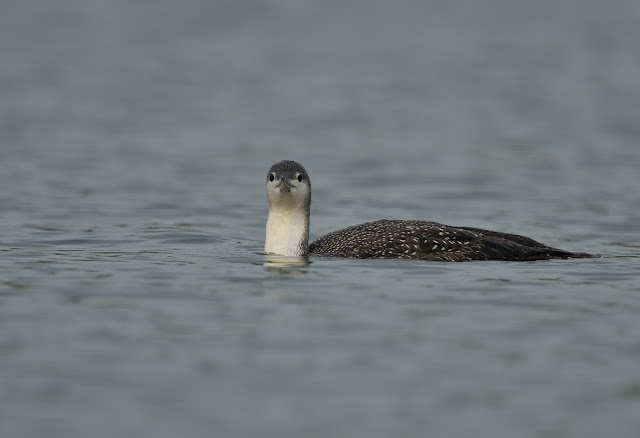 Posted by swopticsphoto at 20:53 3 comments:

This Red-throated Diver has been present at Par Beach pool for several days and is very obliging.  I took these images this evening after work and just managed about 30 mins of reasonable light.  It approached to within 20 feet !  I could even hear it calling as it swam past. 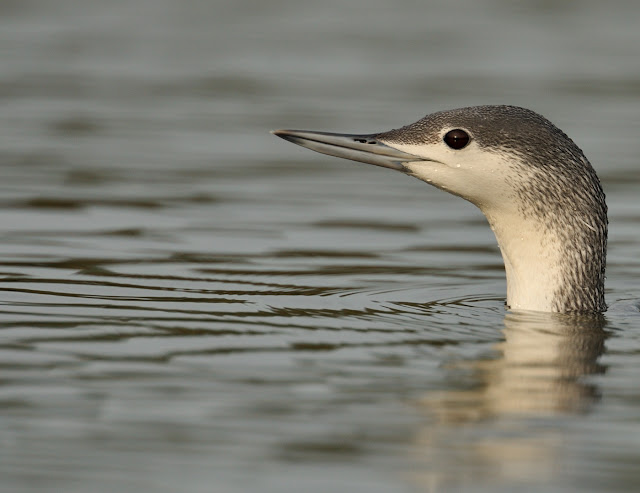 The varying shades of light are due to its' continual movement around the pool and the varying background. 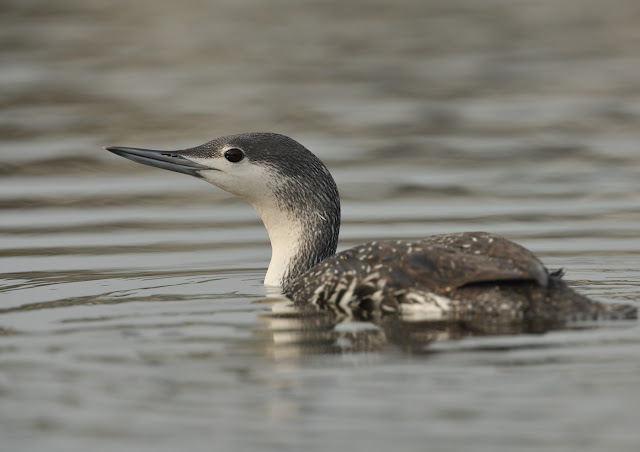 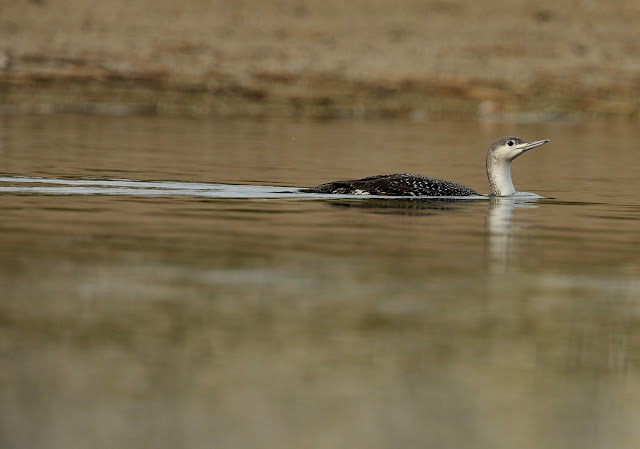 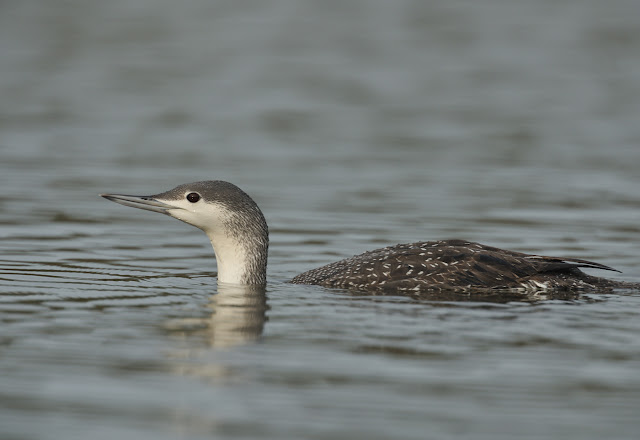 Posted by swopticsphoto at 21:24 4 comments:

Over the next couple weeks I will post some images of a recent trip to Cape Verde Islands. Cape Verde has the enviable reputation of being the most peaceful of all African states.  It is a desolate, arid, wind swept set of islands 500kms west of Senegal.  There is limited evidence of migration.  The total list is less than 150 species and on my visit, I saw less than 40 species.  That said, most of them were quality, specialist breeding desert and sea birds. 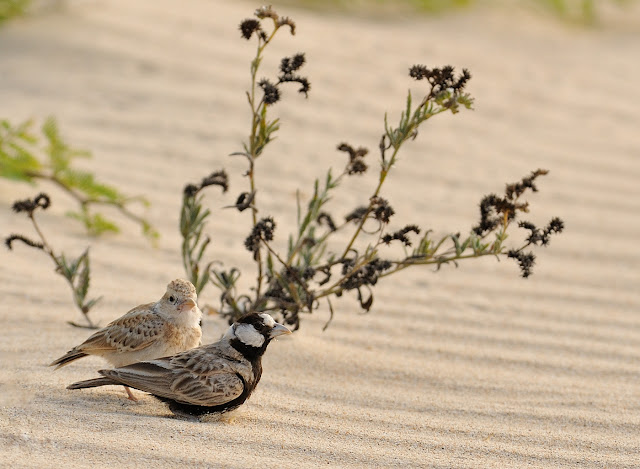 The species on show here is Black-capped Finch Lark.  It is one of the smallest larks and is about the size of a Serin!  It was common and found on arid desert through to sand dunes.  This male is feeding a young bird. 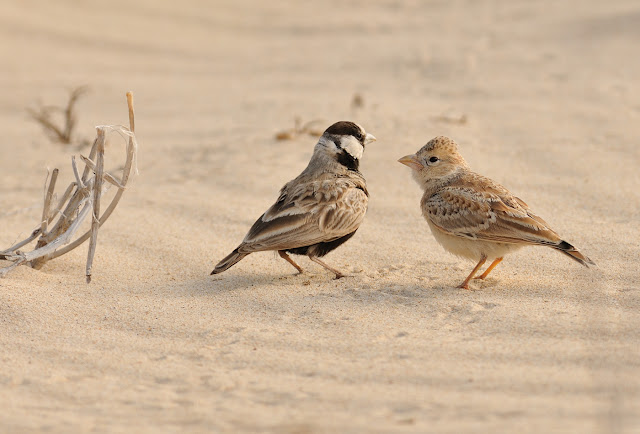 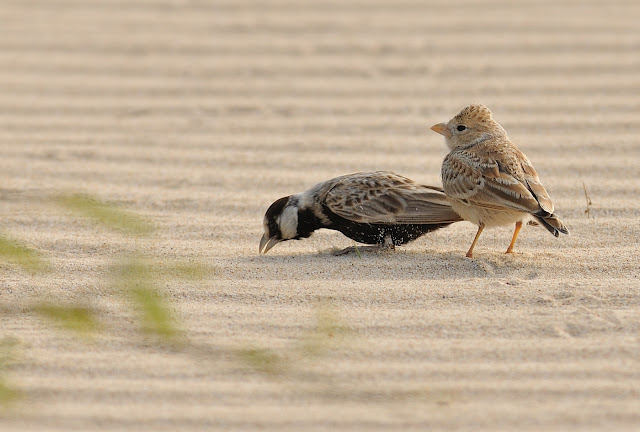 Posted by swopticsphoto at 22:20 4 comments:

I showed these Turnstone images at the Perranporth Camera Club last week.  The top image was taken three years ago at St Ives harbour and still remains one of my favourites.  The middle image was taken last month near St Michael's Mount and the bottom image last year. 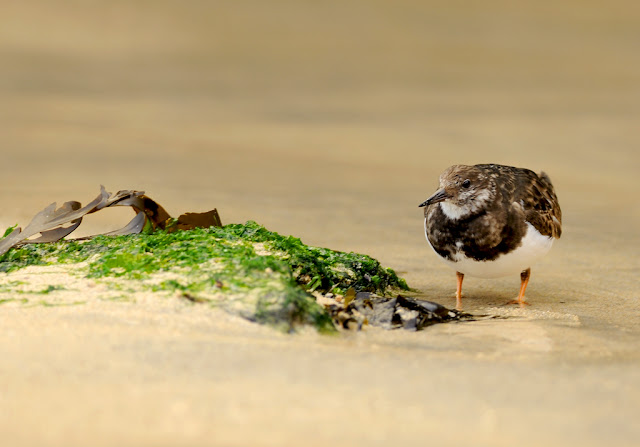 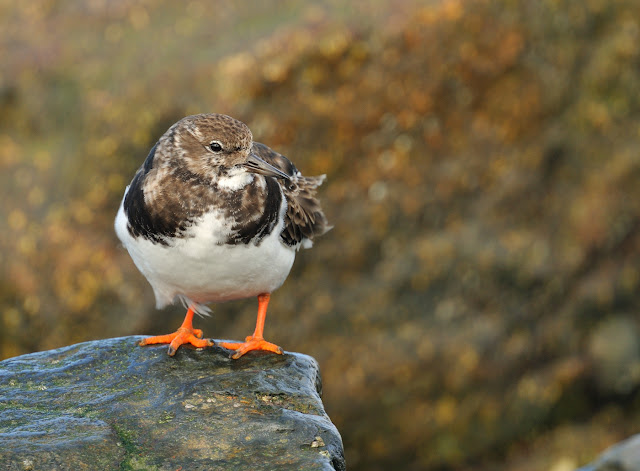 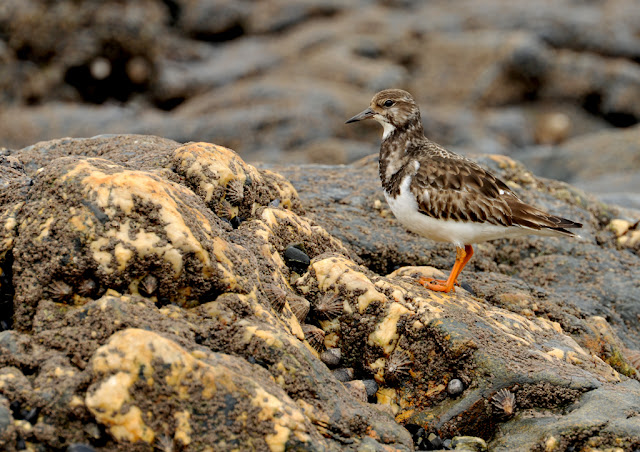 Posted by swopticsphoto at 18:21 5 comments:

Email ThisBlogThis!Share to TwitterShare to FacebookShare to Pinterest
Labels: Turnstone

These shots of barwits were taken last month at Marazion beach. The second shot below is one of my favourites so far this year. 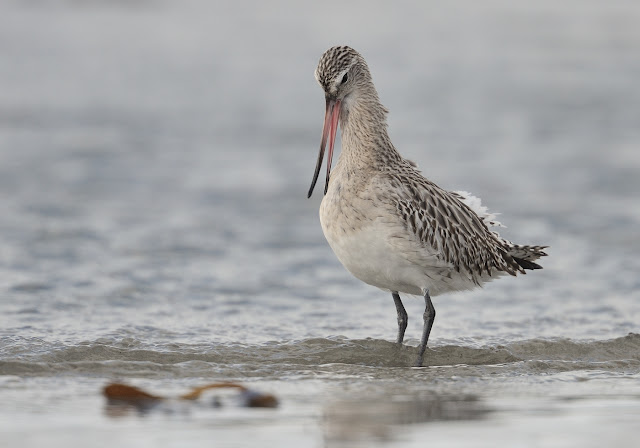 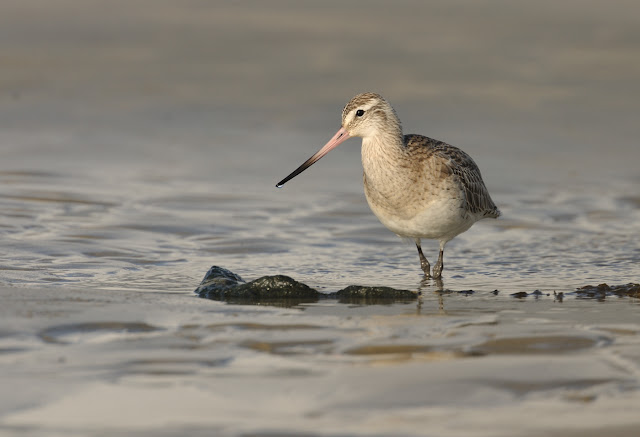 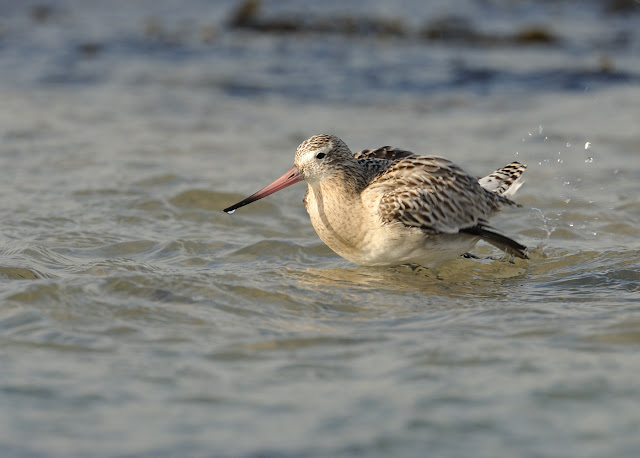 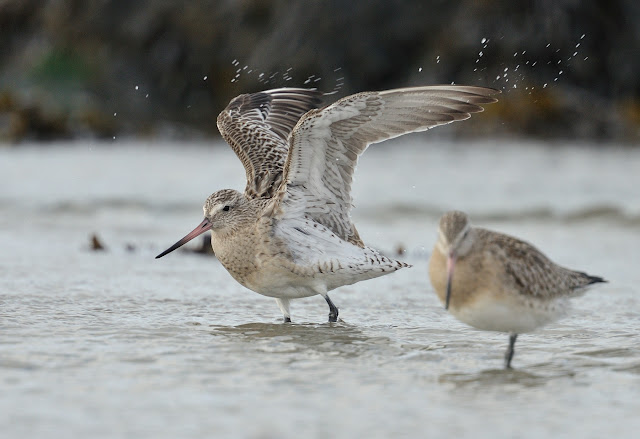 Posted by swopticsphoto at 16:38 2 comments:

Mediterranean Gulls seem to be everywhere at the moment in Cornwall.  Gulls start moving in January and February and regular staging posts such as Hayle Estuary can host massive numbers of varying species.  I took this shot showing three adults last week at St Gothians, Gwithian, but also saw 25 Meds in Gerrans Bay last month, most of them being adults. 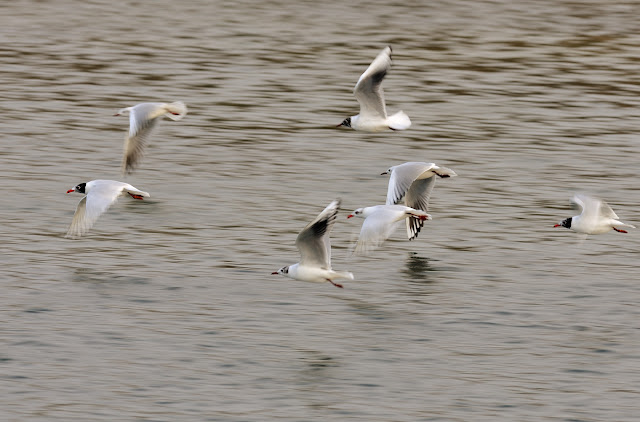 Posted by swopticsphoto at 16:22 No comments: