The last ten days has been a bit busy. I took a week off work and did a UK road trip, seeing some relations in Dorset, friends in Yorkshire, fell walking in the Lake District and finally watching my daughter complete the Edinburgh Marathon on Sunday.  Needless to say, I managed to get some decent birding in on the way.

The highlight for me was my second visit this Spring to Ham Wall in Somerset.  Anyone who hasn't been is really missing something special.  Its basically a heron-fest with some decent raptors thrown in for good measure.  The undoubted highlight is the territorial male Little Bittern. I heard it "singing", or rather barking its single note pretty much continuously.  I got two flight views, long enough to get a few record shots.   In addition, there are several Cattle Egret, Great White Egret, Bittern, Marsh Harrier, Hobby, Garganey, Gadwall, Pochard and Tufted Duck.  There is also a Red-footed Falcon at the time of writing!

We also visited Slimbridge and Upton Warren in the Midlands.  I was surprised to see so many Avocet now breeding here.  They also breed in the Cardiff area I'm told, so perhaps its no surprise that we are seeing more in Cornwall recently.  The Black-tailed Godwits were in full breeding plumage and looked really impressive.  Next stop for them is Iceland. 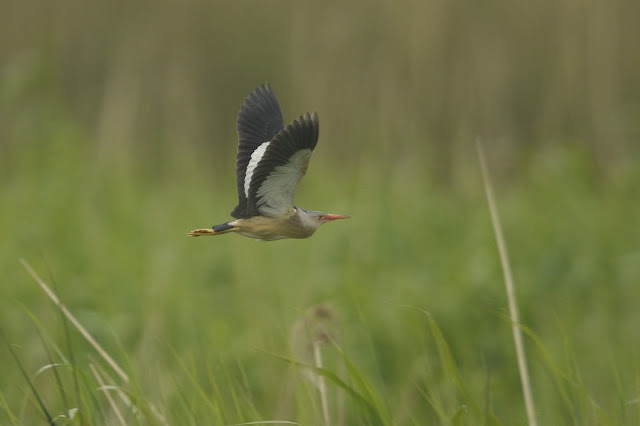 I managed to see the stunning adult Temminck's Stint at Ryan's Field on Tuesday after work.  Whilst this is a regular passage migrant on  the English east coast, it is decidedly rarer in the West Country.  I have only seen two prior to this bird. The previous bird was also an adult at Ryan's Field. 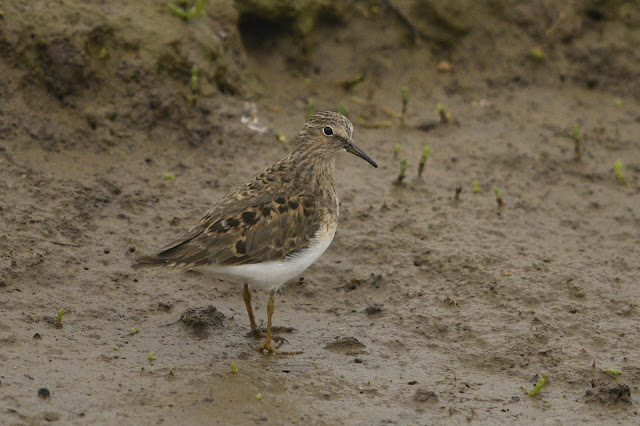 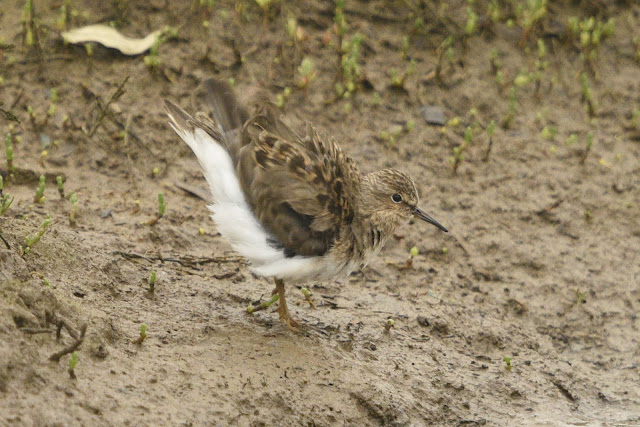 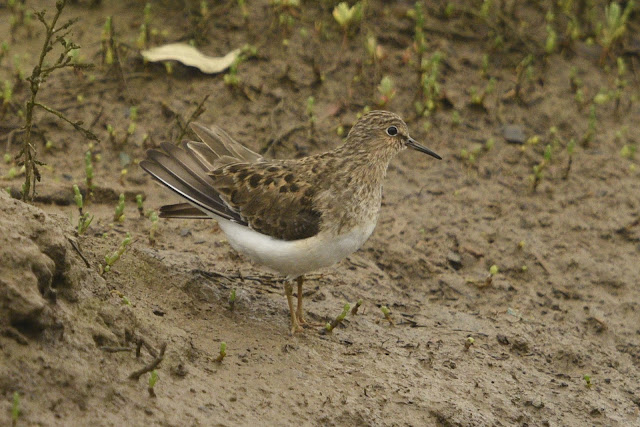 Posted by swopticsphoto at 22:08 No comments:

The weather has again been unsettled and changeable with heavy rain over the weekend (19th/20th)followed by soaring temperatures. A change of weather brings a change of birds and on Sunday a stunning Bee-eater was found at Connor Downs.  It stayed long enough for several local birders to see it. New discoveries included an Iberian Chiffchaff at Prussia Cove.  This once rare warbler is now annual in Cornwall and can be found with experience by listening for its distinctive song. A stunning Bee-eater pleased many local birders on Sunday evening at Connor Downs.  The adult Purple Heron remained faithful to its favourite ponds on the Tresillian River at Probus.

Away from Cornwall, I paid a visit to the famous RSPB Ham Wall in Somerset on Sunday.  This stunning site never fails to impress and each visit seems to improve on the last.  Great views were had of Marsh Harriers passing food kills, 20+ Hobby's hawking dragonflies, Great Crested Grebes feeding young, Cattle Egrets and Great White Egrets feeding in the ponds, pairs of Gadwalls and Pochards chasing each other around the marshes, Bitterns flying around and booming and Cetti's Warblers feeding young.  It's all very reminiscent of a marsh in the Mediterranean.

Looking forward, the end of May and June can always bring the unexpected.  Whilst the local birds are settled in to their nesting and raising young, non breeding wanderers and extreme rarities can turn up.  Another recent phenomenon is the annual Red Kite movement in west Cornwall and the Lizard area.  All eyes will be in the sky looking out for this impressive raptor in the next couple weeks.


Posted by swopticsphoto at 08:01 No comments:

The last two weeks has seen unsettled weather with temperatures ranging from 17 degrees to as low as 7 degrees.  Wind direction has varied from south easterly to north westerly and has been gale force at times.  Birders always keep a close eye on the weather as it influences what can potentially be found.

Spring migration peaks in mid May and thereafter falls away quickly. The period has produced  a good number of rarities though many have been seen by single observers only. New discoveries all have a distinct Mediterranean flavour and have included an adult Purple Heron near Probus, White Stork at Tregoss, Kentish Plover at Sennen Beach, flyover Bee Eaters at St Levan, Red-rumped Swallow at Marazion Marsh,  Alpine Swift and Red-throated Pipit at Pendeen, several Serins, five Woodchat Shrikes and perhaps up to ten Hoopoes this Spring.  In terms of national status, Montagu's Harrier, the rarest of all UK breeding raptors, a juvenile (ringtail) was seen at Coombe on 14th May.

Wader passage has been light compared to past years but fair numbers of Sanderlings, Dunlins, Ringed Plovers and Turnstones have been seen at typical coastal sites. Purple Sandpipers have peaked at 42 birds at Battery Rocks, Penzance. Most of them are now in full summer breeding plumage. By June they will all be on territory in the high Arctic.

Away from Cornwall, an Eastern Subalpine Warbler and potential first record for Devon was found on Sunday at Dawlish Warren.

note: This is an article specially prepared for the Sunday Independent newspaper.
Posted by swopticsphoto at 11:23 No comments: