I took these shots of the lunar eclipse this morning just outside Truro, away from the street light glare.
During a lunar eclipse the earth, sun and moon are almost exactly in line with each other. As they line up, the earth’s shadow passes across the surface of the full moon.
At first, the shadow appears as a tiny bite on one side of the moon, (shown in the first shot), before it engulfs the moon entirely (final image).

Once the moon has moved into the shadow it is lit by sunlight that passes through the earth’s atmosphere. The sunlight that hits the craters and plains of the lunar surface developes a strange reddish tinge, which appears brightest during the middle stages of the eclipse.

The process sarted in complete darkness and ended about an hour later in the freezing early mornig sunlight.  All in all, quite an experience and the first that I have seen properly in the UK.

Of interest, this is the first lunar eclipse since 1638 when an eclipse has occurred on the winter solstice! 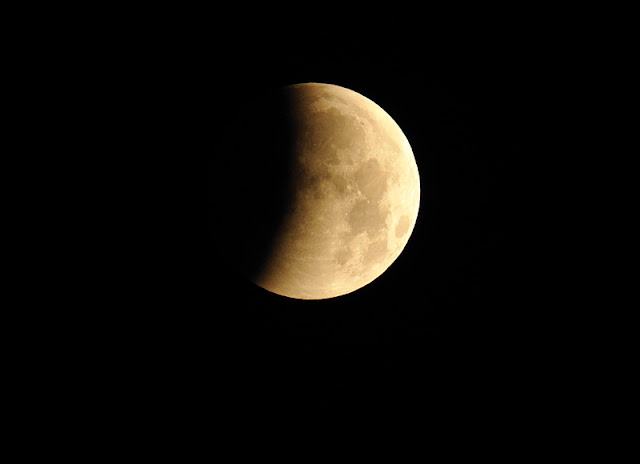 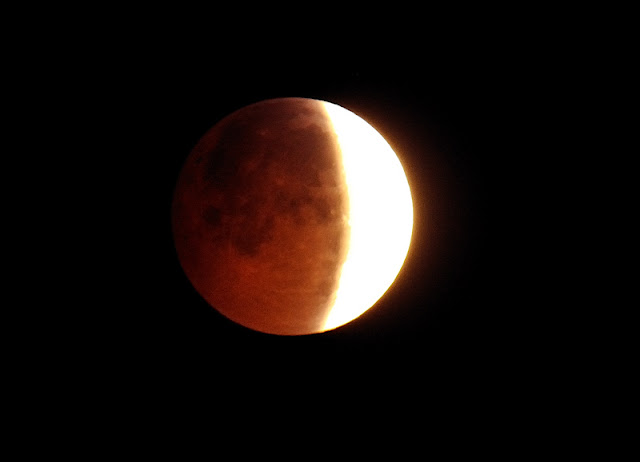 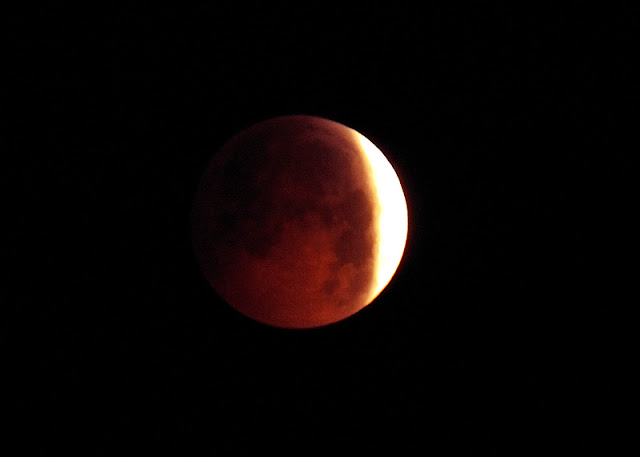 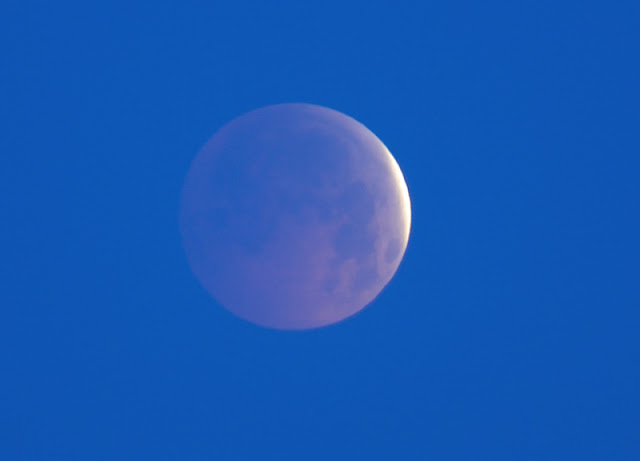 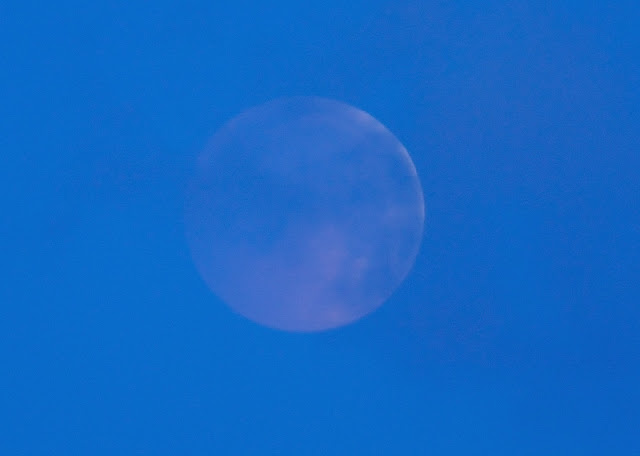