A two week birding trip to Point Pelee in May 2012 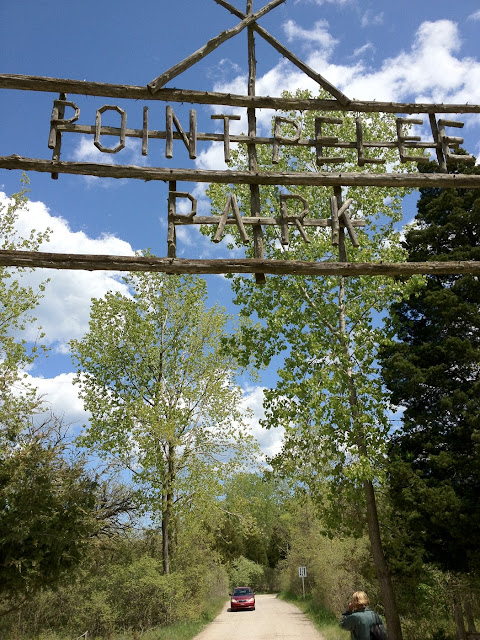 Below is a trip report summarising the highlights of a visit to the famous Canadian migration honey pot.  OK, it's all been said and written before, probably hundreds of times. But being a student of migration, I was quite taken aback by the sheer numbers of passerines and waders moving through the area.  And this was supposedly a relatively quiet season.  For the purposes of this report, I'm not going to detail every day with lists of birds in diary form, as you find in a tour guide's summary.  I'm going to break it down in to sections eg Travel, Flights, Accommodation, People, the Birds etc.

I'm not a massive fan of birding in big groups.  I'm also not that keen on rigid timescales and as you can guess, birding with a tour company is not quite my scene.  The complete trip was organised by myself.  I guess I probably missed one or two species and lack of local knowledge meant I missed some local hotspots, but by and large, we connected with most on offer.

We flew via Air Transat from Exeter direct to Toronto at a very reasonable £315 each. The seven hour flight also picked up at Newcastle to fill the plane, but for £300 or so, I was quite content with that.  We hired a nearly new Mazda at the airport for another £450 (all in).  Expedia is the online booking site we used and will re-use them in future.  Everything is confirmed by email.  With all emails linking to the smart phone, there's no need these days to print everything off. Ideal.  I also took a small laptop.  With wi-fi everywhere, this was vital when booking up our next accomodation in advance,  I also downloaded a TomTom GPS app. for £39 and this was the best £39 I've spent for a while.  It was invaluable and saved on those many arguments you might have with your wife because she's navigated wrongly.

The first three days were spent in and around the massive metropoltan area of Toronto.  With a population of over five million and 14 lane motorways to ferry all those cars around, the GPS came in handy.  The capital is large and sprawling but once outside, the roads are clear and of an excellent standard.  We had time to bird around Toronto and the Tommy Thompson Park, Ashbridge's Park and Humber Bay Parks were all superb.

First day tasters at the edge of a major city were inspiring. A heavy thunderstorm the night before had clearly downed some migrants.  Yellow Warbler, Palm Warbler and Yellow-rumps were everywhere.  A showy Black-throated Green Warbler performed in front of the lens whilst Black and White Warblers were feeding on tree trunks. Warbling Vireos were singing everywhere. Baltimore Orioles, Rose-breasted Grosbeaks, Eastern Kingbirds and a couple Belted Kingfishers added to the excitement.  Grey Catbirds, White-throated Sparrows, White-crowned Sparrows and Song Sparrows were feeding on the hordes of flies on the leaves.  On the lake,  drake Long-tailed Ducks showed me why they are known locally as Oldsquaws.  Thousands of Double-crested Cormorants along with a handful of Goldeneye and Bufflehead were present in the harbour area.
A trip to Canada has to take in the awesome Niagara Falls.  A spectacular sight indeed.  Just as nice though were the well-kept parks and woodland alongside the falls.  My eye caught a glimpse of a singing male Northern Cardinal in the canopy.   Then a male Downy Woodpecker, a Hermit Thrush, Chestnut-sided Warbler, Gnatcatcher and two Turkey Vultures which landed in the park gardens! The list was endless.  Bring on the Pelee!

Moving on from the tinsel town of Niagara, (becoming like a mini Las Vegas), we headed off to what the Canadian birders call their "Deep South".  Point Pelee is the southerly tip of Canada and its here that the locals look for their own country's rarities.  After booking in to the HoJo (Howard Johnson version of an upmarket Travelodge), we drove the last five miles to the magnet.  I had been warned that it would be busy. In fact 25,000 migration pilgrims pass through here each May.  All searching for the big one. 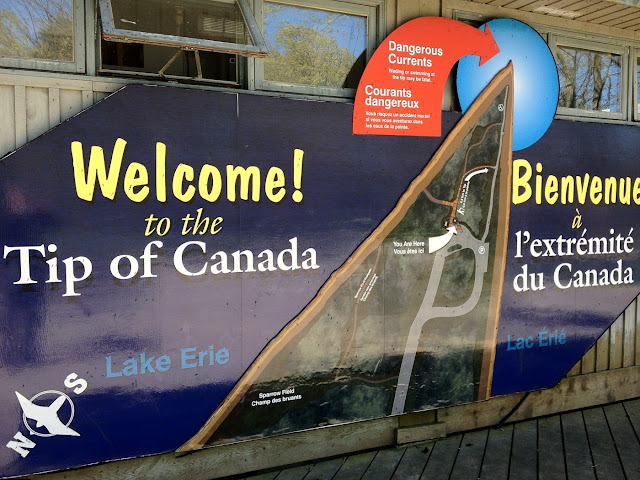 The scene was very reminiscent of Scilly in Autumn. Hundreds of birders loaded with kit.  Lots of chat, gossip, tension, anxiety etc.  There is also a Friends of Pelee group, (something like a UK Women's Institute) ever-present around the Visitor Centre and they seem quite content cooking on the BBQ serving up burgers. The park is also open to joggers, power walkers and Mothering Sunday devotees, plus of course all the camper vans, 4x4's and dooleys.  The Canadian outdoor scene was never more evident than here.  Thus it is a busy place but with nine square miles of Carolinan forest, you can soon lose yourelf.

Our first day at this magical place must surely go down as one of my Top Ten birding experiences.  Barely away from the visitor centre, we were greeted with male dendroicas in full song, cuckoos in the canopy calling, orioles singing from every tree, tanagers in the high canopy, four vireos in song, flycatchers, phoebe's, wood thrushes and kingbirds.  Of course, first day in a new place means a lot of "mopping up".  But apart from a couple quiet days when everything moved out, the migration was a continuation of good numbers of migrants.

The species below are a selection and summary of what we saw.  Given the size of the place, inevitably we missed some of the birds on offer eg Lark Sparrow, Hooded Warbler and Prairie Warbler spring to mind, but in general we connected with most on offer.

American Bittern, one only roosting high in a cork oak.
American Black Tern, up to 30, 20 plus resident at Marshville.
Sora Rail, one on 11th May
American Avocet, five at Hilman Marsh, 9th May.
Greater Yellowlegs, 7 at Hilman 9th May.
Short-billed Dowitcher, 10 at Hilman on 9th.
Parula, uncommon, less than six seen all trip.
Worm-eating Warbler, one on 11th May caused quite a stir with the locals.
Prothonotary Warbler, three seen with two building a nest on 10th May.
Blue-winged Warbler, one on 10th.
Yellow-throated Warbler, one male at Rondeau on 10th feeding on fat balls. A major breeding rarity in Canada.
Yellowthroat, a few migrants in the park, 10 on 12th; common on territory at Marshville.
Black-throated Green Warbler, seen every day with a max of six.
Chestnut-sided Warbler, seen every day, all males with a max of 10 at Rondeau on the 10th.
Yellow Warbler, common, 50 to 75 daily, max of 100.  Breeds in the park.
Yellow-rumped Warbler, common, males predominated earlier, followed by females. 40 on 8th May.
Blackburnian Warbler, seen daily, all but one were stunning males, three on 6th.
Palm Warbler, mainly seen early May. Four males on 6th May.
Magnolia Warbler, seen daily in small numbers.  Six on the 8th May.
Tenessee Warbler, uncommon, three on 6th.
American Redstart, seen daily in small numbers.
Cape May Warbler, scarce, two on 9th.
Mourning Warbler, scarce, one male on the 9th.
Orange-crowned Warbler, two seen, one at Rondeau.
Cerulean Warbler, one stunning male on 12th. The star bird.
Canada Warbler, just three seen, one at Rondeau NP.
Bay-breasted Warbler, seen later on the trip, max four on 12th May.
Nashville Warbler, seen daily in small numbers but five on the 8th May.
Black-throated Blue Warbler, ten males seen all trip plus two females.
Baltimore Oriole, common, seen every day with a max of 25 on 9th May.
Orchard Oriole, breeds and migrant. 10 on 8th May.
Eastern Kingbird, seen daily but ten on the 8th May.
Summer Tanager, one female on 6th May.
Scarlet Tanager, seen daily, mostly males.
Eastern Towhee, just three seen.
Louisiana Waterthrush, one on 6th.
Black-billed Cuckoo, scarce, three on 13th May.
Blue-headed Vireo, scarce, two on 10th.
Philadelphia Vireo, one on 10th at Rondeau.
Whip Poor Will, one on 9th May.
Blue Jay, common but 18 migrants on 9th May caused some noise in the canopy!
Sparrows: Chipping, Clay-coloured, Swamp, White-crowned, White-throated, Song, Field, Savannah, all seen in small numbers.

In summary, a stunning place, very friendly locals, fantastic birding in a safe environment.  Would I return again? Definitly.