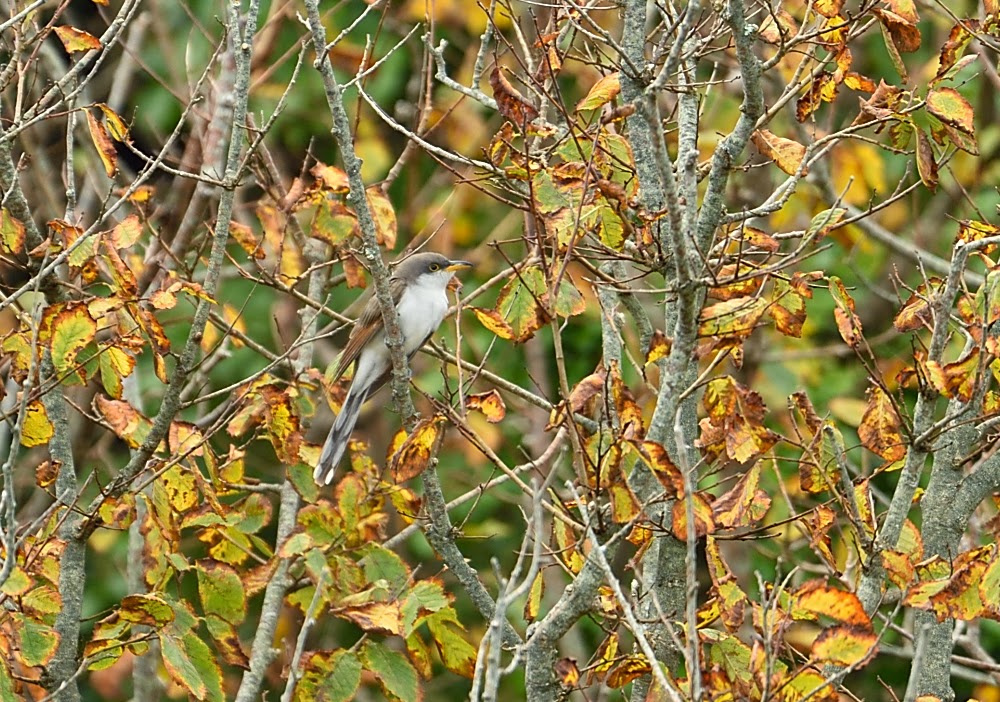 A Yellow-billed Cuckoo was found by visiting birder Andrew Tongue on Tuesday 23rd October in the elders near the toilet block at Porthgwarra.  By early afternoon it had moved up the valley to the doctor's garden area. By late afternoon it was re located near the dried-up pond near the wall.  It was certainly active and unlike any previous American cuckoos, was unwilling to perish too soon.
About 75 birders managed to connect and most had pretty good views, albeit fleeting.
I was extremely lucky to get a burst of shots off when it appeared in the elders in the 60 foot valley.

This is the 9th record for mainland Cornwall.  The previous records are detailed below: