A Pied Wheatear was found on Trevose golf course on Thursday 8th November.  It was sadly suppressed (by instruction from the golf club manager) for three days as it was on the course whilst machinery was in use.  News eventually leaked out on the Sunday but it was too late to connect with it. Pete Roseveare got a tip off from Clive Thomas that it had been relocated on Dinas Head, about a half mile from its original location.  Thanks to Clive's nod, Pete and Bob saw this super rarity on Wed 14th early morning and duly let the news out for all to share and enjoy.  I managed to see it today (15th Nov) and got stunning close views with a dozen or so others.

What a cracking bird it was and I am so pleased that the news came out.  For me its a first for Cornwall as I missed the 1991 male at Dodman Head.  And of course the Botallack male in October 2015 was identified retrospectively from photographs, so no one had any chance with that.  So the Trevose bird is the third for Cornwall and the first female. In birding slang, its an unblocker for me.

In context, two others turned up in the UK at the same time; a well watched male in the Wirral and another in the Northern Isles.

The species breeds as close as eastern Europe (Romania/Bulgaria) but the range extends well east towards Iran, Iraq, Caspian Sea, Afghanistan and onwards towards China.  It winters in India and north east Africa. 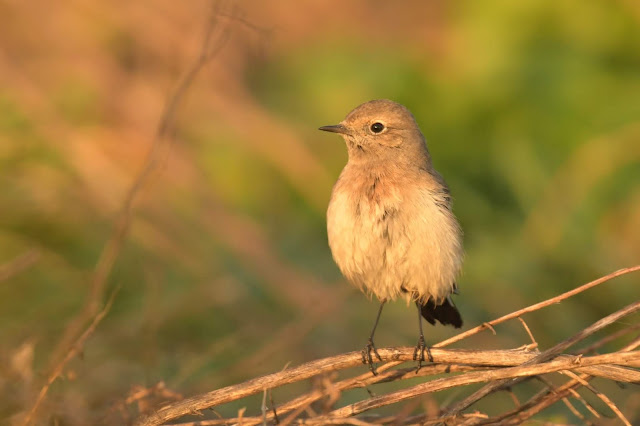 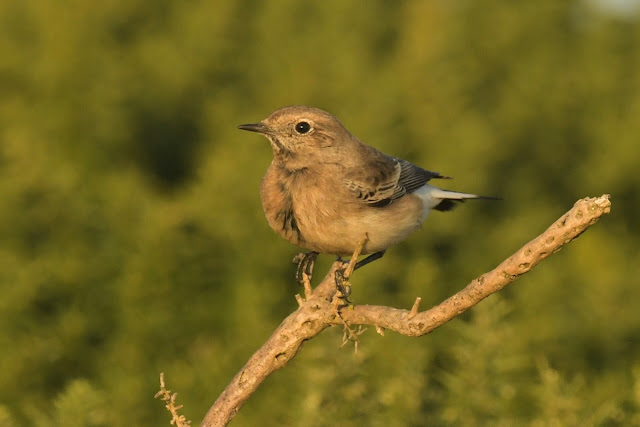