A Curlew Sandpiper in winter plumage has been seen for the last few days on the shingle and rocks just in front of the Lidl superstore at Wherrytown.  As with most small waders, it is confiding and allows reasonably close views.   Its also unusual to see a winter plumage bird as most sightings are juvs in their impressive apricot coloured plumage.

November records are decidedly rare.  For instance none were recorded in 2015 and just three in 2016.  The vast majority of the population will now be in south west Africa.  Hundreds of thousands winter in Namibia. 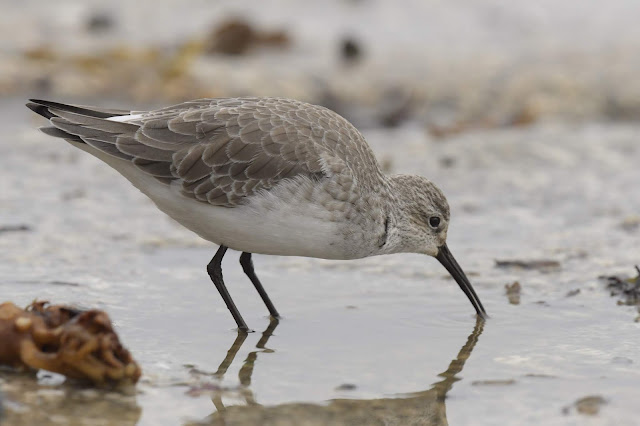