This first winter Scarlet Tanager was originally found by Dave Lewis and Matt Southam on Thursday as it fed in the pear tree in the garden of Grey Gables House, St Levan.  They saw it four times over a couple hours as it fed on pears in the upper canopy.  They must have had stunning views as the pear tree is only 15 yards from the road!  In contrast, about thirty of us this morning had to sweat it out until  just before 10 o'clock before the shout went out.  A brisk run up the hill and we managed to see it at about 60 yards distance on top of the elm trees, for about three minutes.  It moved along the tree tops a couple times before disappearing somewhere near the house.  That was the only good view afforded all day.  I didn't expect this bird to be so elusive.  The shot below is the only decent one I could manage.  About 100 or so more birders appeared during the morning and as far as I know, didn't connect. 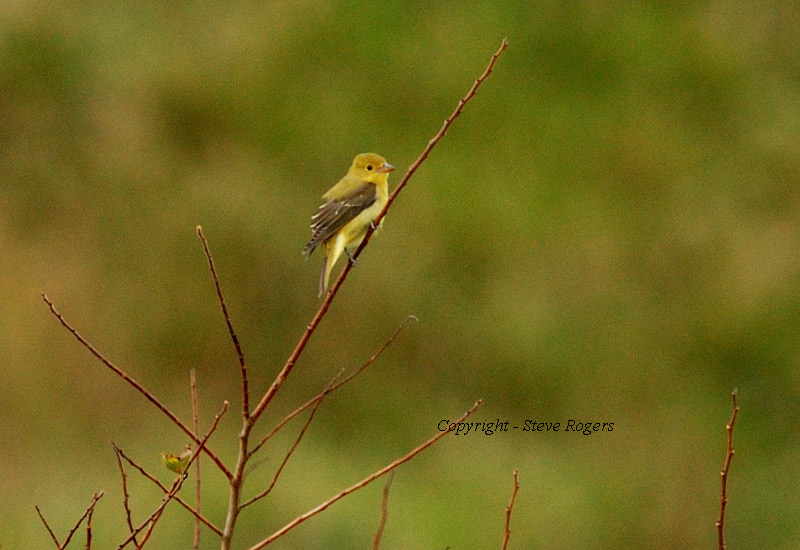