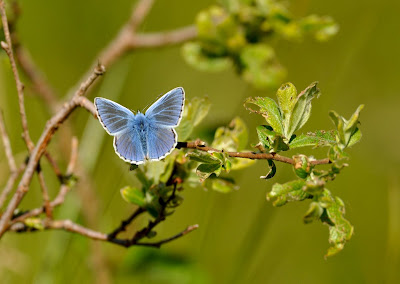 Saturday and Sunday were the hottest days so far this year and the first broods of butterflies were making the most of the heat. A visit to Perranporth dunes proved worthwhile as I snatched a limited couple hours photography before the family barbeque took precedent. (Only married men will understand this). 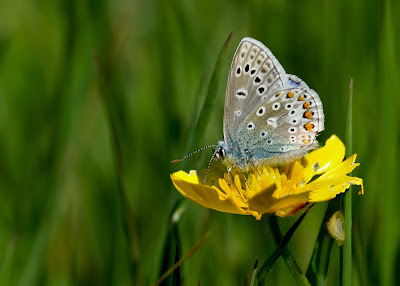 The four Common Blue images above and below are different individuals - up to 20 were seen scattered about between 9.45am and 11.15am. If I had time, more would no doubt have appeared as the sun gathered heat. 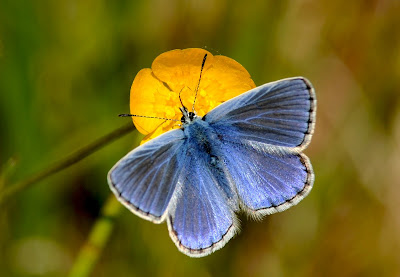 All of the images were taken with my favourite lens set-up. Whilst the 300mm F/2.8 is not a true macro lens, its' close focus of 2 metres is good enough for some quite spectacular detail. I always use the tripod for ultimate stabilty to ensure best focus. That said, there is still about 50% critically out of focus when viewed later on the laptop. 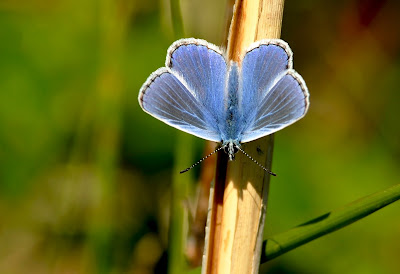 I was pleased with this shot as the shadow of the antenna is mirrored on the stem. (Fluke of course). 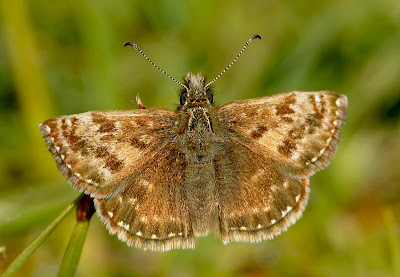 The image above is a Dingy Skipper. About ten of these butterflies were very busy chasing each other. You have to be really quick to get into position with this species as they continually antagonise each other. 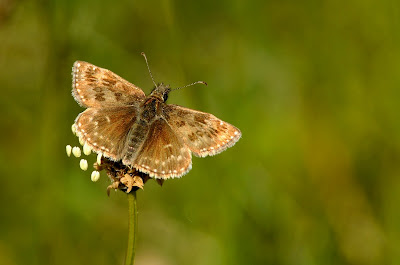 Dingy Skippers are locally common in Cornwall but not in West Penwith or The Lizard. They seem to prefer the dunes and woodland margins. Dingy Skipper has one unusual feature: when resting it resembles a small moth with wings outspread and curved back unlike any other British species. 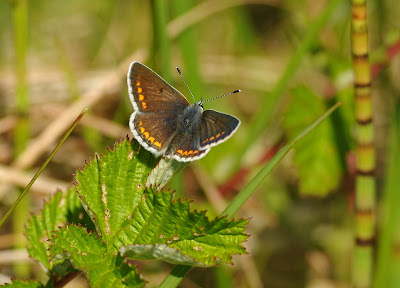 Above: Brown Argus. The digital image EXIF detail is fairly constant with all the images above eg. most taken at F/9 or F/10 and exposure either 0.0 or -0.3EV. All images have a low ISO of 100, which effectively means that the picture can be cropped quite aggressively before any pixellating appears.