Summary of visit to Cape May

This trip report summarises our two week visit to the east coast migration hotspot of Cape May in New Jersey.  My wife and I chose the last week of September and first week of October to coincide with the peak migration period.  Cape May is rightly famous not only for a spectacular raptor movement, but also a more than impressive visible migration of passerines.  Throw into the mix a Monarch butterfly migration of biblical proportions, then you have the makings of a brilliant fortnight. 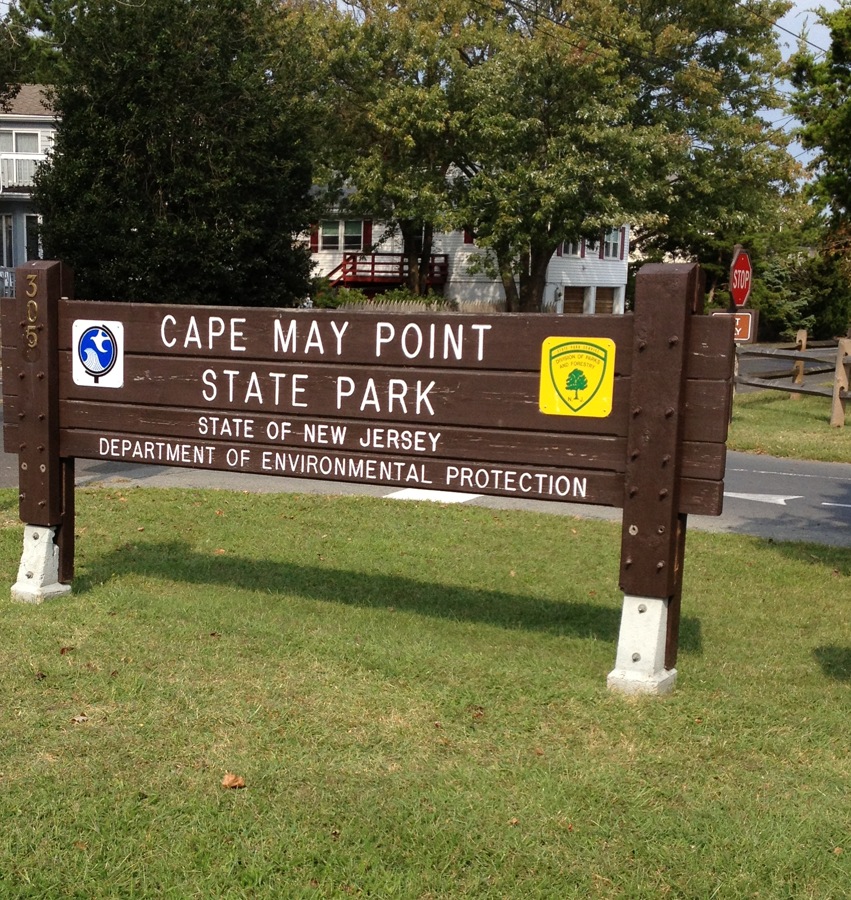 A pure fluke in the weather patterns allowed us to benefit from two major falls during our stay.  Big events are dependent on big changes in the weather and we twice experienced a shift of wind from the north west. This signals a big exodus from the breeding grounds of Canada and northern North America.  The southerly routes funnel migrants to the coast and onwards to Cape May like a giant Heligoland trap.  The birds' unwillingness to venture over the sea means Cape May simply cannot fail when the winds are in the right direction.  Add to that a massive lighthouse which acts as a beacon, then all the ingredients can produce something spectacular.

﻿﻿﻿﻿
The area is surprisingly large and a car is essential to cover the main birding areas. It didn't take long to find the hotspots and a daily routine soon became the norm.    Early morning, first light visits are essential at the Higbee Dike.  This is a "high" position of 50 feet or so at the mouth of the canal and close to the point.  It's where thousands of passerines and raptors are counted in the trees below or flying overhead.  We experienced two really good falls here eg 4600+ Yellow-rumped Warblers in one morning, but I was told first hand that the place has past witnessed perhaps a million birds in one morning.  So many birds that the road down was even littered with passerines.  Did I believe it? Yes, after I witnessed myself wave upon wave of Northern Flickers, Red-breasted Nuthatches, Palm Warblers, Cedar Waxwings, Sharp-shinned Hawks, Cooper's Hawks and Ospreys.

Soon after the Higbee Dike entertainment finished we headed a couple hundred yards inland to the Higbee Fields, five of them with strategically positioned towers to view passerines at eye level. The fields are where most of my photography happened.  Gaps in the hedges were the best places to position yourself as passerines worked their way southwards.

The early morning flight usually lasted three or four hours.  By 10.30 am most of the passerine migration finishes and its time to move on to a fresh set of migration at the hawk watch platform.  Most birders from the Higbee Fields will be at the hawk watch by midday to witness hundreds, if not thousands of raptors all moving south.

The extensive beaches were always were worth checking.  Terns, skimmers and gulls were always plentiful.  Tern highlights included Royal and Caspian Terns but Forster's was by far the commonest with hundreds seen daily.  The commonest gull was Laughing Gull, but several Ring-billed's, American Herring Gull and a single Bonaparte's were seen.

The logistics of the holiday were fairly simple.  We flew by British Airways, Heathrow to Philadelphia.  A small car was hired (£300) at the airport and we drove the couple hours south to Cape May.  A GPS is essential if your passenger is not good at navigating and saves countless arguments.  I downloaded a TomTom app to my iPhone for £39 and this was essential.  There are a lot of tolls so you need to keep plenty of quarters on you.  I'm also expecting a couple fines for driving through tolls without paying.  We booked a reasonable motel room (Madison Ave Beach Resort £70 per night) with basic cooking facilities.  Eating out is easy as Cape May is essentially a beach resort.  And that's about it.  The place feels safe, the people are ultra friendly and helpful, Mike Crewe at the Cape May Bird Observatory LINK HERE is more than helpful and the shop is well worth a visit too.  Would I visit again? Definitly.
Posted by swopticsphoto at 21:47