With the first snow fall of the winter comes some unexpected and early Waxwings in the county. The snowfall today was England's fifth fall in nine days amid an early winter - after snow in the East last Saturday, in the West on Thursday and the North on Friday and Saturday.
Two Waxwings were seen today in Mylor Harbour churchyard feeding on yew berries.  Another could not have been further west than in Victoria Row, St Just today.  Another was also seen in the east of the county at Saltash.  Along with many other Waxwings in southern England, presumably they are heading further south towards France and Spain. 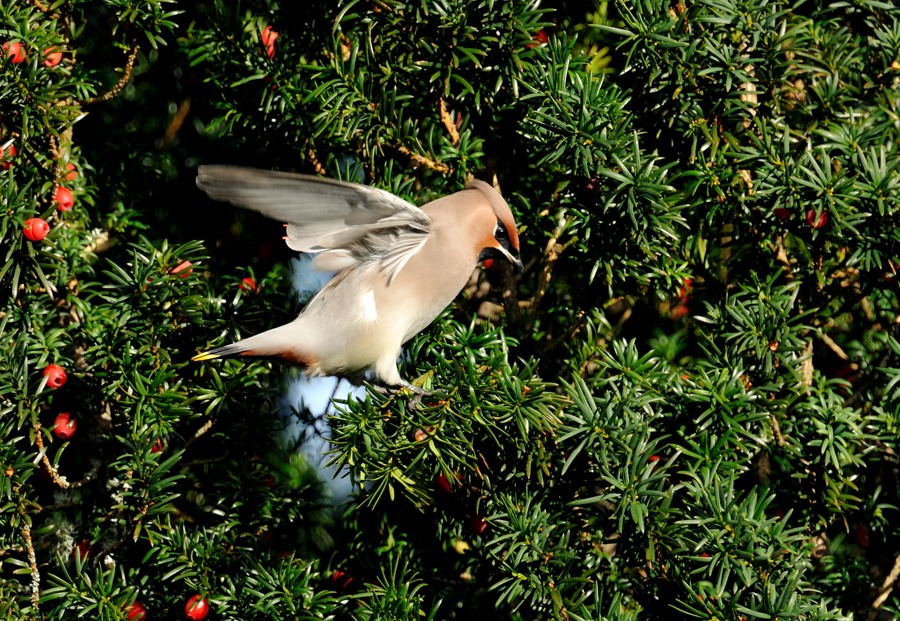 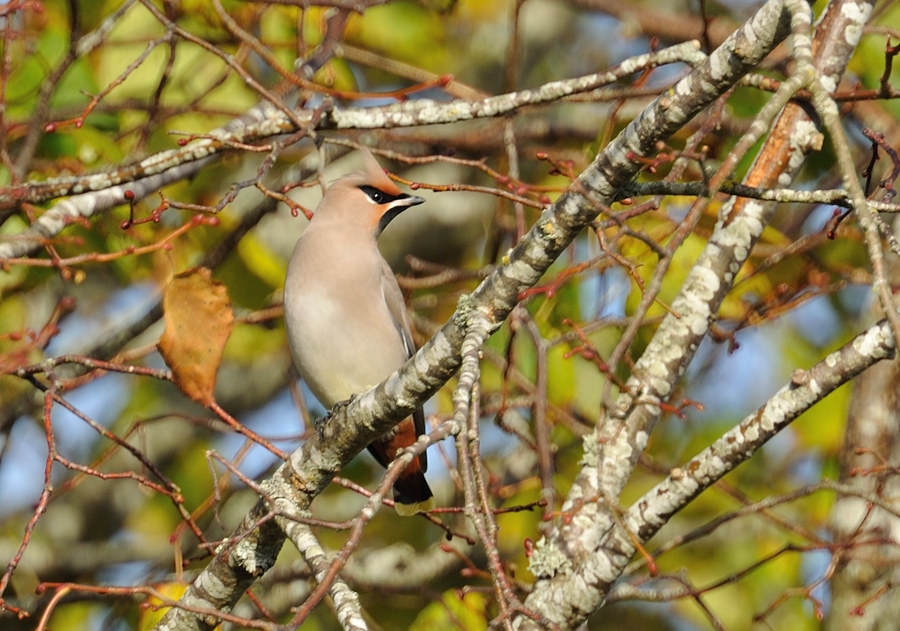