Spotted Sandpiper on the Camel Estuary

Continuing with the American theme this Spring, a superb adult Spotted Sandpiper was found yesterday near the A39 concrete bridge which spans the estuary.  This species follows Pectoral Sandpiper, American Golden Plover and Lesser Yellowlegs this Spring in Cornwall.  The Spotted Sandpiper was always distant at about sixty metres on the opposite side of the estuary, but it showed well at mid morning with four Common Sandpipers.  It can be picked out fairly easily as it is so much paler than the Common Sands.  And of course it sports some dark spotting on the underparts and mottling on the coverts. 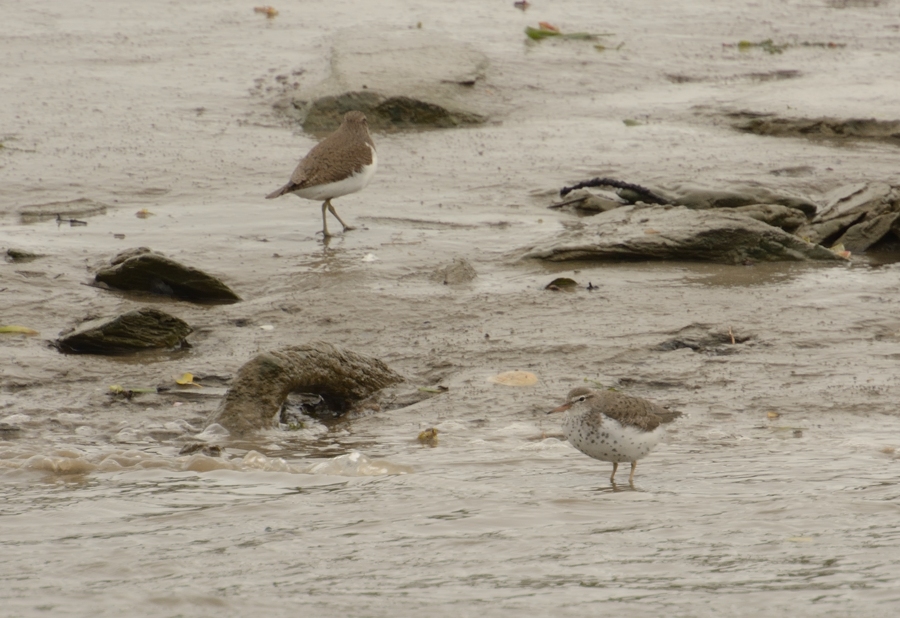 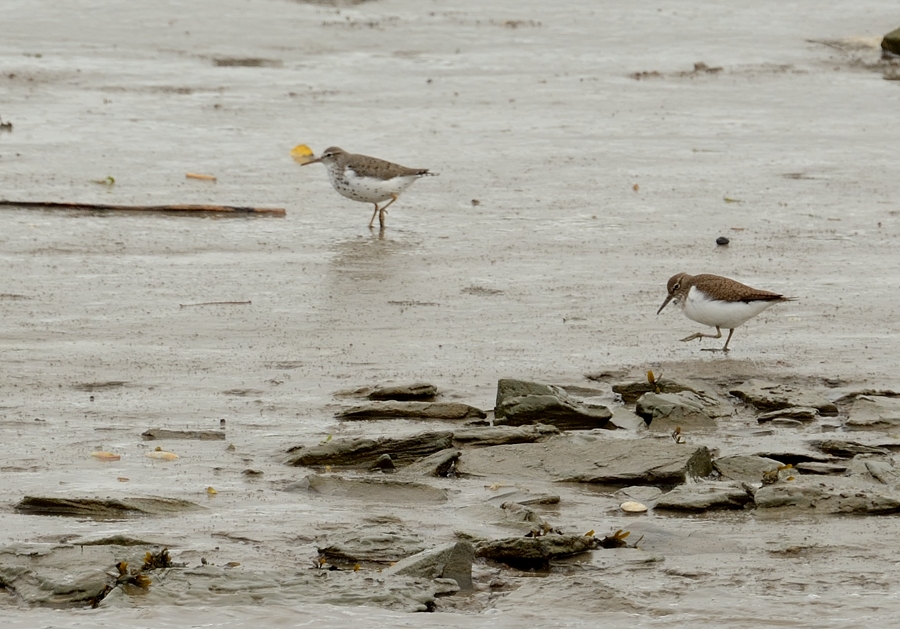 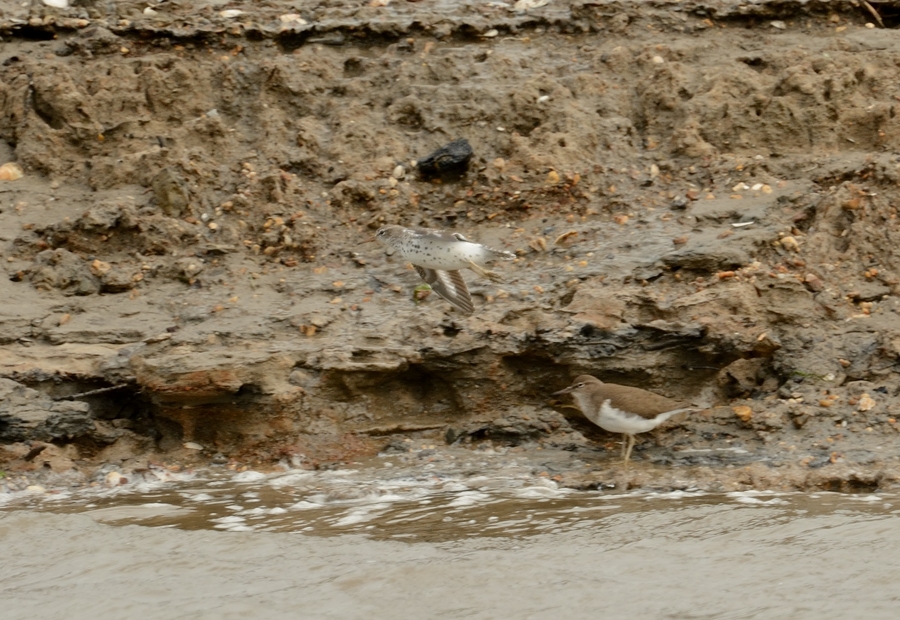