An early start this morning at Stithians Reservoir sees the weather deteriorate with low light levels obviously affecting shutter speed. The Great-crested Grebe shots below were taken at 2000 ISO, just enough to give 125th second shutter speed. The two images below were taken with the D3 and 300mm F/2.8 and 1.4x TC. Aperture was set to F/4 and exposure 0.0, WB set to Cloudy. Great-crested Grebe is uncommon at Stithians. This individual was found last week by Simon Taylor and was heard calling continuously today. It was also displaying and advertising itself energetically this morning. Presumably it's a male. 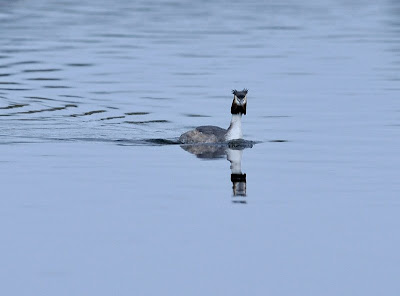 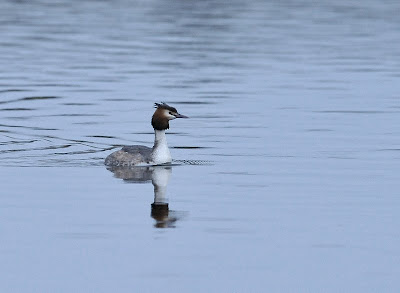 The images of Great Spotted Woodpecker and Robin were taken from the southern cut-off hide this morning. The light had improved a little but the rain can be seen in the woodpecker image. The two shots were taken with 1000 ISO setting and the same equipment as above. There is no graininess or noise at all. 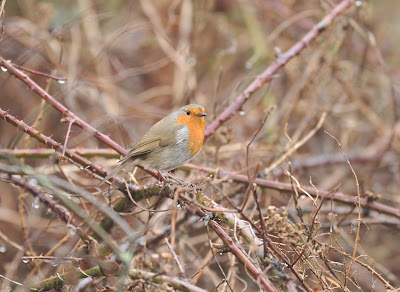 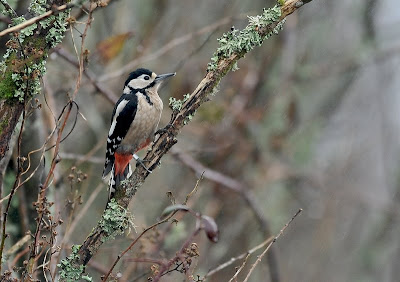