Up close and personal with a Glaucous Gull 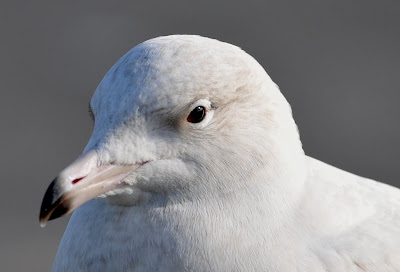 This bird is the first year Glaucous Gull which has spent all winter in Newlyn Harbour. Given the size of this gull, it is approachable and remarkably docile, allowing ridiculously close views. So close that you can see its' eye brows and the living bugs near its' eyes. First year gulls can be aged by their dark eyes, with the iris becoming pale at adult. Newlyn Harbour is the best site in the region for rare gulls and this individual could often be seen with two Iceland Gulls that also wintered in the harbour. 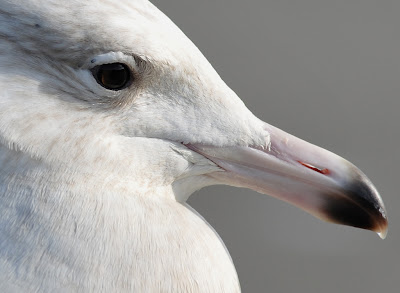 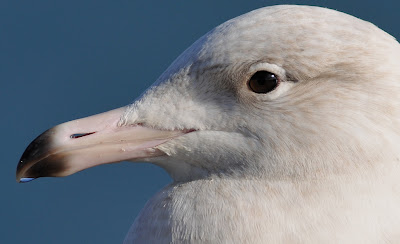