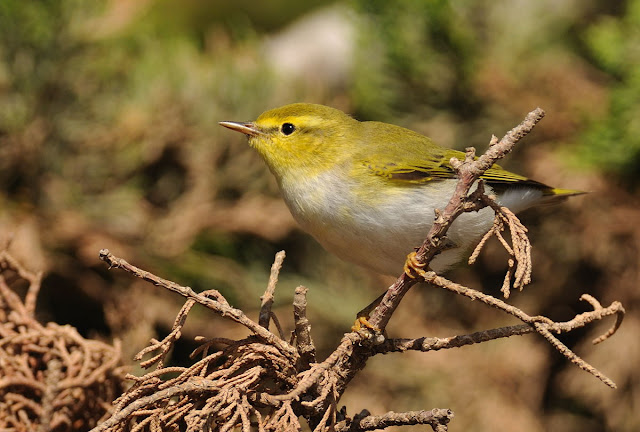 We spent the final day around Cape Kournikatis and a pool near Ercan airport.  Photographic highlights included two trip ticks shown below as well as a stunning Wood Warbler, allowing approach to 15 feet.  Birding highlights included four flycatchers in the same hedge: Semi-collared, Pied, Spotted and two male Collareds.  Nice. And a stone's throw from them was male Golden Oriole, 15 Ortolans, male Cretzschmar's, four Serins and 200+ Bee-eaters.  Even nicer, and all this on a bonus day because of a volcano. 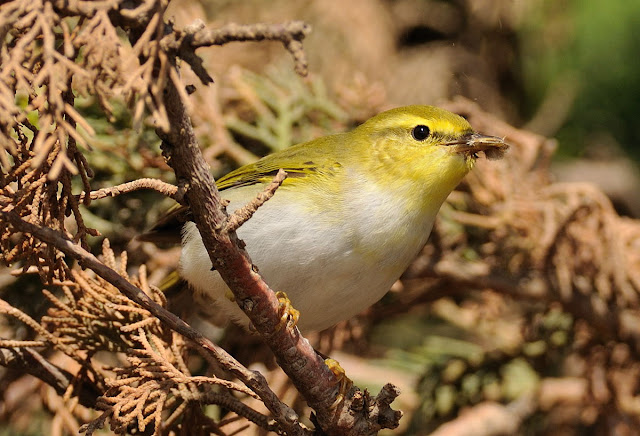 The image below has just caught the bill crushing an insect with the resulting guts exploding upwards.  I normally crop around 15 to 25% but this shot has been cropped 40% to show this a bit more clearly. 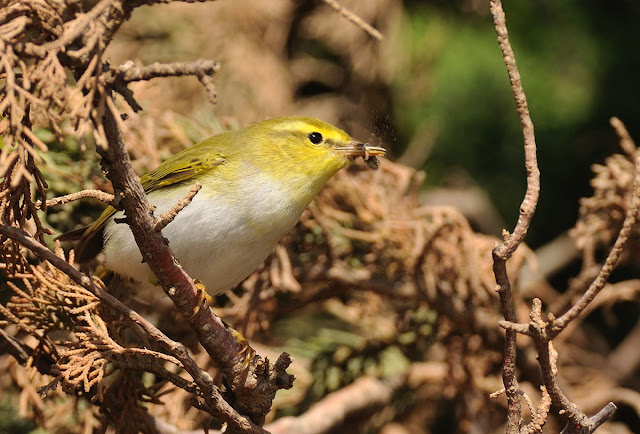 Below is a first summer Semi-collared Flycatcher, the only one seen by us on this trip.  In common with other eastern Mediterranean islands this Spring, this species was seen in higher than normal numbers. 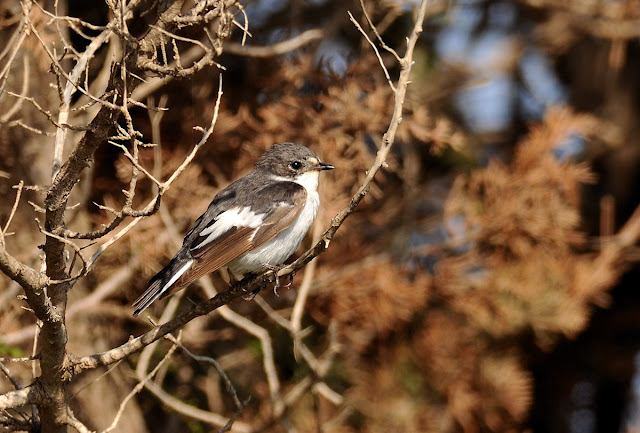 This is a first summer bird with brown primaries and secondaries contrasting with the black mantle. Its' right side is less defined and clearcut than the left side. 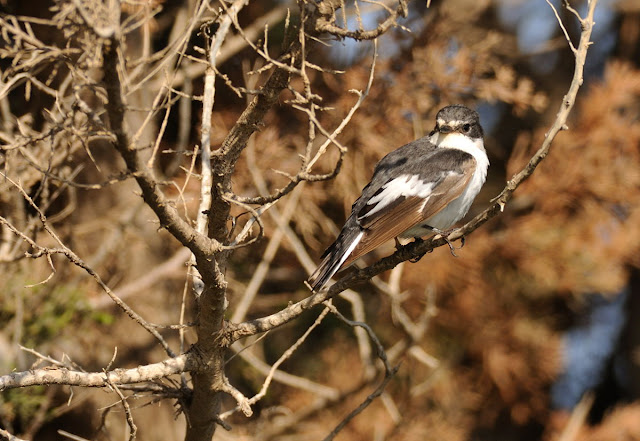 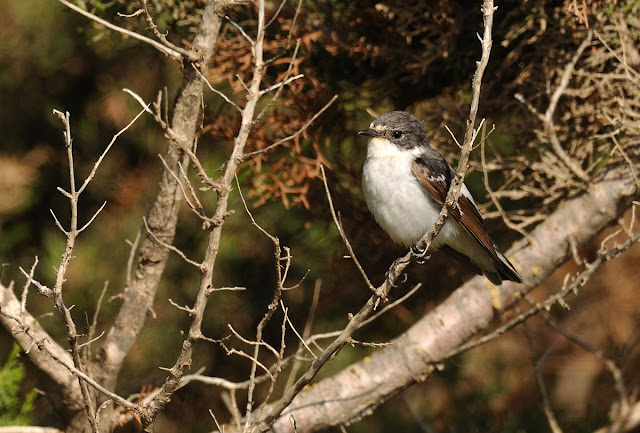 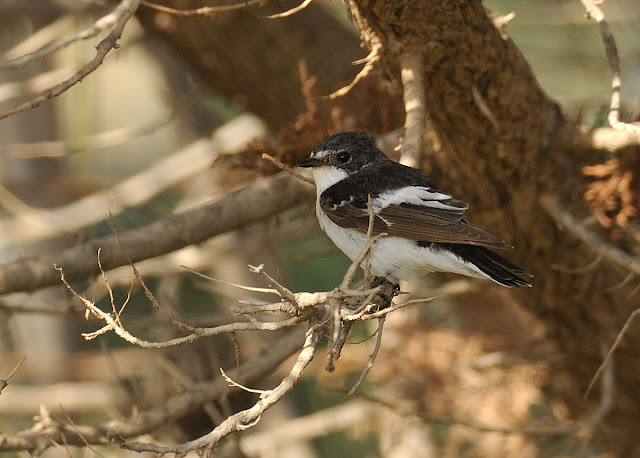 Yellow Wagtail of the race superciliaris.  This striking race originates from S E Russia and was the only one we saw on this trip. 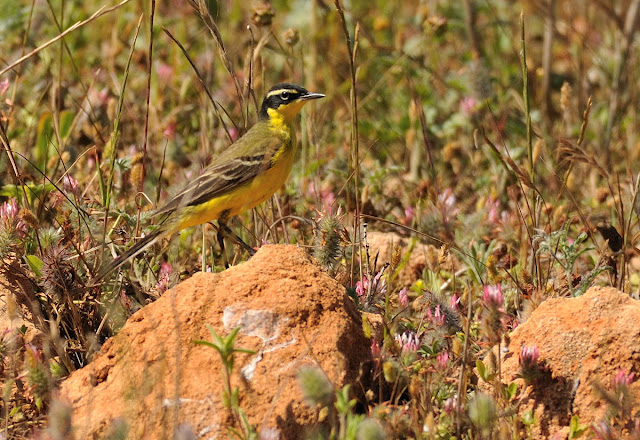 This is the end of the North Cyprus blog and I hope you have found the posts interesting.  It seems like I am showing friends all those boring post-holiday images but presumably as birders, there is some appreciation.  We saw 160 species in two weeks and I managed to photo most of the important ones.  The two that got away were the Isabelline Shrike and aquilla eagle.  I took around 7000 shots, 200 of which I am very pleased with.  Adult male Barred Warbler with a nice yellow eye was on my wish list and was duly delivered!
As previously mentioned, I was hoping to do a live feed straight on to the blog but sadly the internet connection was surprisingly poor in Cyprus.  As we were in the Turkish quarter, the price of connection is prohibitive at £1.68 per minute plus big charges for the image upload.  Maybe next time.
Now why can't the Icelandics give us a real volcano and we could have stayed longer?
Posted by swopticsphoto at 20:23