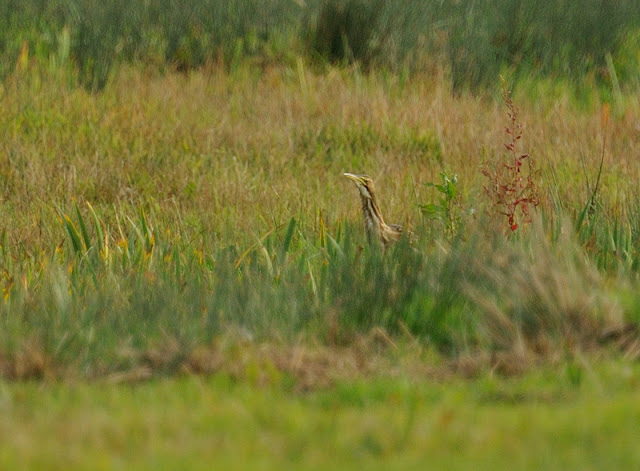 These distant shots were taken today from the Col. Ryves hide at Walmsley.  Adrian Langdon observed that it flew in from the Camel Estuary end of the sanctuary at first light and landed somewhere in the vast juncus and flag iris beds.  It took some two hours to locate it as it fed in the gulleys.  These shots were taken about 100 m away from the bird.  It did approach closer though to the main hide at midday. 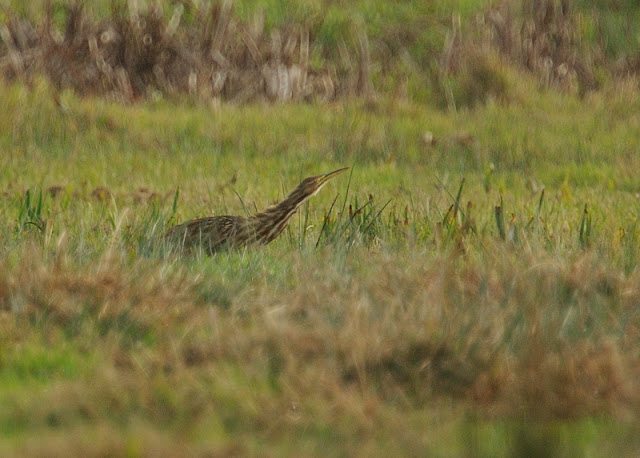 There are now eight mainland Cornwall records; the Trewey and Walmsley records refer to the same individual, based on photos showing S1 flight feather not being fully grown. (per birdforum thread).  The last UK record was the 1999 bird at Walmsley and prior to that was the well twitched bird at Marton Mere in Lancashire in 1991.  American Bittern has therefore become a very rare vagrant and this is linked with its' general decline in numbers in its' breeding range.
Cornish records:

During the breeding season, American Bittern ranges from the mid-United States to northern Canada. Its wintering range stretches from the south Atlantic coast across the Gulf coast, west to southern California and as far south as Central America and Cuba. 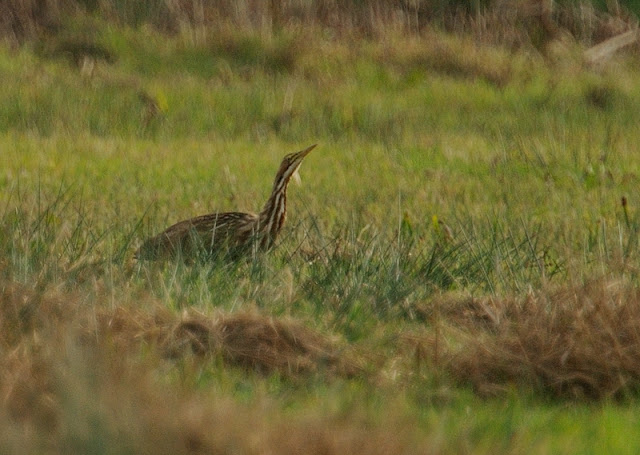 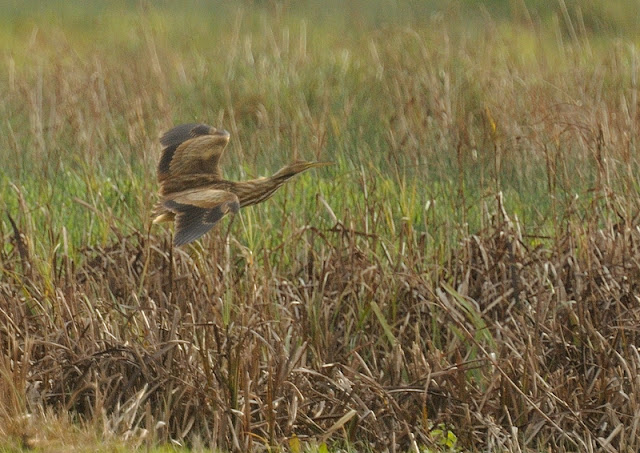 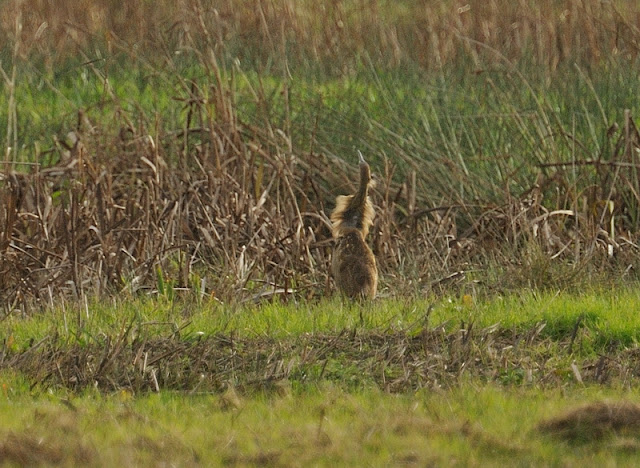 The above image shows the strange sky pointing behaviour which it adopted for a couple minutes.
Posted by swopticsphoto at 20:31