A couple Avocets dropped in at Ryan's Field, Hayle yesterday (Sunday). They were pretty flighty as they were chased around by a Herring Gull.  At one time they settled in the middle of the estuary, swimming on the high tide.  The stronghold for Avocet in the county is the Tamar complex where they average a good couple hundred wintering birds.  Away from the Tamar they are scarce.  Two or three occasionally winter on the Tresillian River but have been absent this year.
Breeding numbers both in the UK and in continental Europe have increased since the mid 1970’s with the main UK population being concentrated on the coasts of East Anglia and North Kent. By 2000 the UK breeding population had increased to almost 1000 pairs. A pair successfully bred in Worcestershire in 2003. 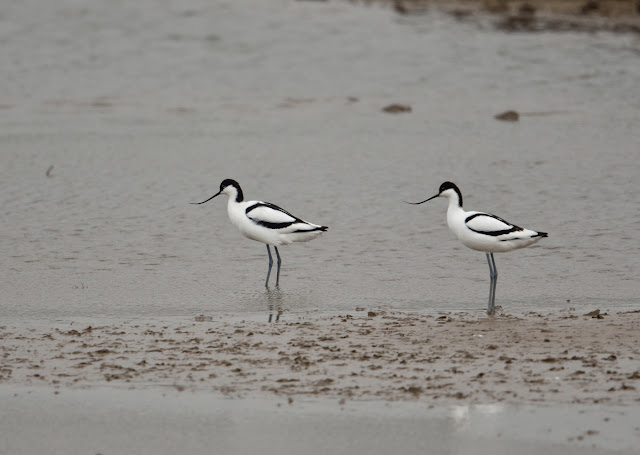 Email ThisBlogThis!Share to TwitterShare to FacebookShare to Pinterest
Labels: Avocet