On Friday 18th June, Patsy and me found a Black Kite on the west side of the moor at Porthgwarra at 09.58.  It seemed to come in off the sea and headed towards Nanjizal, being mobbed by a local Peregrine.  It flew about 100 ft above us and moved steadily north east.  I managed to get a few record shots.  Its the second bird we have seen this Spring and was a different bird to the earlier one.  This one was aged as a probable 3 cal year bird.  It was obviously in serious feather moult and might also have been shot at as the feather condition was poor. 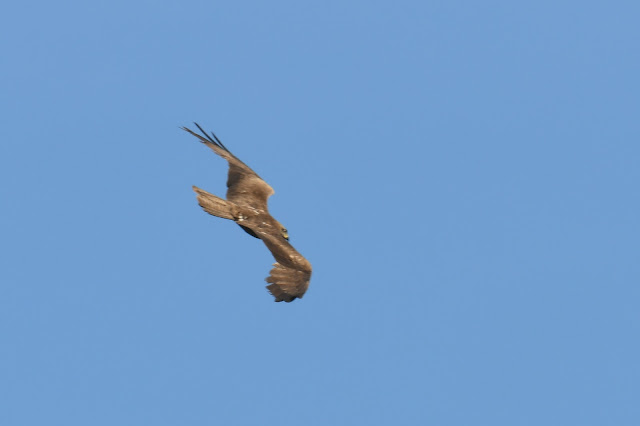 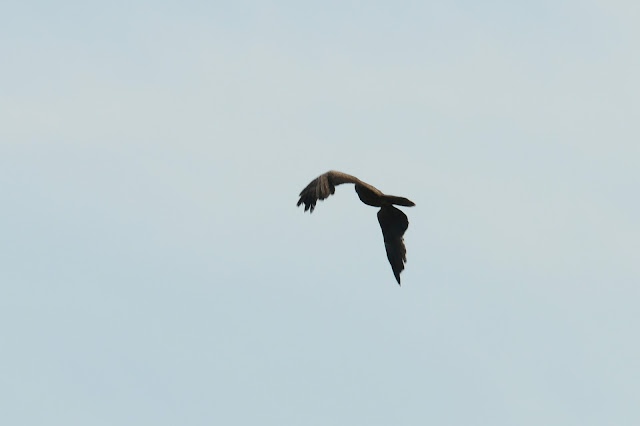 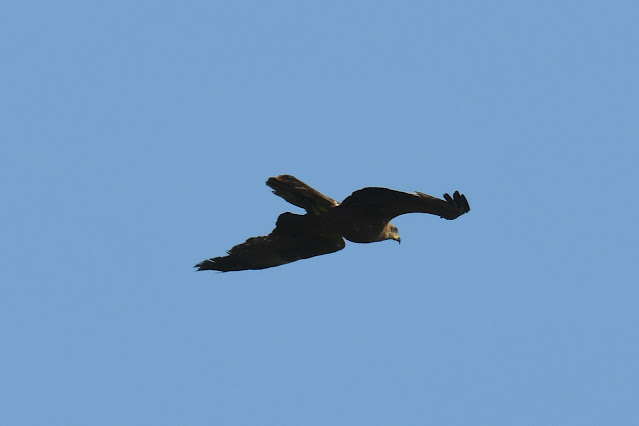