Two adult Whooper Swans appeared at the res today and were content to feed at the far side of the main hide, about 100 yards away. A handful of Whoopers are more-or-less annual here, but always a welcome sight. The light was poor tonight and I had to raise the ISO to 1250. Shutter speed was still only about 60th second resulting in just one or two shots in reasonable focus. Exposure raised to +0.3 . WB set to cloudy. 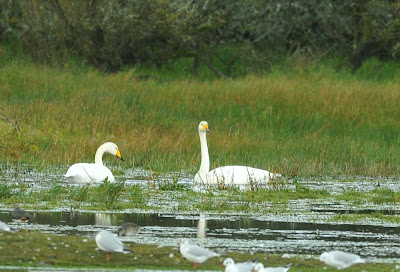 I also managed to photo a Wren in front of the hide. The light was really poor and ISO was up to 1600. Shutter speed was now just 30th second! Of some thirty shots just three or four were in focus. The adult male Chaffinch also put in an appearance on his favourite branch, some five yards from the hide. 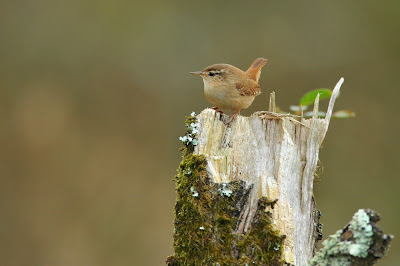 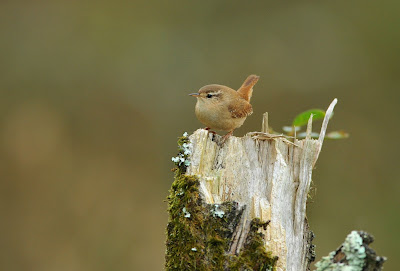 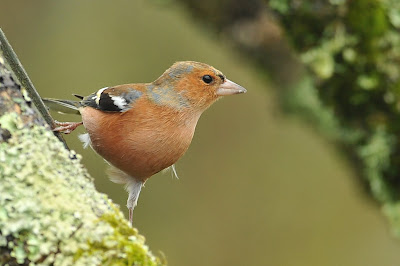