The Bluethroat found on Friday 24th eventually showed well for me and a small group of assembled birders. Once found amongst the Cornish heather, it was incredibly tame, often approaching too close for the long lens cameras. At one point, it walked along the track through someone's legs! The light was really poor and of the 261 shots I took, only 20 or so were in focus due to the low shutter speed. The images below were the best I could get given the light situation and most of these were when the sun briefly emerged. I have seen several Bluethroats on Scilly but this is the first for mainland Cornwall for me. And that's after 35 years birding in the county. (Red-eyed Vireos are more regular than Bluethroats!) 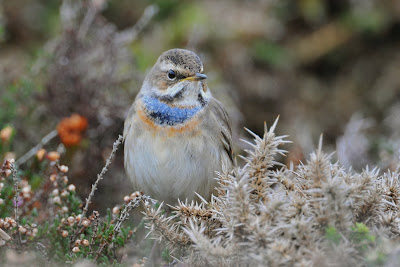 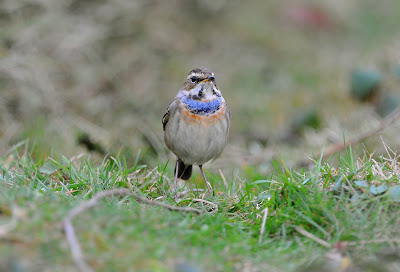 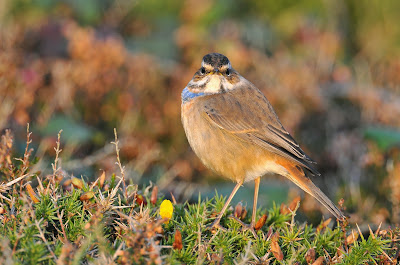 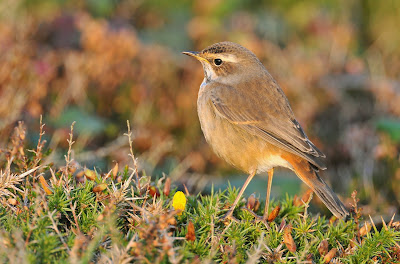 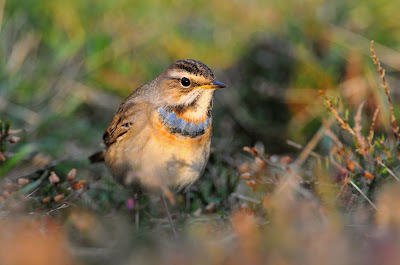 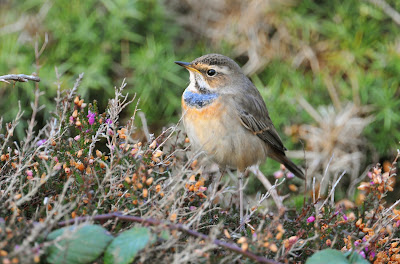 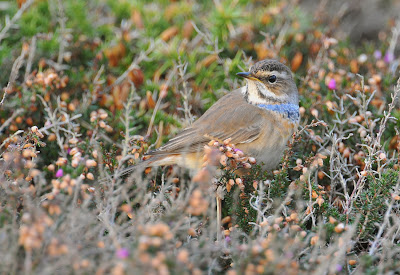 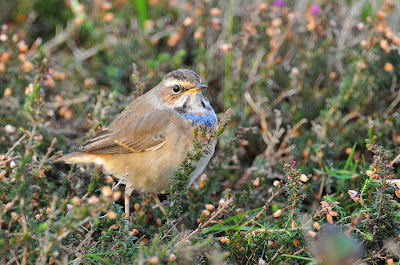 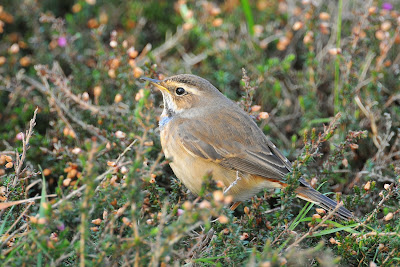 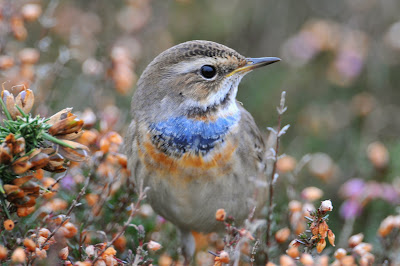 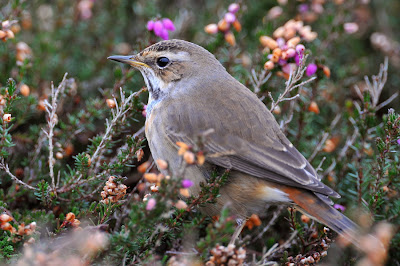 Email ThisBlogThis!Share to TwitterShare to FacebookShare to Pinterest
Labels: Bluethroat