Cyprus at the end of March and early April is prime time for migrating wheatears. Every suitable habitat holds them. Isabellines and Black-eareds were most common followed by Northern. We were lucky to find a pair of Finsch's Wheatears on passage, although they do winter in Cyprus. Females are more tricky to identify and pose plenty of discussion. Below is a sample of some of the images. 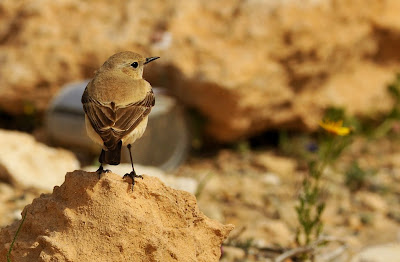 Above and below: Female Desert Wheatear, the only one seen on this trip. 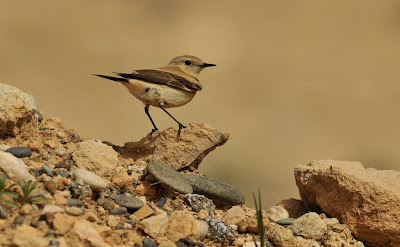 Below: Male Isabelline Wheatear. These were numerous. 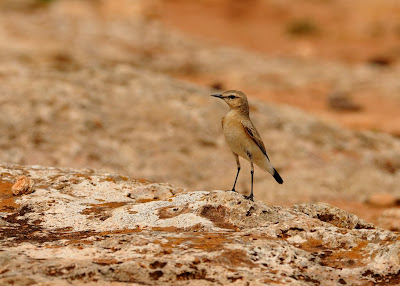 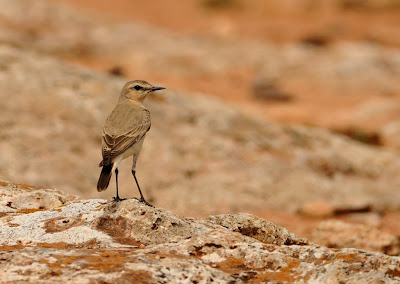 Isabelline Wheatears with a Trumpeter Finch on the same rock. Apologies for this one being slightly soft... but the Trumpeter Finch is the 11th record for Cyprus and given the long distance, and low light, was the best I could manage. 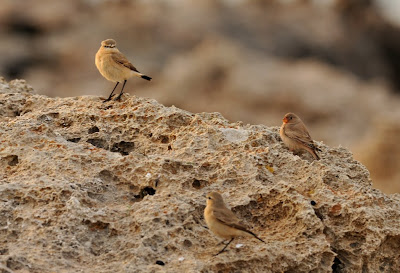 Isabelline Wheatear - this image was taken by Pete Maker. I passed my camera to him because this individual was on his side of the car! Perhaps he should keep it! 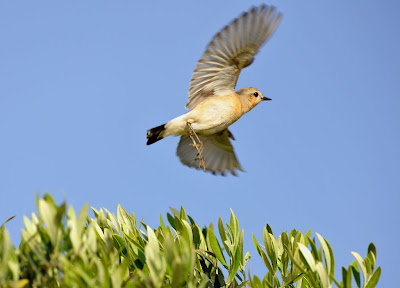 Female Isabelline - same individual as above. 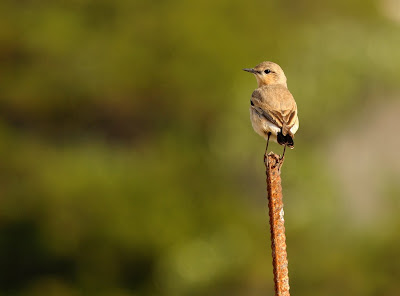 Male Cyprus Pied Wheatear - one of two endemic species on the island. They can be found in any habitat on the island and are common. 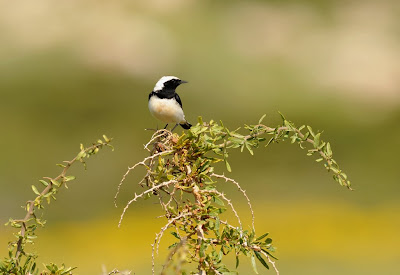 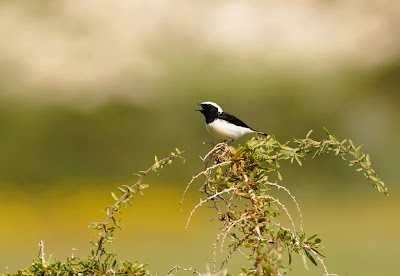