While waiting for the Spoonbill to appear from the reedbed and juncus, I took some shots of this Little Egret. They are so common now in the county in virtually any suitable habitat. You can quite easily ignore them but, given the right conditions, egrets are delightful to photograph and always a challenge to get the correct exposure.

The flight shot below was taken with a higher than normal ISO of 800 and a high aperture of F/6.7 with the intention of raising the shutter speed. The Exif detail gave a reading of 1/2500s, which has caught this Little Egret in good focus. I was particularly happy with the capture of the water drops dripping from its' feet. 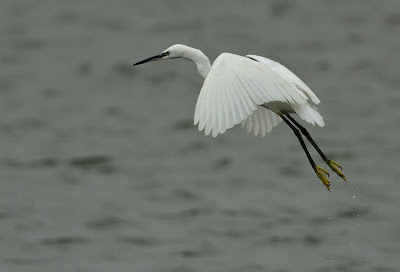 The egret below is a different bird to that above and was taken in different light this afternoon. The light was appalling and disappointing as I wanted better light for the target bird, which was a Spoonbill. The ISO was 800 but I opened up the aperture to its' F/4 maximum, just to get the all-important shutter speed up. The best I could get was 1/640s. Exposure was 0.0EV though I have reduced this in Capture NX software. 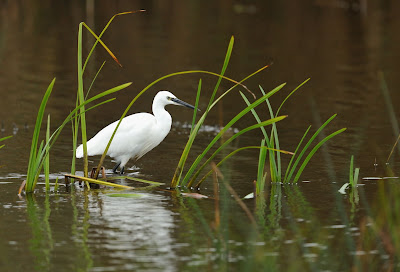 The images above and below were taken from the standing stone by the viewing area on the Marsh. 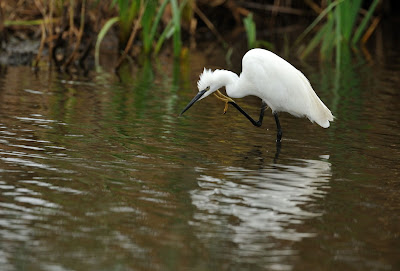