A tick in Staines but no crown jewel

A long overnight haul to South Shields was sooo disappointing. Three days was long enough for Britain's first Eastern Crowned Warbler to feed up and move on during Saturday night. I had my suspicions. Driving through the night was nice and cloudy in the Midlands but was clearer in the North. The constellations of Plaiedes and the Plough were worringly obvious. Half an hour after sunrise and no sign of the Blackcap and Yellow-browed Warbler convinced me that we should travel south asap and try for the long-stayer Brown Shrike in west London.

With Chris Brown and Brian Mellow, we decided to check every hour with Mush that we hadn't been too hasty. The point of no return was Sheffield !!! but we were right; the clear night had tempted a clear-out. I was hugely disappointed because the bird really appealed to me - hopefully there will be another soon. 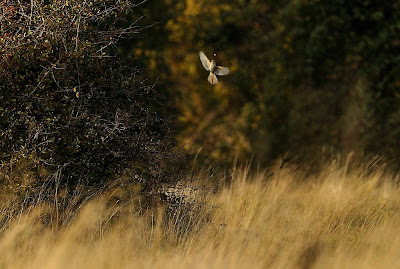 We arrived at Staines Moor with an hour of strong evening sunlight remaining to view the Brown Shrike. This was more than a consolation prize. Having missed the Lizard bird due to being at the Munichbierfest, I was really pleased to catch up with this mega rarity. 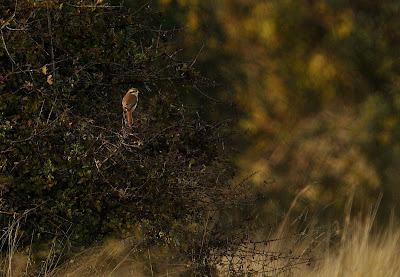 Never close, these were the best in focus shots that I could achieve. They have been cropped by approx 50 %. The action shot above is slightly soft but it does show the important short outer tail feather. 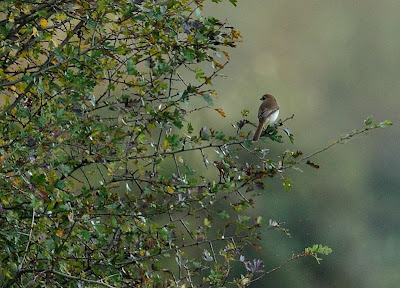 The image above shows the long rufous tail and very short primaries, which further highlights the long tailed impression. 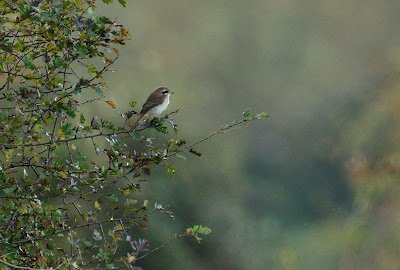 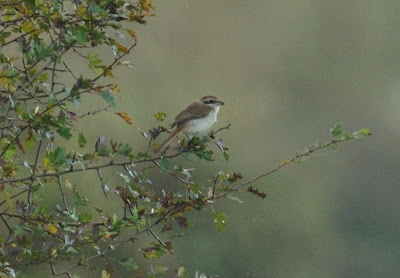