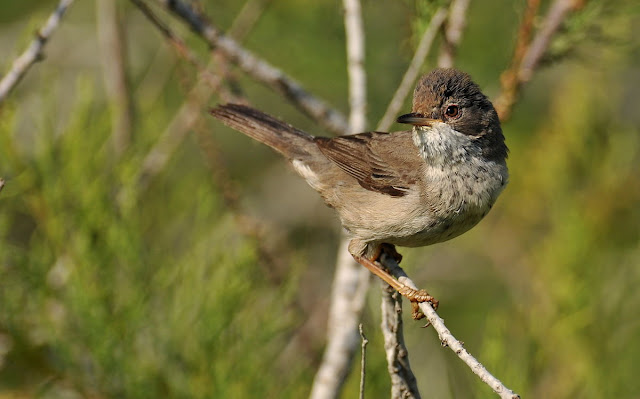 Below are some of the bird images of the day on a two week visit to Cyprus.  The above shot is a female Cyprus Warbler, one of two endemic species on the island.  The images below include Ortolan Bunting, Red-throated Pipit, Common Crane and the rarer Demoiselle Crane.  The latter was a special find as the species is normally only encountered during autumn on its' migration through the island. 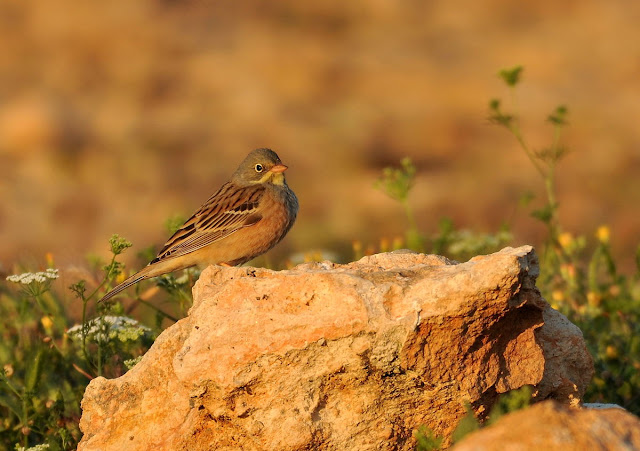 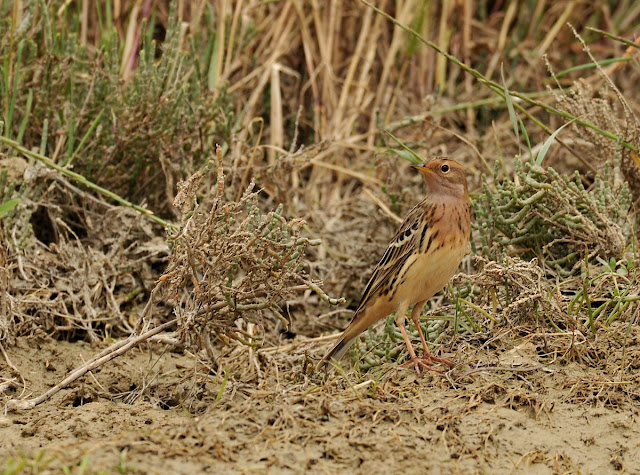 Red-throated Pipits were common on this trip and all were in full summer pluamge with their red throats and generally rufescent tones.  Over the two week period, several hundred were logged. 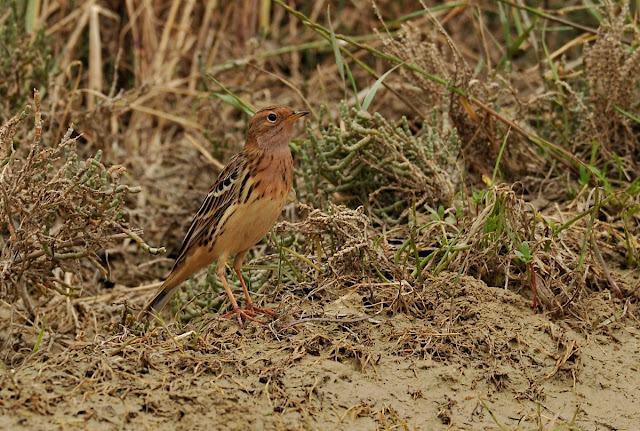 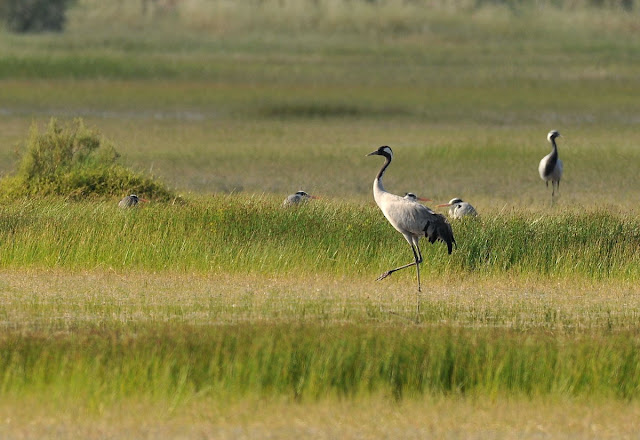 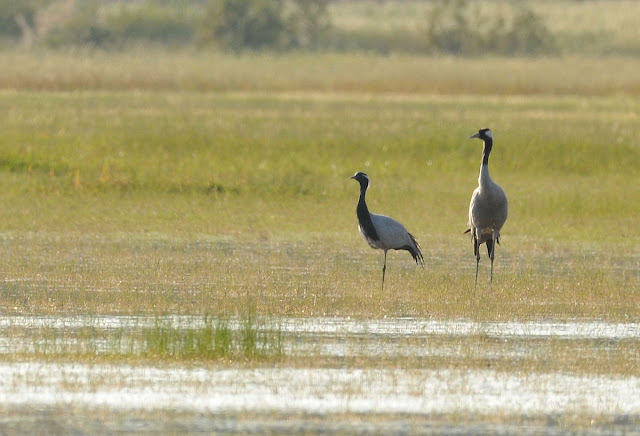 The Cornish crew included Steve Kolodjiezski (Wendron), Peter Maker (Truro), Bob Bosisto (St. Columb) and myself (Truro).  Over the next few weeks, I will be posting a daily blog update on events.
Posted by swopticsphoto at 07:35