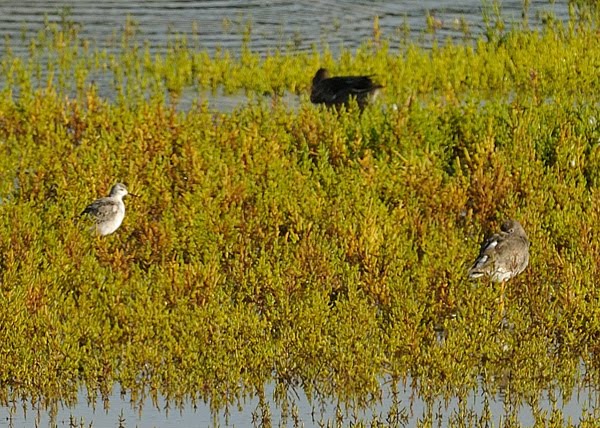 These two long distance record shots were taken this evening from Lelant Saltings railway platform.  Given the long distance, these were the best I could muster - I reckon the digiscopers should do better.  After a long weekend of continual rain and wind, the weather suddenly turned.  This gave the finders (Chris Barnard and independently, Tim Twiggs) just the chance needed.  In addition, a Pectoral Sandpiper was also just yards away. 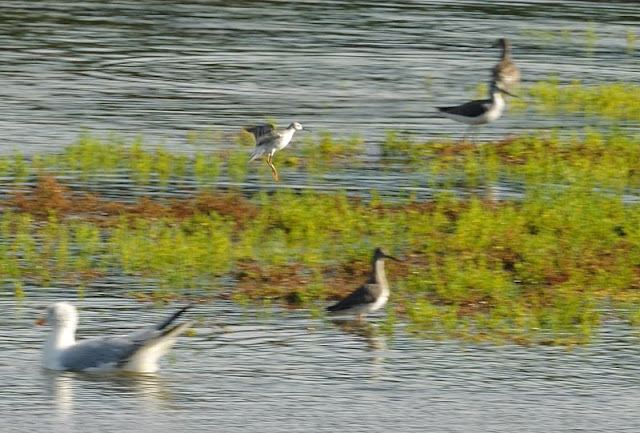 This is the 23rd record of Wilson's Phalarope for mainland Cornwall.  The last was in 2006 when one was found at Walmsley and later relocated at Stithians.  Wilson's Phalaropes normally stay for a few days so there should be more opportunity to achieve better photo's.
Posted by swopticsphoto at 21:41