There has been above average numbers of Ring Ouzels this Spring with some sizeable flocks being recorded.  There seems to be two obvious influxes with the first starting around the 8th and 9th April, where many singles and a flock of six occurred at Trinity Field, Sennen.  Nationally, 250 were recorded at this time.  The weekend of 24th and 25th April saw some good numbers passing through the county.  Viv Stratton counted a flock of 22 at Rosewall Hill, St Ives on the 24th and I counted at least 15 there on the Saturday.  The majority were females.  The image below was taken by myself on Saturday early morning. 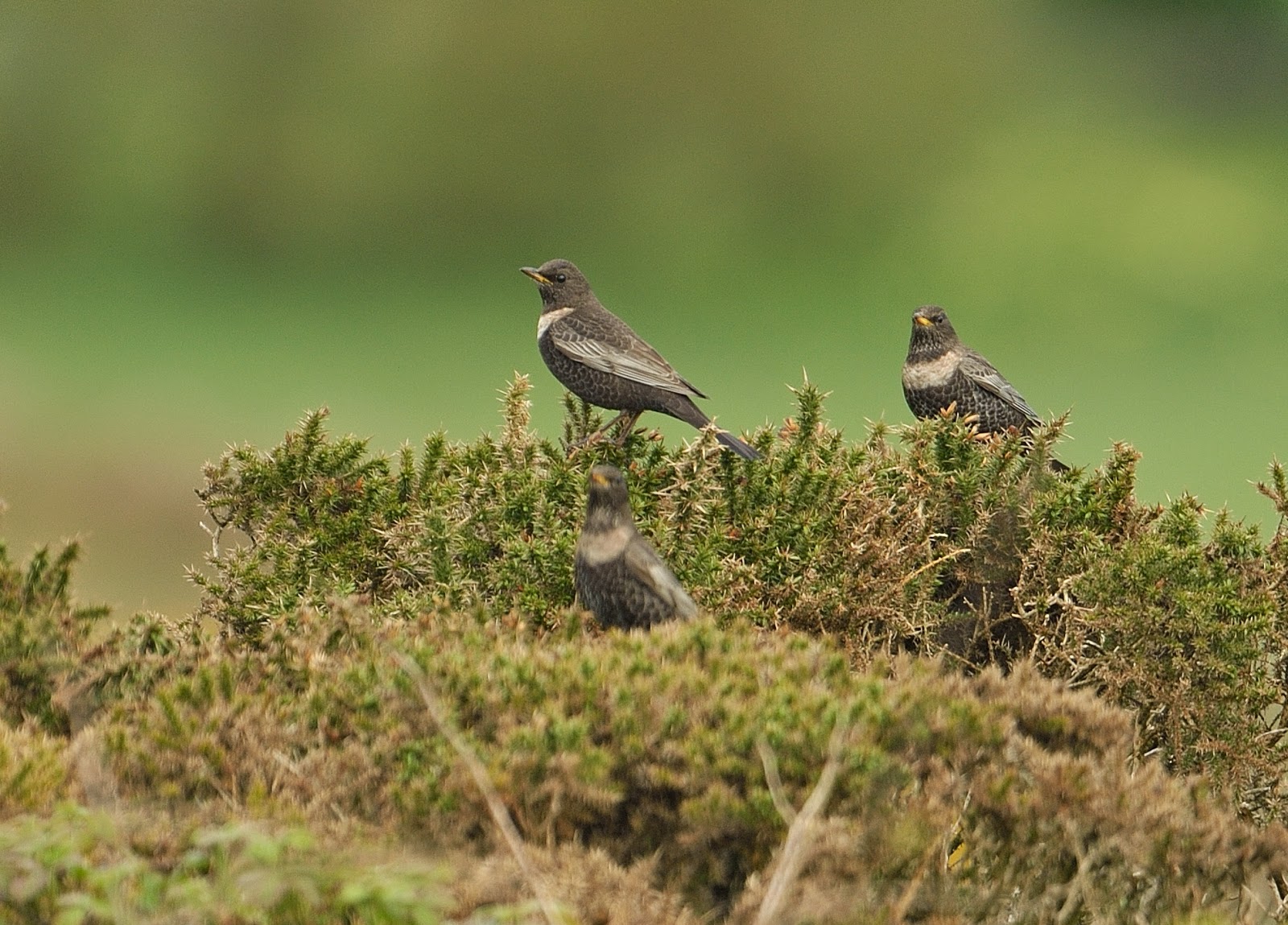