The first north westerly blow of the "autumn" perhaps didn't quite live up to expectations but nevertheless, was an interesting morning. Hundreds of Manx Shearwaters steadily passed the island from 7am and didn't really stop when we departed at noon. Eight Balearic Shearwaters also passed the island with some Gannets, Storm Petrel, Scoters and Guillemots. Sadly no skuas or large shearwaters were seen today. 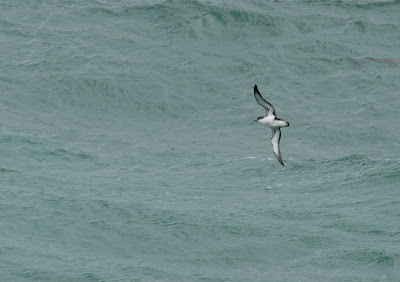 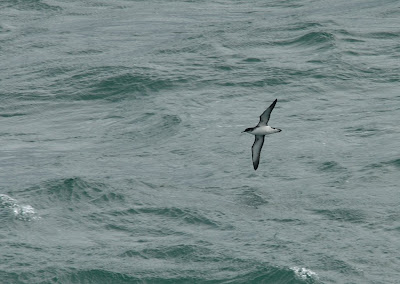 Above and below are some images of Manx Shearwater, most of which passed within a couple hundred yards of the island. 95% of the worlds' population of Manx breed around the UK and can be seen easily from most Cornish headlands between spring and autumn. 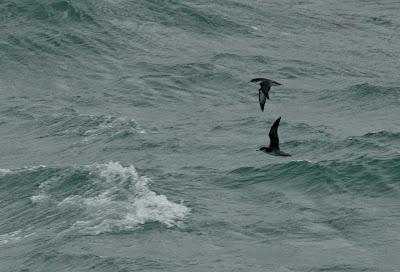 The Manx image below is an odd one and still cannot quite work out what's happened here? Presumably the shutter speed was not quite fast enough? 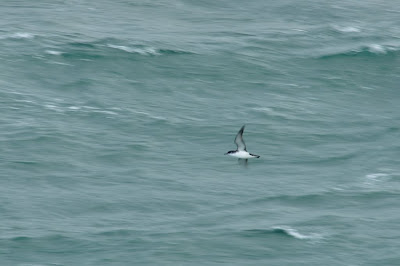 The image below is a Balearic Shearwater in heavy moult. Balearics are a regular sight in Cornwall in the summer months though their sightings mask their true rarity as a world breeder. No more than 11,000 pairs breed in the Med and these numbers are in decline. 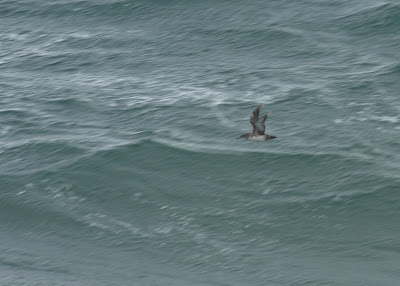 The Balearic below is a particularly dark individual - their variation in colour and extent of shading is quite noticeable. 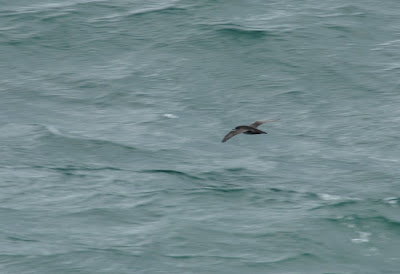 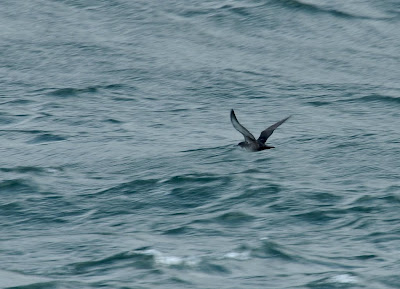 An unusual shot of both Manx and Balearic together clearly highlighting the differences in colour. 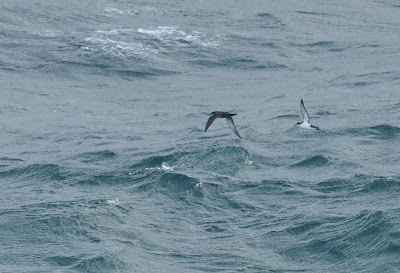 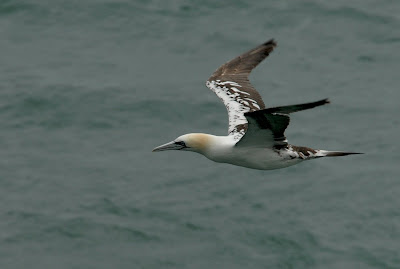 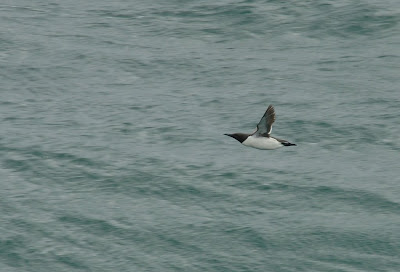