Roseate Spoonbills were locally common in small numbers is most suitable habitats.  They are wary birds though, and I only had a couple chances to get any decent shots.  The first image is a pair of adults and the two below show a first year bird. The species is a resident breeder in South America, mostly east of the Andes and in coastal regions of the Caribbean, Central America, Mexico, the Gulf Coast of USA and on Florida's Atlantic coast at Merritt Island.  The photo's below were taken here.  They are indeed stunning birds and one of Florida's speciality birds to see. 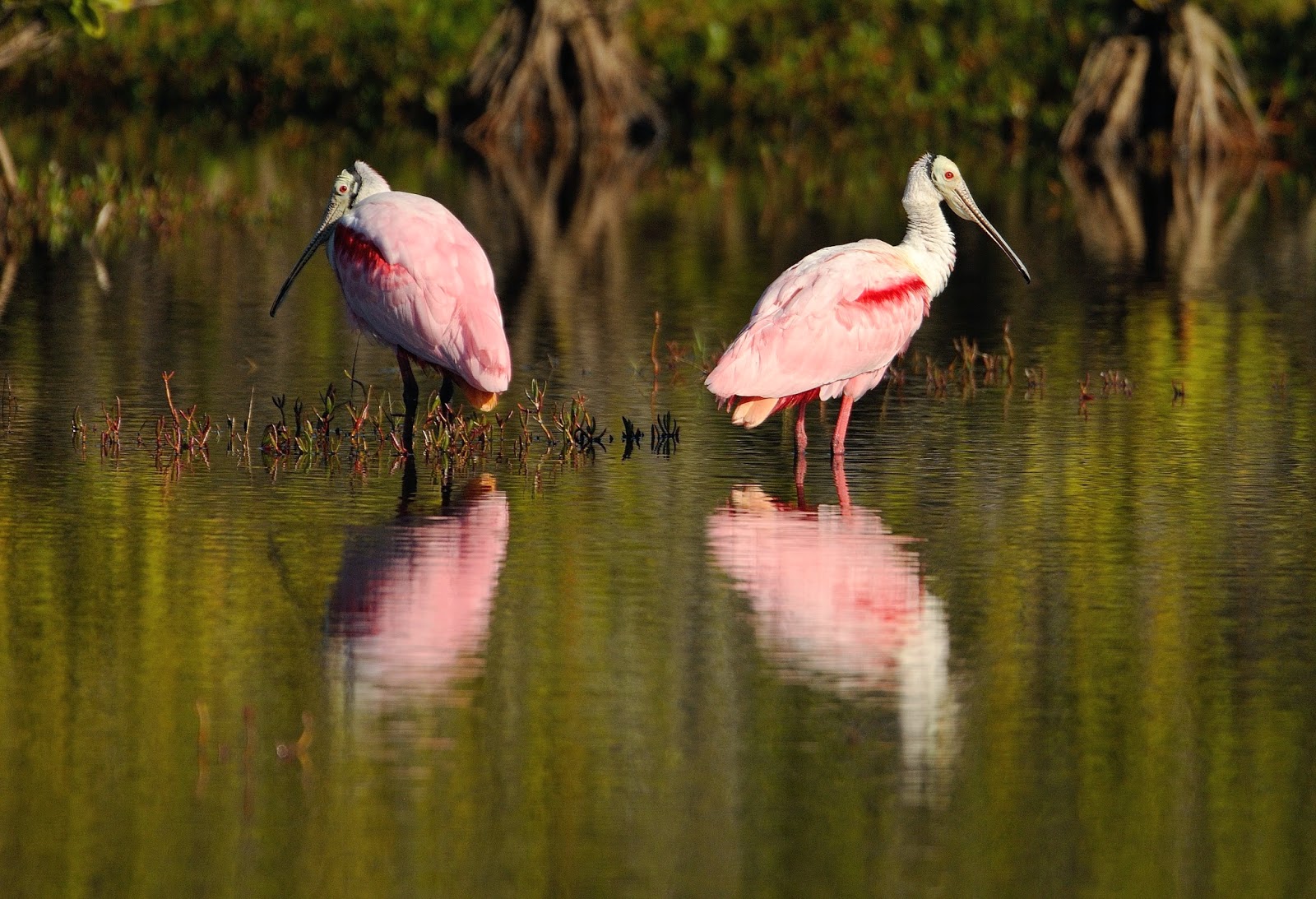 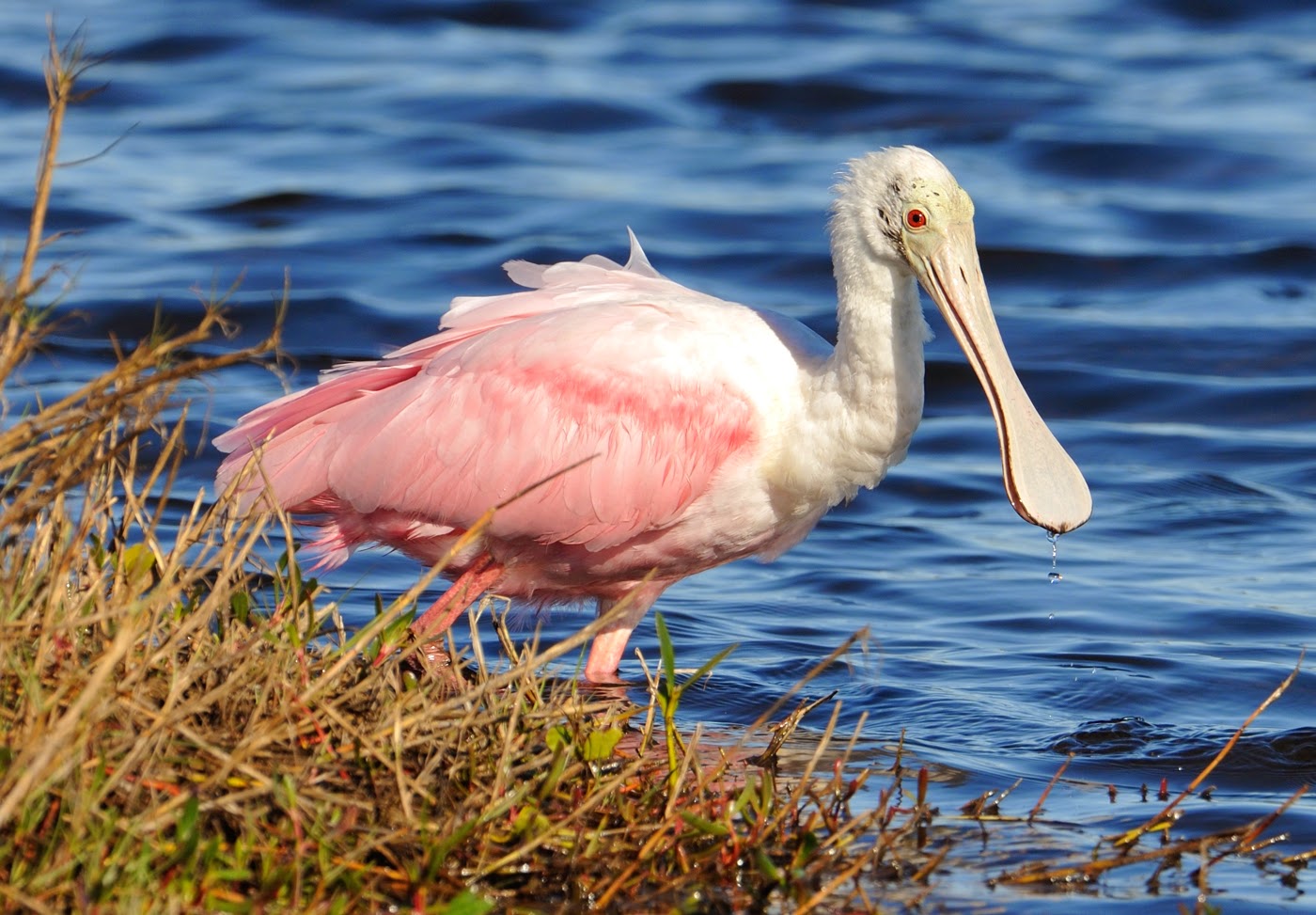 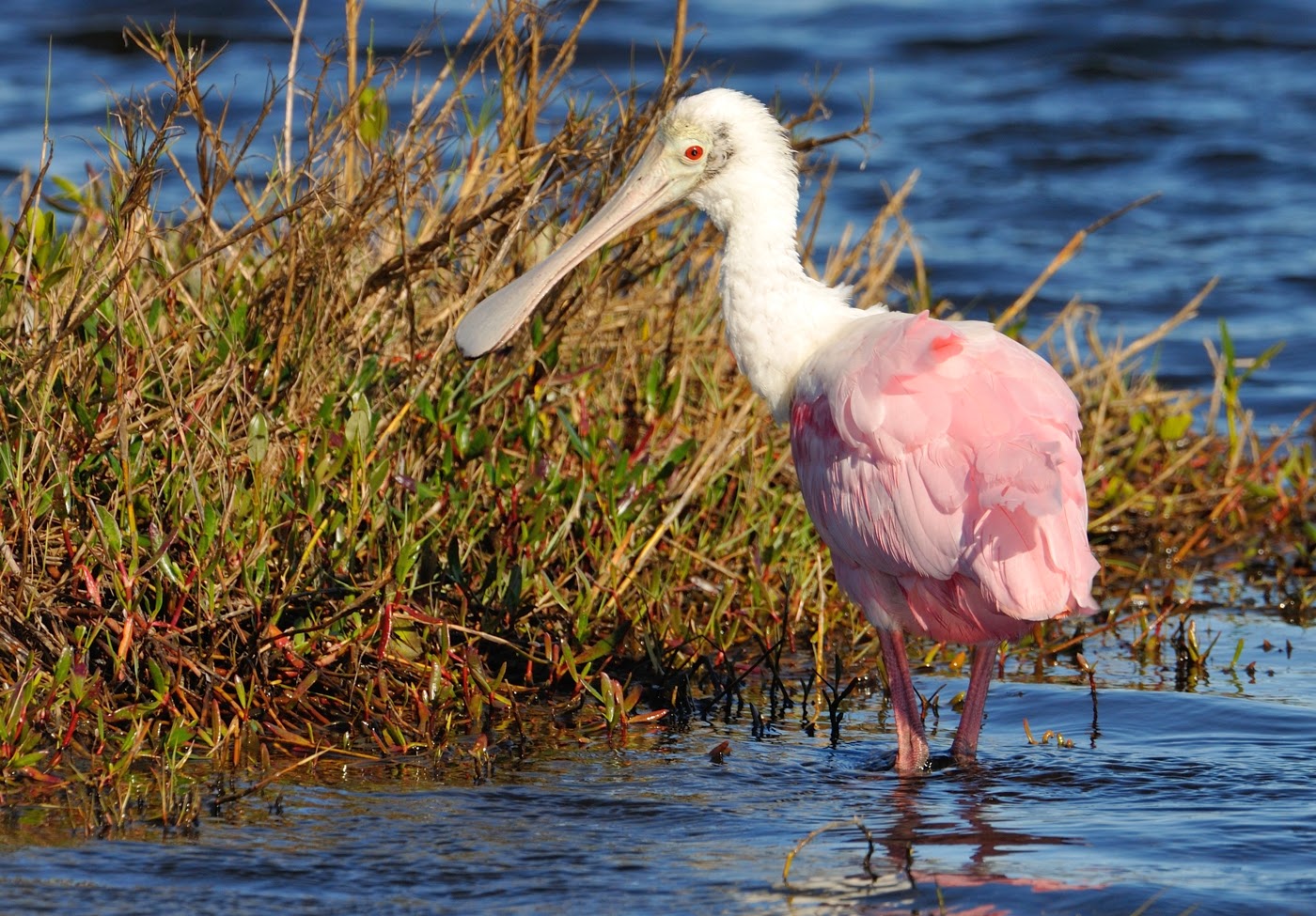