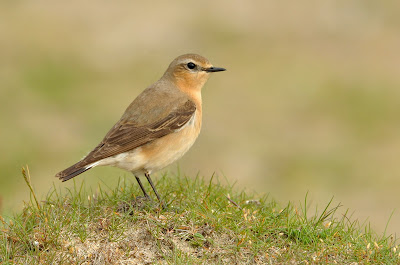 This female Northern Wheatear was one of four females at St Gothian Sands NR this week. Females normally migrate later than the males as the latter need to get to their breeding areas earlier and establish the territories. Wheatears do breed in small numbers in the county and these four could presumably also be local birds.

The image above was taken with the 600mm fixed lens with no converter used. Distance approx 10 yards.