First for Cornwall has a sting in the Taiga

Congratulations to Phil Clarke on finding Cornwall's first Taiga Flyatcher and only the UK's fourth. The odds on finding a county first are extremely slim and years of patch work in the St. Just area finally paid dividends for Phil. Unfortunately this bird spoilt the party though and promptly disappeared overnight, leaving locals distinctly upset.


But what can you do? The ID of such a rarity was still unsure as light fell. With a late afternoon find in quickly declining light, the first person to call is your closest neighbour with a camera...these shots were timed at 16.45hrs...ten minutes later it's dark. Sadly it disappeared overnight. The images were analysed that evening (Fri 6th) and the identity confirmed. 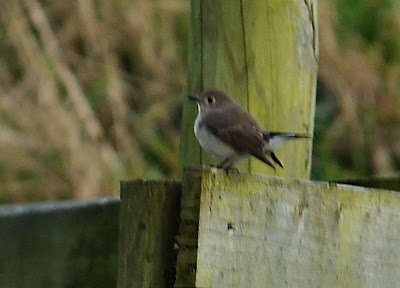 Key features of this bird are the all-black bill, black upper tail coverts (clearly visible on two of the images), neat row of pale spots on the greater coverts, pale edges to the tertials, pale nape and "shawl", generally dull white-grey underparts (compared to Red-breasted's buff colour) and a subtley different head pattern to RB Fly. 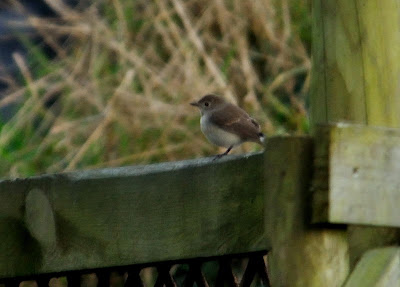 The BOU admitted Taiga Flycatcher (Ficedula albicilla) to Category A of the British List following the occurrence of an adult male at Flamborough Head, East Yorkshire on 23-29 April 2003 (sight record, trapped, photographed). 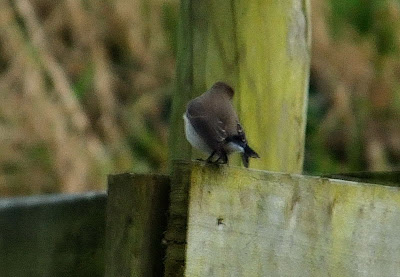 Many thanks to Lisa Williams for allowing the shots to be featured. Please note that they are Copyright to Lisa and should not be copied or right clicked without her permission.
Posted by swopticsphoto at 22:39