A strong north westerly forecast showed some promise and duly delivered some pleasing seabirds, all relatively close inshore today. One or two crackers but no fireworks, one might say today. 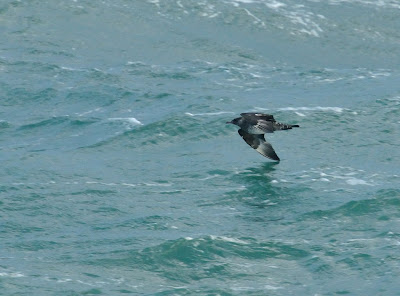 One of the highlights (above) was a single Pomarine Skua skimming low over the water. The Balearic Shearwater below was one of fifteen seen during the morning. 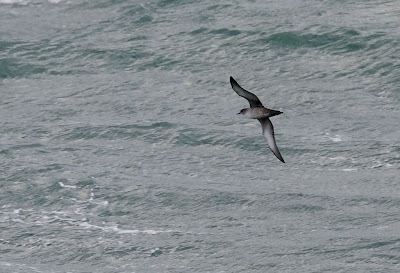 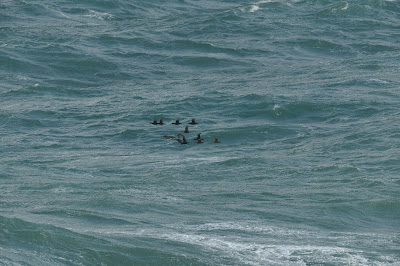 A single first winter Common Tern was the only tern seen today. 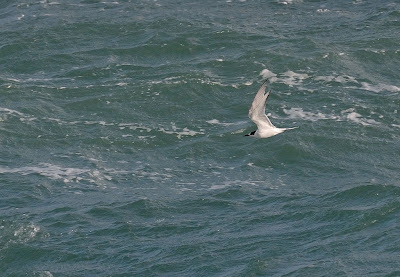 The grey rump and fading dark secondary wing bar can be seen on the image below. 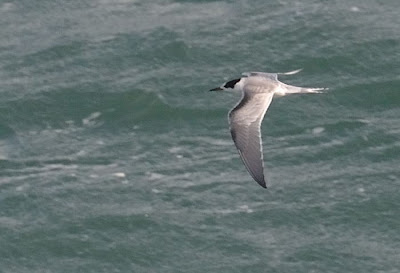 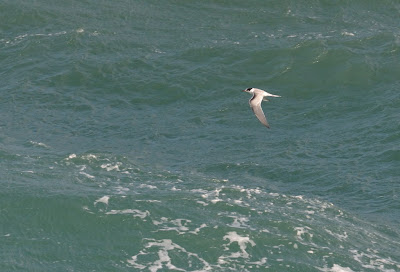 Thousands of Kittiwakes were streaming past the island. It was pleasing to see that 50% at least were juveniles, indicating a successful breeding season. 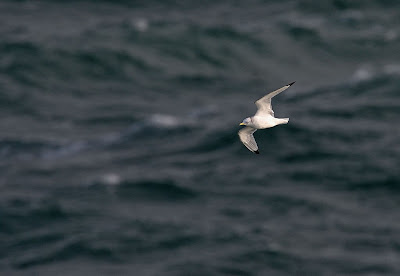 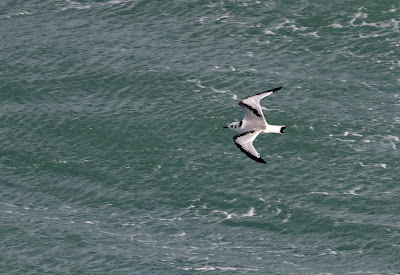