I took these shots of a juvvy Great Skua at St Ives Island this morning. Whilst the majority of the Bonxies are uniform dark this bird was noticeably paler and more ginger. The contrast between the pale body and dark wings is striking. The head also appears to be darker than the body. There is also some contrast between the dark primaries and paler reddish-brown secondaries. The rump and upper tail coverts are also barred (similar to a Pomarine Skua). 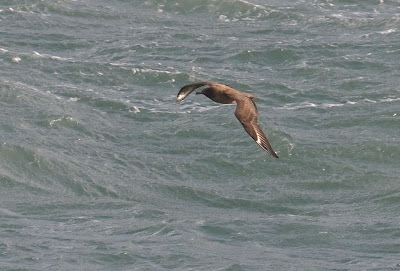 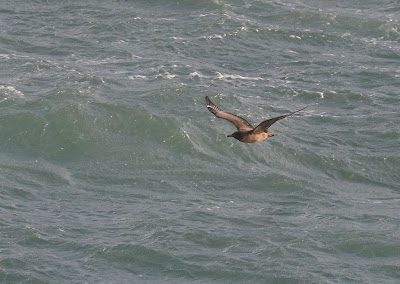 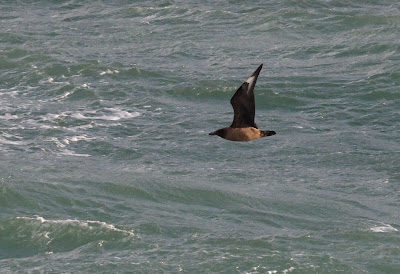 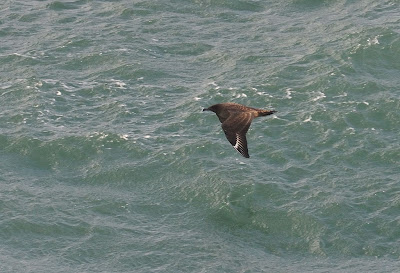 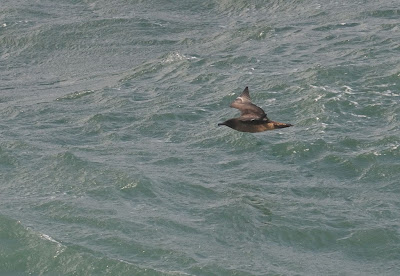 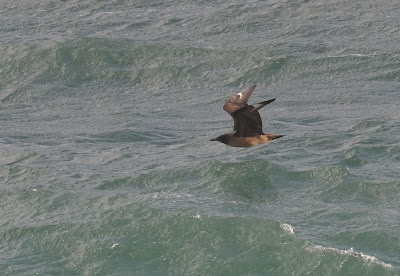 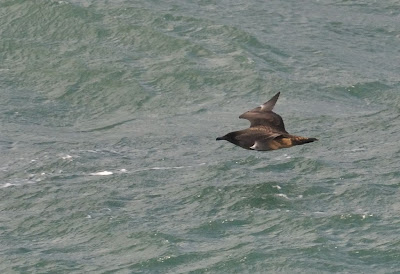 Many thanks to Martin Elliott and Royston for help in confirming the age and identity of this individual.
Posted by swopticsphoto at 21:07