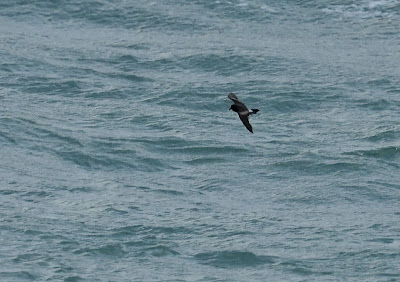 Royston Wilkins phoned me to tell me that he had just seen a dark rumped petrel off St Ives Island today.  Within 40 minutes I was on site and had seen five Leach's but sadly didn't connect with the darker bird which had flown into St Ives Bay.  Both Royston and Camborne birder Steve Cox found the bird very close to the beach, in fact, in the exact area as the old sewage outfall, so no more than 100 yards or so from the island car park.  From Royston's and Steve's verbal description, the assumption is a probable Swinhoe's Petrel though dark rumped Leach's Petrels cannot be ruled out.  I won't be putting any descriptions in this blog as I didn't see the bird.  In the meantime, the two Leach's Petrel images below were taken today in the exact area of the dark rumped bird.  So near but so far. 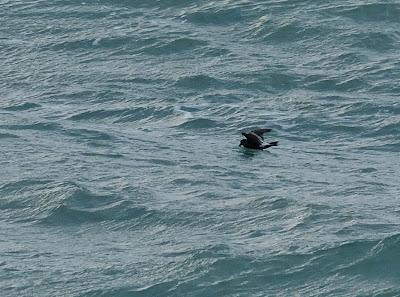