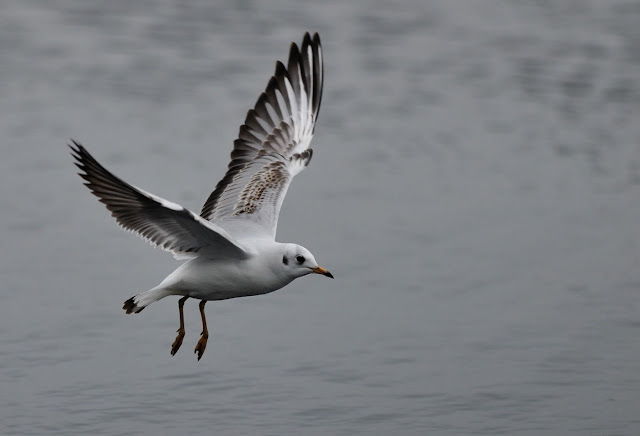 These Black-headed Gulls images were taken this afternoon from the Golden Lion hide at Stithians.  The light was very poor, as it has been for the last few weeks.  The aperture was wide open at F/2.8 using a 300mm Nikon lens.  The shutter speed barely reached 1/250s.  Exposure was -0.3 EV though I have increased the EV to +0.15 in CaptureNX post-processing software.  The ISO was set to 800. 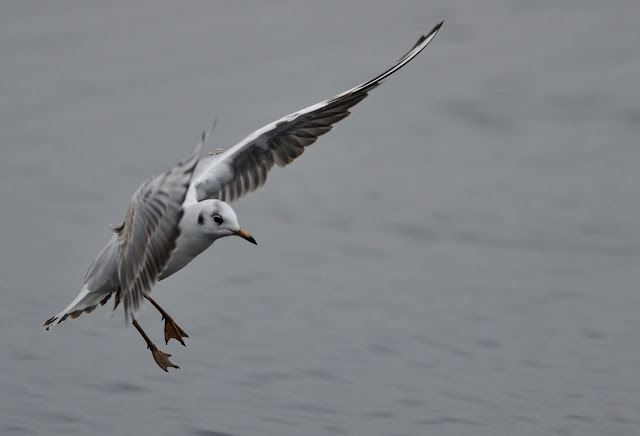 About 20 gulls were flying around the hide at about ten yards distance.  There's not a lot of birds around at the moment so these flight shots were ideal target practice.  I used the camera's matrix metering and 11 point focus, allowing the focus point to lock on to the nearest point.  This function seemed to work today on close subjects though generally on more distant birds, I find this function temperamental. 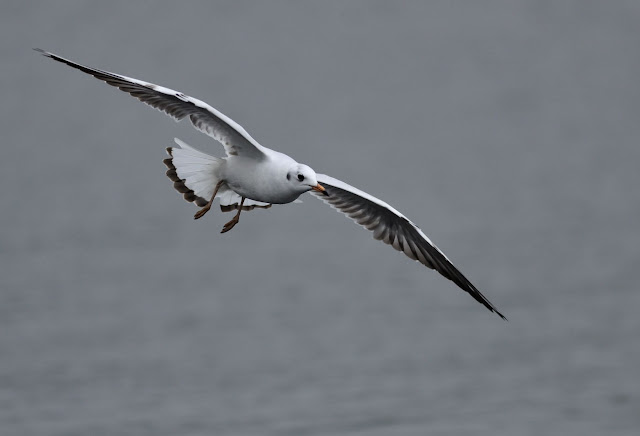 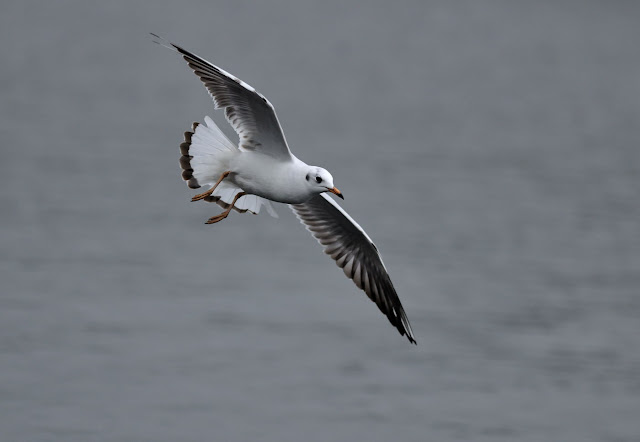 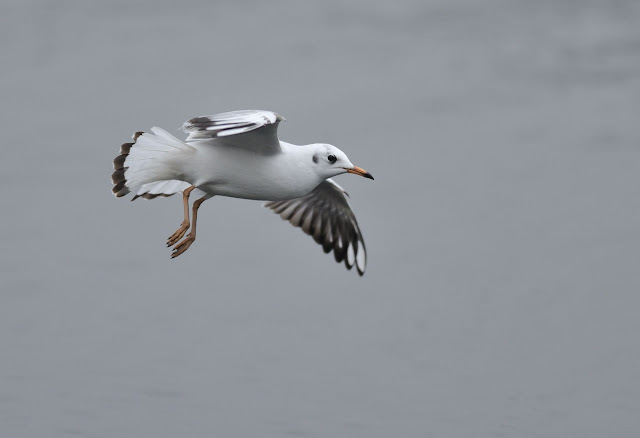 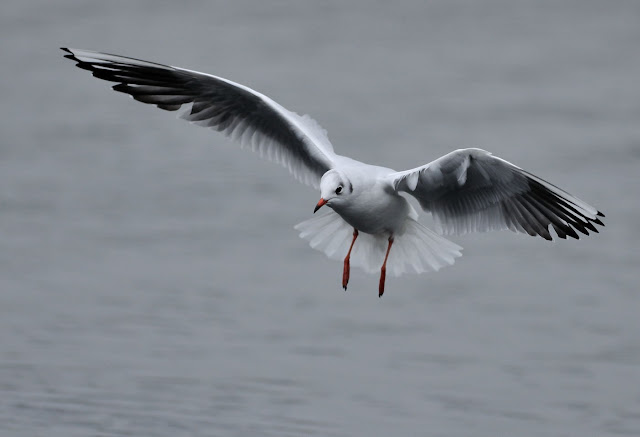 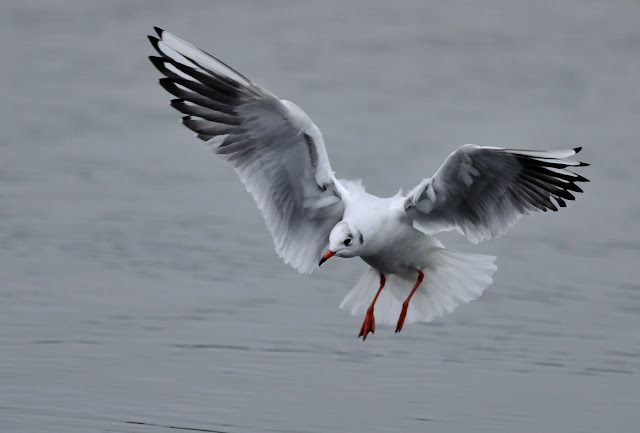