The continuing run of easterly airflow over the south west has resulted in a brilliant start to the Spring. There have been no less than four Purple Herons this Spring in west Cornwall with two showing well at College and
Marazion this weekend.  There are about 40 records of this stunning heron in Cornwall and records seem to be increasing in recent years.  Indeed, in 2006, a pair were present at College up to the end of June, though no breding was proved.

Purple Heron breeds in Africa, central and southern Europe, and southern and eastern Asia. The European populations are migratory, wintering in tropical Africa; the more northerly Asian populations also migrate further south within Asia. It is a rare but regular wanderer north of its breeding range, as we have witnessed in Cornwall.

The two record shots below were taken today at Marazion today. 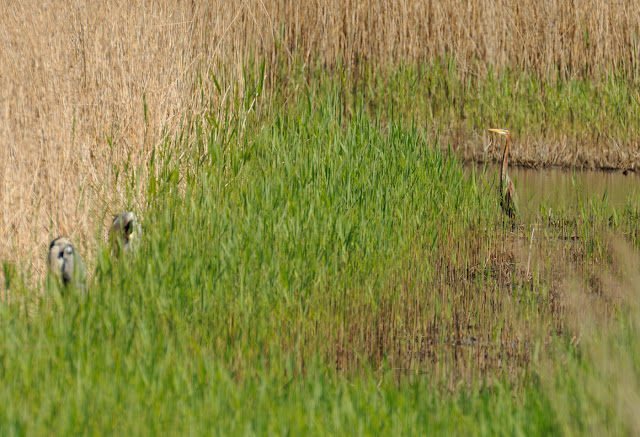 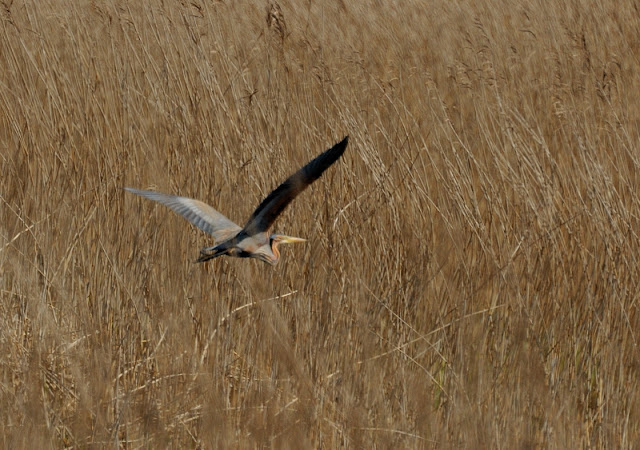