I revisted Windmill Farm in the hope of re-finding the Vagrant Emperor but had no such luck.  I did catch up with this nice male Red-veined Darter though.  Whilst nowhere near as rare as a Vagrant Emperor, Red-veined Darter is a fairly frequent migrant, principally to southwest England. There are scattered records from elsewhere and the species has reached Scotland. The species breeds nearly annually, but colonies are seemingly not stable.  Breeds in large shallow water bodies such as rice paddies in Southern Europe. 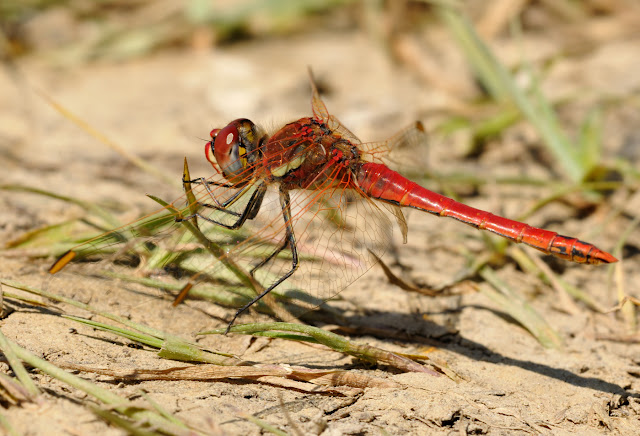 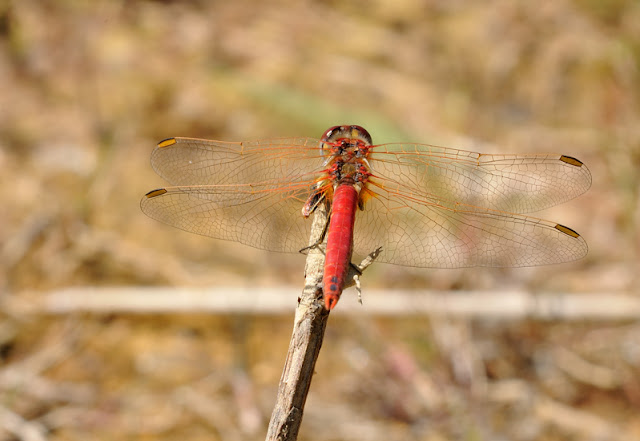