The following is a report on all North American birds reported on mainland Cornwall this Autumn.
Summary:
In one of the most exciting periods of birding for many years, no less than thirteen species occurred.  The jewel in the crown must surely be awarded to the first year Scarlet Tanager at St Levan, closely followed by the Greater Yellowlegs at Treraven and the first year female Bufflehead on the Lizard.  Each followed the same pattern of an all too brief, two day stay.  The supporting cast of numerous Pectoral Sandpipers and Buff-breasted Sandpipers will be remembered forever.
Weather:
Hurricane Katia was the main reason for the incredible run of rarities.  Katia is a Greek name and means Pure.  To a Cornish birder, this can be extended to Pure Delight as this is what Autumn 2011 was to most of us.  Hurrican Katia has been written about extensively across the internet and more detail can be found HERE .
In summary, as a post tropical cyclone, Katia moved quickly from the Eastern USA seaboard, north towards Newfoundland and then across the Atlantic.  It was then expected to start affecting the UK during September 11th with hurricane force wind speeds and possible hurricane force wind gusts. On September 9, in preparation for this both the Met Office and Met Airenann started to issue alerts and warnings for parts of the British Isles.  They warned that parts of the British Isles were likely to experience gale-force and storm-force windspeeds during September 11th and 12th which could be strong enough to uproot trees. The maximum wind gust recorded in the United Kingdom at a non-mountain station on the day of landfall was 81 mph (130 km/h) at Capel Curig, Wales.  From an analysis of the Cornish records, it is easy to see that Katia was responsible for the large number of waders that started to appear from the 12th September.
Species:


Bufflehead. The Waterings, Lizard. 26th-27th Oct. First Year Female.  Also seen briefly on 29th Oct at Loe Pool.  This is the first record for Cornwall and given its age, lack of leg-irons, plumage condition, location and time of year, its provenance would seem impeccable. 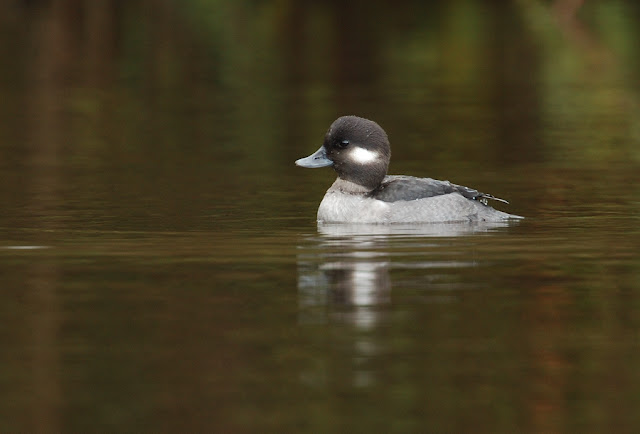 Buff-breasted Sandpiper.  At least fifteen individuals, occurring in two defined "waves" across the county.  The peak counts were a flock of five at Stithians Reservoir and conservatively, presumably the same flock, plus two more at Predannack Airfield (restricted military access) mid September.  The record of surprise was one was one at Pendeen Lighthouse; whilst watching migrating seabirds, the Buff-breast was seen to fly around the rocks before flying north. 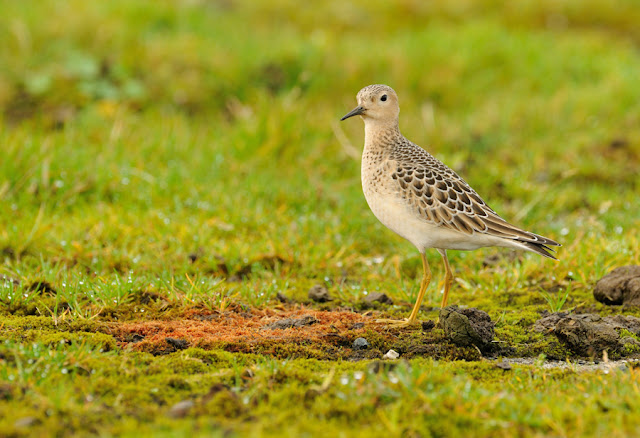 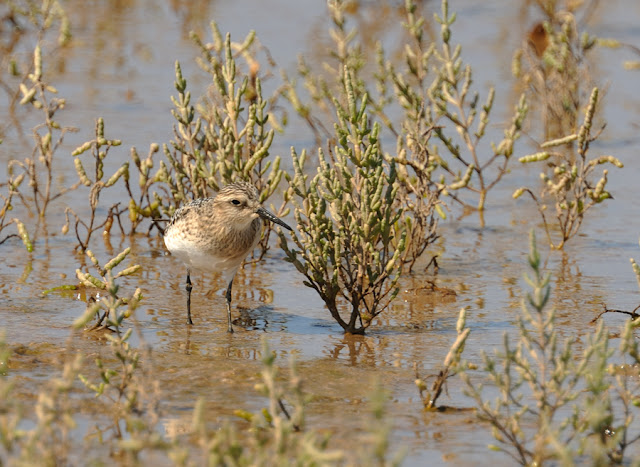 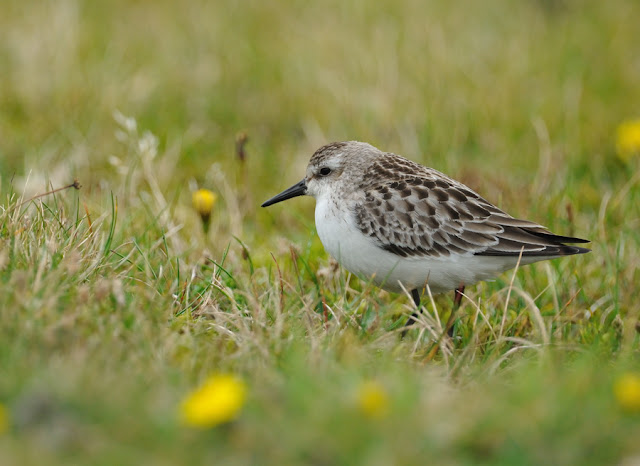 Pectoral Sandpiper.  A conservative count suggests as many as 18 birds were involved.  The first was at Hayle on the 4th Sep and last at Drift on 25th Oct.  Highlights were the four birds photographed together at Drift Res in front of the hide and three together at Davidstow on 1st Oct. 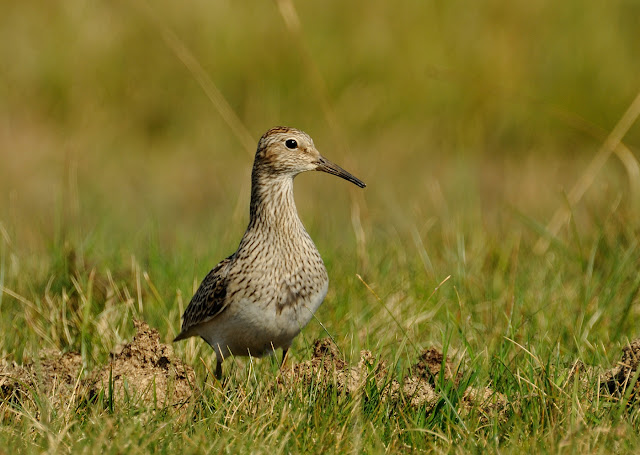 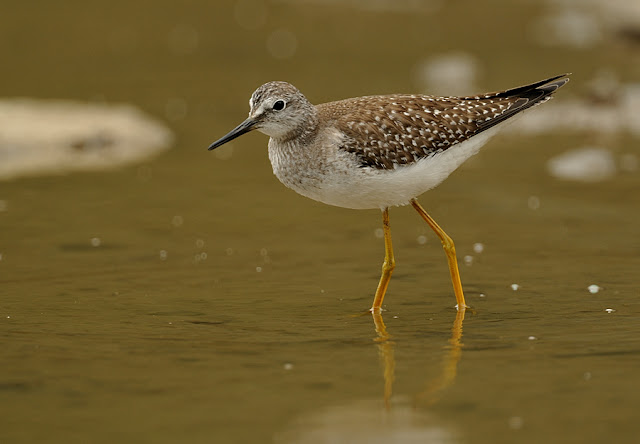 Greater Yellowlegs. Treraven Meadows 12th - 13th Adult.  The second record for Cornwall though arguably now the first.  The 1955 record of one at Upper Tamar Lakes was most likely seen on the north lake which politically sits inside Devon.  Either way, this is a long-overdue vagrant and one that was on many "prediction lists".

Bonaparte's Gull. Sennen Cove. 28th Oct - 1st Nov Adult resting on the beach and feeding during the day on the fields near the school.

Scarlet Tanager. St Levan. 20th-21st Oct. First year, probably female.  This is the second record for mainland Cornwall and just the fifth for the UK.  The previous record was 30 years ago at Nanquidno. Found by Dave Lewis on the 20th, him and Matt Southam observed it four times at close range as it fed on pear fruit in Grey Gables garden.  Incredibly, just 25 or so birders saw it next day at 9.45am for just three minutes.  That was the last good view of this stunning bird.  (Of interest, another Scarlet Tanager appeared on St Mary's on the 22nd.  It was initially thought to be the same bird.  However, this was a first year male and comparison of photo's by Jane Turner strongly suggests that two birds were indeed involved.  The St Levan bird was most likely a first year female). 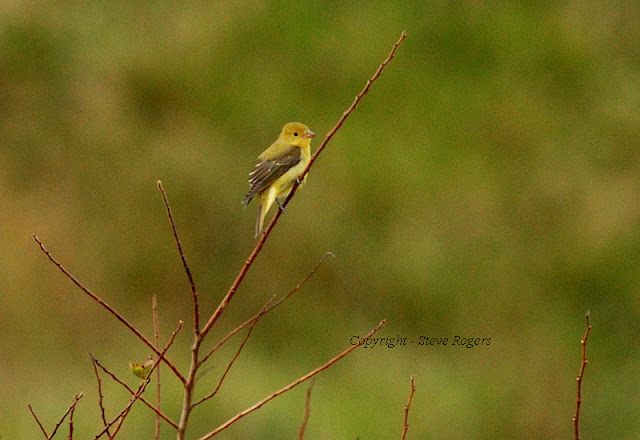 I like the name Katia.
Posted by swopticsphoto at 19:04